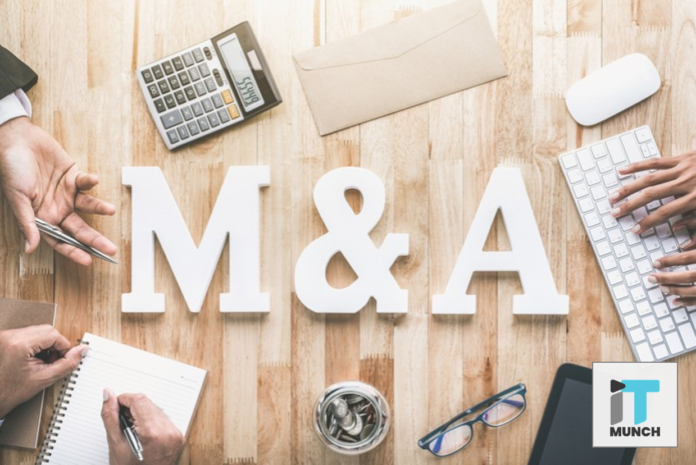 Tech mergers and acquisitions in 2017 hardly got any hit with only a few to mention, such as Verizon acquired Yahoo, Apple purchased Shazam and some other deals clutching the main headlines.

However, 2018 is different. The first half of the year alone saw $2.5 trillion in tech mergers, setting a pace to make it the biggest year for major corporate deals ever. However, in 2018, as per Deloitte’s annual study of M&A activity, technology acquisitions topped the list of acquisitions. Along with, adding new products and services as well as increasing customer base in existing markets.

Here is a list of the 13 most surprising tech mergers that stole the headlines in 2018:

IT mainstay IBM acquired Red Hat for around $34 billion which made this deal the biggest in the market where an open source company was involved.

The North Carolina-based company offers Red Hat Enterprise Linux as its main product along with open-source enterprise software to companies.

Red Hat is known to be the first Linux company to break the billion-dollar-per-quarter record, especially now post its acquisition by IBM.

SAP acquired Qualtrics for $8 billion in November, right when Utah-based tech unicorn was preparing for an IPO.

The purchase happened right after Qualtrics set its IPO price range at $18-21.The company mentioned in its IPO filing that its revenue increased by 42 percent going up to  $184 million, which is way more than it rival SurveyMonkey. It was most recently valued at $2.5 billion.

SendGrid was founded by developers with the aim of improving ways for developers to send emails.

With this acquisition, Twilio aims to integrate SendGrid with its own cloud communications platform for creating an all-in-one platform for business expansion.

Oracle announced on 15 November that it had agreed to acquire SD-WAN specialist vendor Talari Networks. This association has led the company to focus on Software-Defined Wide Area Network (SD-WAN) which said to be a modern way of connecting enterprise networks.

“The addition of Talari’s technology is expected to complement Oracle Communications’ leading Session Border Controller (SBC) and network management infrastructure by adding high availability and Quality-of-Experience (QoE) connectivity and cloud application access across any IP network with the reliability and predictability of private networks,” Oracle said in a statement.

Terms of the deal were not disclosed. Taller had raised more than $50 million before being acquired, according to Crunchbase.

DocuSign acquired SpringCM for $220 million in cash. DocuSign is known for providing secure solutions for electronic exchanges of contrasts and signed documents.

By bringing SpringCM under its wing, DocuSign plans to modernize its Systems of Agreement. 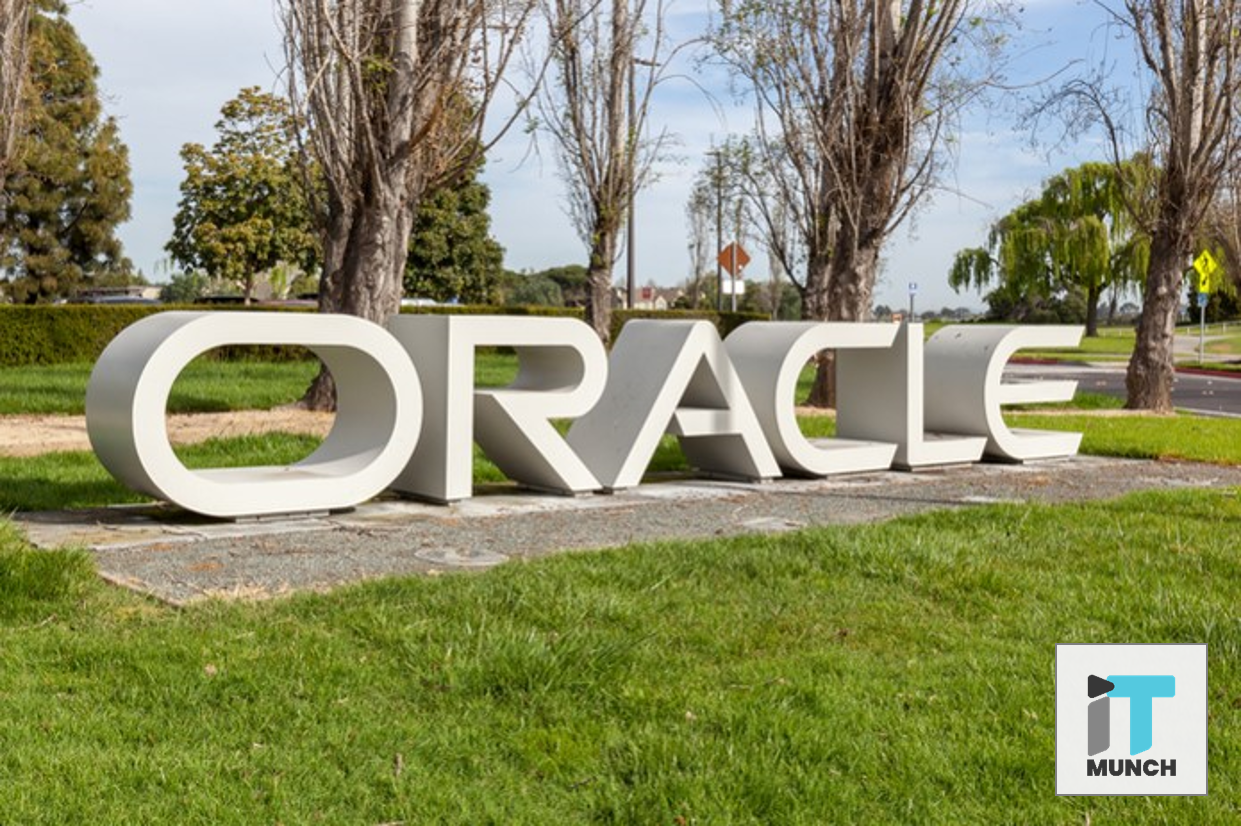 Oracle along with DataFox will enhance its cloud applications with additional company-level data and signals. This will help their customers to make better business decisions.

Oracle and DataFox together would improve clous applications along with AI-driven company-level data, as well as provide powerful recommendations to improve businesses as a whole.

Cisco became a security-focused vendor by acquiring Duo Security, a company that had quickly built itself up to unicorn status (valued at more than $1 billion) in August. This step by Cisco was indeed a huge change.

The Ann Arbor, Michigan-based company focuses on cloud-based two-factor authentication, which should help Cisco compete with the leader in this area, the recently public Okta.

The modern workforce is connecting to critical business applications both on- and off-premise because of the multicloud world that we all live in, wrote the executive vice president and general manager of Cisco’s networking and security business, David Goeckeler in a news release.

“IT teams are responsible for protecting hundreds of different perimeters that span anywhere a user makes an access decision.Customers will be able to address complex and challenging multi-and hybrid-cloud environments due to Duo’s zero-trust authentication and access products integrated with our network, device and cloud security platforms.”

Cisco has already achieved the $2.35 billion acquisition which is proving to be a way to boost its ‘intent-based networking’ into multi-cloud environments. Duo’s SaaS product will be integrated with Cisco ISE eventually.

AT&T completed the acquisition of cybersecurity vendor AlienVault in August.

The Spanish-founded company is now based in Silicon Valley. It specialises in threat intelligence and incident response through its Unified Security Management platform and Open Threat Exchange.

AT&T will create a new cybersecurity solutions division as a result, which will be led by AlienVault President and CEO Barmak Meftah.

Meftah, said in a statement, “we will have the opportunity to simplify a complex problem and automate how customers tackle their cybersecurity needs due to this association. We will make real-time threat information actionable and achievable by combining our phenomenal threat detection, incident response, and compliance security platform with AT&T’s managed security capabilities.”

Thaddeus Arroyo, CEO of AT&T Business, added: “Businesses of all sizes will be enabled to defend themselves better due t AlienVault’s cybersecurity talent and threat intelligence capabilities along with the combination of our ability to deliver innovative threat detection and response solutions at-scale..”

The financial terms of the acquisition were not disclosed. AlienVault had raised nearly $120 million since it inception in 2007 along with a $52 million round in 2015 led by Institutional Venture Partners.

The Dutch-founded company is now based in Massachusetts and Gartner considers it as a no-code leader due to its growth.

Mendix will still operate out of Boston, though now it will be a part of Siemens’ Digital Factory Division.

“Doubling down on R&D investments and geographical expansion” will be possible through for Mendix by joining Siemens was mentioned by Mendix CEO, Derek Roos in a blog post.

“Associating with Siemens gives us unprecedented access to deep industry network, expertise, and know-how,” he added. “Together with our partners’ processes and business ethics, we will be able to extend the Mendix platform with deeply integrated vertical solutions across a wide range of industries.

“Combining low-code with best-practice solutions and templates will provide even more value and speed to market for our customers.”

The addition of corporate software to the chipmaker’s business surprised Wall Street analysts. “The deal was an important building block in his strategy to create one of the world’s leading infrastructure technology companies”, said Broadcom CEO and President, Hock Tan.

The announcement was made just four months after the Trump administration blocked Broadcom’s planned takeover of rival chipmaker Qualcomm. The deal is expected to close in the fourth quarter of this year, subject to regulatory and shareholder approval.

Workplace collaboration darling Slack is buying up the competition it usurped – Atlassian’s HipChat and Stride assets – to discontinue them, and in exchange Atlassian will take a stake in Slack.

Slack’s  CEO Stewart Butterfield confirmed on Twitter that the company will take Hipchat and Stride IP and shift those users onto its own service.

As the startup continues to take on collaborate with established enterprises like Microsoft, it will provide a boost in users for Slack. This seems to have remodelled its collaboration software on Slack’s with Teams, a sleeker approach to teams-based working than Skype for Business.

Bloomberg in one of its news reported that the unusual deal will allow Atlassian to focus on its project management services, such as Jira and Trello, while allowing Slack to continue to bolster its chatops efforts.

Though the amount of the deal was undisclosed, there are more detail to emerge during Atlassian’s upcoming quarterly earnings report. 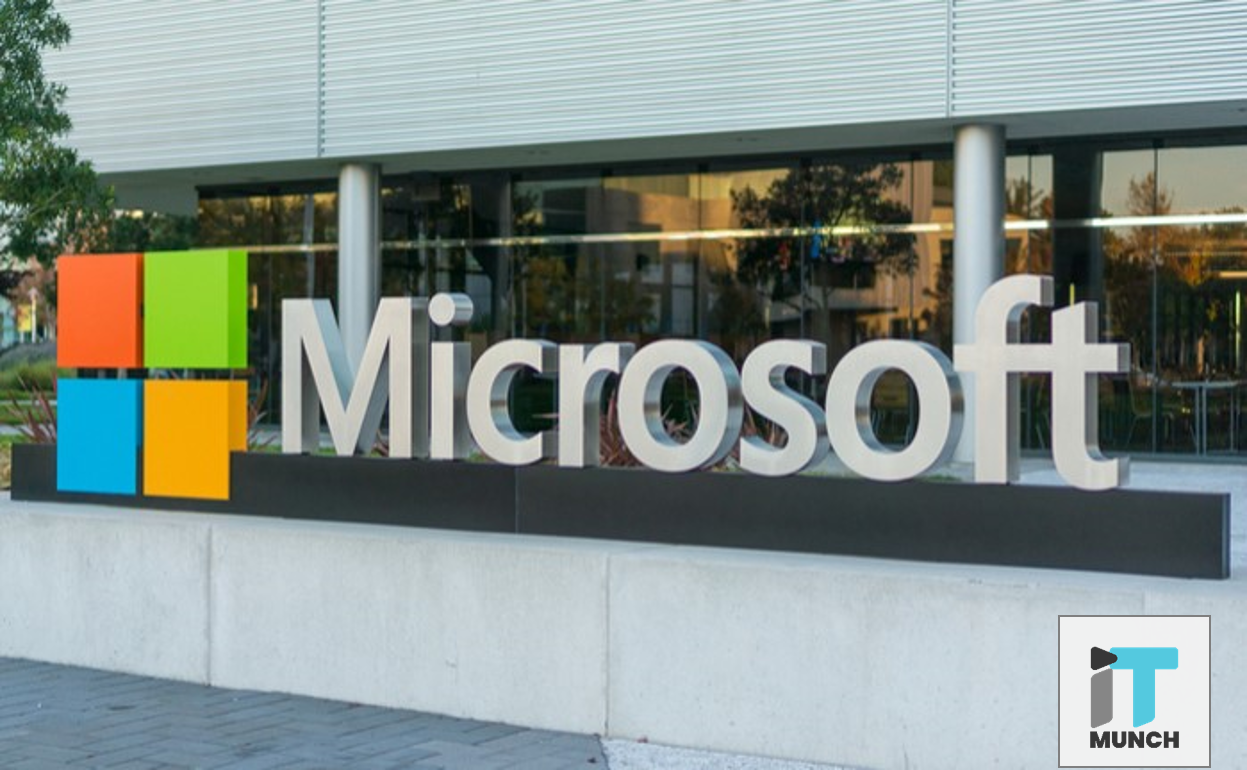 Microsoft acquired Bonsai, a Berkeley, California-based company that specialises in reinforcement learning and added to its expanding portfolio of AI startups.

Bonsai is building a platform that enables industrial customers to improve the operations of dynamic control systems in applications such as wind turbines,  robotics, and engines.

The platform is designed in a way that will give subject matter experts of any AI aptitude the power to specify and train autonomous systems. Microsoft’s corporate VP of business AI, Gurdeep Pall,  explained in a statement that Bonsai would form an integral part of Microsoft’s Azure AI platform of tools.

Pall went on to say, “To make AI more accessible and valuable for all, and to be an AI developer, we have to move past the barriers to development, empowering every developer, regardless of machine learning expertise. Bonsai has made noticeable progress here and Microsoft remains committed to furthering this work.

Creating its own list of acquisitions, HR and financial planning software specialists Workday made a pair of acquisitions in the summer, beginning with Adaptive Insights in June and followed by Stories.bi in July.

Adaptive Insights is a Palo Alto-based cloud financial planning software maker. Workday will look to leverage to improve its existing Workday Financial Management platform with it.

Chief products officer Petros Dermetzis wrote in a blog post: “With this incredible team and their industry-leading technology unified with Workday, we will accelerate customers’ finance and business transformations all throughout the organization with a powerful combination of integrated planning and a complete finance suite of products.

It will be brought in to boost the Workday Prism Analytics suite, with Workday VP Peter Schlampp writing in a blog post: “With the addition of this incredible team and technology, we will make our analytics products to be more intelligent and our UX to be more conversational. This will help our customers to easily find better opportunities to improve their business without the extra effort of digging through data or wait on detailed reports.”