Trending in the latest finance news, European ministers are convening to discuss levying a tech tax on American companies. The negotiations have intensified as they want to impose a European Union-wide tariff on US-based companies like Amazon, Facebook, and Google. A final decision has still not been taken, since some member countries are opposing the implementation of such a tax. Read on to find out everything you need to know about the potential tech tax that will affect the revenues of US tech companies. 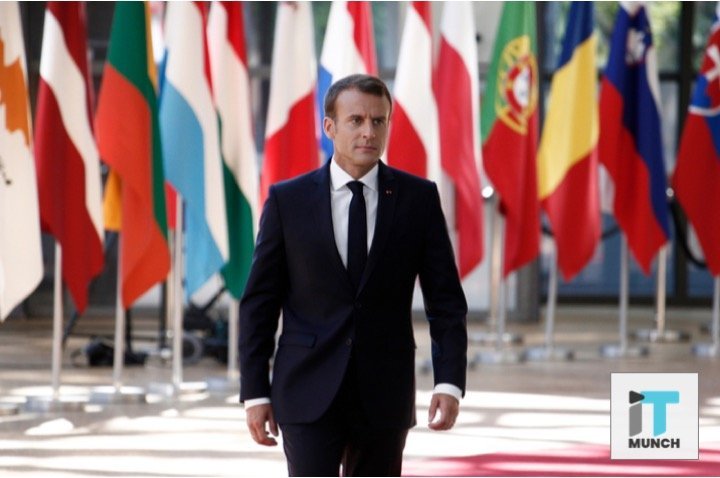 What is the Tech Tax Being Levied on American Tech Companies?

According to the latest tech news, certain member countries of the EU want to secure a deal by the end of 2018. Currently, Austria holds the presidency of the European Union. The Austrian finance minister, Hartwig Löger, stated that governments have reached an agreement to, “work intensively at a technical level over the coming weeks and months.”

The talks held in Vienna focused on the European Commission’s proposal to levy a three percent tax on digital companies. It would be imposed on their revenues earned from selling users’ data and online advertising. It would also include the provision of intermediary services that connect sellers and buyers.

Why Does the EU Want to Levy a Tech Tax?

A group of nations including France, have championed the tax proposals in order to ensure that global tech corporations cough up their fair share of taxes.

Recently, after the discussion with other governments in Vienna, a few diplomats highlighted how the tech tax proposal remains controversial for some countries. Ministers of countries like Denmark, Ireland, Finland, and Sweden have warned that imposing tech tariffs will have major consequences for the EU.

They stated that plans will cause a rift in transatlantic relations, and make it difficult to reach a global consensus on the proposal of taxing the tech industry. Additionally, it would mean pulling the EU out of sync with international business practices elsewhere.

Which Companies Will Be Affected By the Tech Tax?

The tech tax would be applicable to global tech giants with high revenues. This would comprise of annual global revenues of €750 million ($870 million) and EU revenues of €50 million ($58 million). Last year, the online retailer Amazon was fined a whopping €250 million ($289 million) over allegedly illegal tax benefits.

The Belgian government has estimated that the proposed tax would affect around 150 of the largest tech companies. It would help raise €5 billion ($5.8 million) annually.

When Will the EU-Wide Tech Tax Be Implemented?

Under the rules of the EU, the tech tax would require unanimous support from all the member countries in order to come into effect.

The French president, Emmanuel Macron, is strongly backing the tax proposal. He has argued that the tech companies who make staggering profits across the European continent are barely taxed. The reasons behind this are the national tax code’s inability to monitor online activities and sophisticated tax planning techniques.

The plan is a temporary measure decided upon by the European Commission and France to boost tax collection. It will be some time before the global discussion reaches a conclusion and a permanent solution is brought into action.

Subscribe to iTMunch for the latest updates, news, and developments in the world of finance and technology.

As its fundraising delays, SoftBank’s second Vision Fund can be near-sighted

LinkedIn will sunset Sales Navigator for Gmail, previously identified as Rapportive, on March 18

Marketing Priyanka Khanapure - February 22, 2020
It is the norm for the course that influential tech programs will start a lot of services, then sunset those that are less familiar. LinkedIn...

Facebook’s current research is Hobbi, an app to document your particular projects

Marketing Aditi Gade - February 21, 2020
Facebook is combining another app to its collection of innovative projects from the NPE Team, an enterprise it published last year centred on quickly...

Marketing Priyanka Khanapure - February 20, 2020
As the streaming conflicts warm-up, Netflix is expecting a new partnership with Samsung will back it defend off opponents. The Specifics of the Partnership At Samsung’s...

Tinder analyses current social features, including prompts and a ‘Share to Matches’ choice

Marketing Prerna - February 19, 2020
Tinder is examining a set of latest social features intended to encourage communications between users on its service. Updates About The Latest Updates One of the...

Marketing Aditi Gade - February 18, 2020
Walmart is closing down its private shopping service, Jet Black, on February 21, after striving to find approval or extra investment. The service had provided...

Facebook’s current research is Hobbi, an app to document your particular...

Rise of the Bitcoin: 3 Main Reasons and Expectations

iTMunch - December 18, 2017
We use cookies to ensure that we give you the best experience on our website. If you continue to use this site we will assume that you are happy with it.Ok