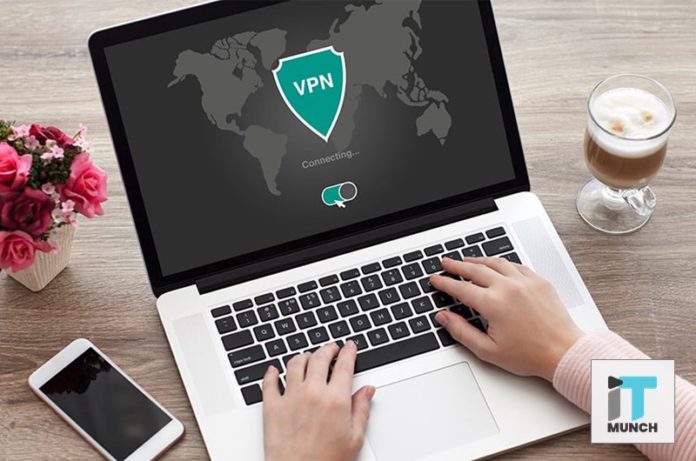 At first, a virtual private network or a VPN can seem complicated to use, but it is actually quite simple. As data privacy becomes an increasing concern for internet users everywhere, tools like VPN offer much-needed robust protection. Without wasting time, let’s dive straight into what is a VPN and how it improves security and privacy. 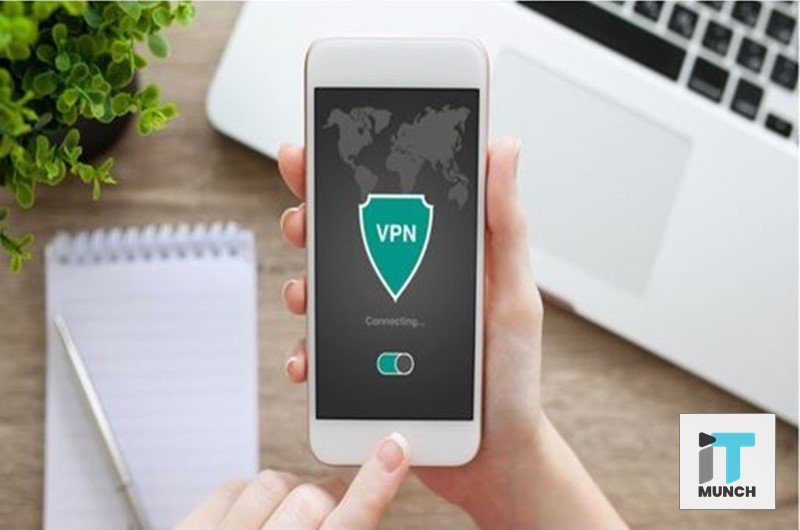 What is a VPN?

Simply put, a virtual private network is a program or service that allows users to access the web privately by connecting to a secure offsite server. This is done using an encrypted tunnel-like connection, which allows the user’s IP address to be masked.

When a user connects to a VPN, all the data sent from their device to the private network gets ‘encapsulated.’ This means every packet of data is placed inside another packet. With a VPN connection, the data is encrypted making it tamper-proof. Some networks use SSL (secure sockets layer) for encryption while others use PPTP (Point-to-Point Tunneling Protocol) or IPSec (IP security)

While VPN was originally used for businesses, companies now offer services to consumers due to their immense security benefits.

How Does a VPN Work?

The best way to understand how VPN works is to think of it as a secure tunnel between a computer and the websites visited on the internet. The user’s computer connected to a VPN server that could be located anywhere in the world from the United States to the UK, Sweden, France, or Thailand. The web traffic moves back and forth through the server. The end result of this is that as far as the websites visited are concerned, the user is browsing the site’s from the geographical location of the server and not the user’s location.

Are VPNs Legal to Use?

Once, the user is connected to a VPN, it becomes difficult for governments and troublemakers to spy on the user’s web-browsing activity. This brings us to the next question: is it legal to use a VPN? The answer is yes and no. Overall, VPNs are okay to use in most countries such as Canada, the United States, the UK and the rest of Western Europe. In countries with authoritarian governments that monitor and censor citizen activity, people use VPNs to access blocked sites. However, this is illegal and VPNs are not allowed in countries such as Turkey, China, United Arab Emirates, Oman, Russia and North Korea.

Why Do Internet Users Opt for a VPN?

There are a few reasons why users opt for a VPN. Sometimes, companies require employees to set up a VPN in order to work remotely or work from certain IP addresses. Generally, these costs are covered by the company. Even when people legally use services such as BitTorrent they risk ending up on blacklists they may have to defend themselves from. Another reason why users opt for VPNs is because of frequent travel. For example, certain video and audio streaming services are only available from American IP addresses.

Last but not least, the most common reason why users opt for a VPN is due to the security and privacy factor. This is useful while sending across credit card numbers.

How to Choose a VPN Provider

Before making the decision to invest in a VPN, users must do thorough research on how VPNs work. Ideally, VPNs should have many server locations and servers, many unique IP addresses, and offer support for multiple devices. Generally, it can be used on smartphones, tablets, computers and other devices. Just like search engines, VPNs offer varying degrees of privacy. 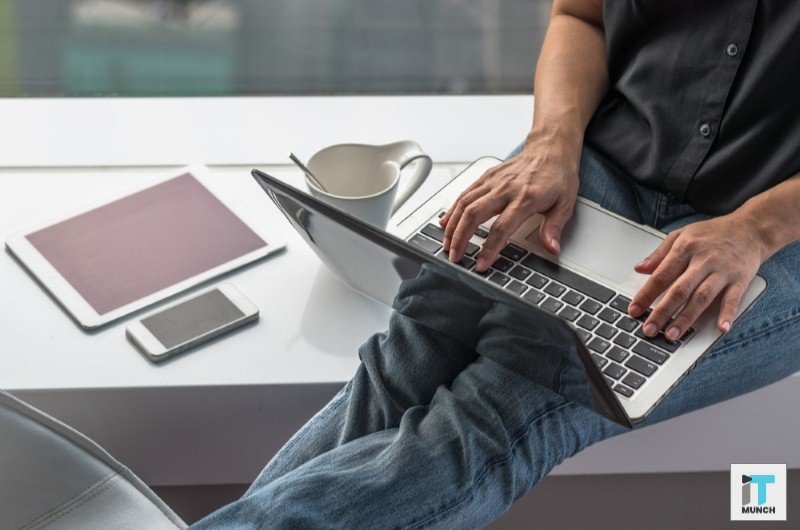 Factors to Consider While Choosing a VPN

There are a few questions to ask before selecting either a free or paid VPN. These include what the VPN is going to be used for, what level of privacy is required, what is the preferred speed and location, and how much is the allocated budget.

If the VPN is being used to connect to a specific IP such as an office address, one needn’t be worried about specific locations. Accessing location specific content requires certain geo locations. In order to do so, check the VPN website to confirm whether servers in the desired locations can be accessed.

There are free VPN options easily available on the internet. However, like other services on the web, users are most probably paying for the service with their personal data. It is recommended to opt for a trustworthy and reliable paid VPN.

VPNs are known to reduce internet speeds. This is due to the fact that they reroute network connections. While some VPNs publish their download speeds, it is always better to opt for a free trials to test the actual connection speed.

While VPNs generally support Windows, Mac and Linux, users must ensure that VPNs for smartphones will support iOS or Android.

Some VPNs are bundled with spyware and malware protection. But the level of protection varies from service to service, along with the additional program cost. 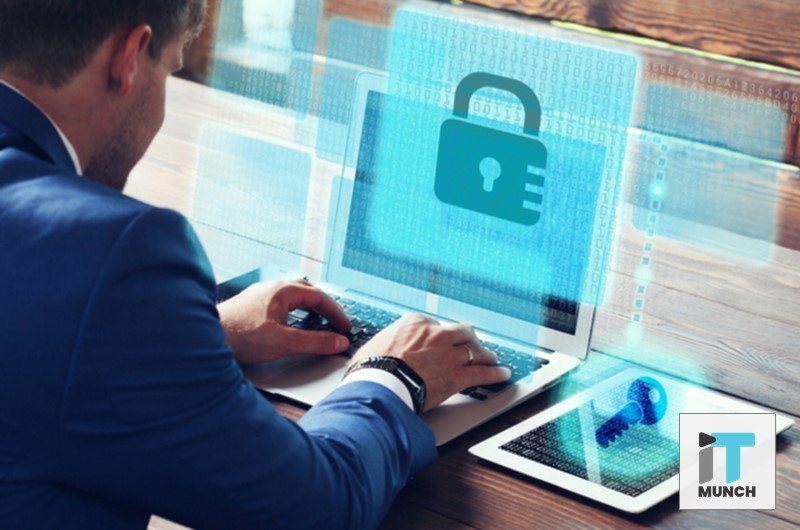 Naturally, a good VPN service will cost money. This will include robust data servers, infrastructure, data transfer, employees, and more. However, if the service is offered for free users need to understand the type of compromises that must have been made. These could include questions like whether data activity is being logged for personal reasons, if the VPN is displaying its own ads and most importantly, whether the data is being sold to third parties.

The Best Free and Paid VPNs to Choose From

Given below is a list of some of the most popular and widely-used VPNs available today.

It is available in the United States with exit servers in Canada, the UK, Netherlands, Switzerland, etc. The service does not store activity logs except for email addresses and payment information. With the use of shared IPs and protocols like SSL, PPTP, L2TP, IPSec, Private Internet Access supports Windows, OS X, Android, and iOS. The pricing plans start from $7 per month to $40 per year.

The well-known VPN native to the United States has exit servers in 10 American cities as well as countries in South and Latin America, Asia, Africa, Europe, Middle East and more. While WiTopia does not store any personal user information, it saves payment details and registration information. It deletes logs on a weekly basis. The pricing plans range from $50 per year to $70 per year.

This Panama-based network offers exit servers in countries such as Romania, Ukraine, Panama and the Netherlands. While it stores payment and registration information, TorGuard purges its logs daily and doesn’t even store logout and login times. The built-in VPN supports Windows, iOS, Linux, OS X and Android as well as protocols such as L2TP, PPTP and SSL. It offers specific pricing plans for anonymity (from $6 per month), torrenting purposes (from $5 per month) as well as overall VPN services (from $10 per month)

This Hungary-based VPN offers exit servers in its home country. TorVPN does not store any data besides bandwidth usage and payment information. It uses protocols like SSL, SSH, PPTP and supports Windows, iOS, Linux, Android and OS X. TorVPN offers free usage limited to 1 GB per month downloads, while premium accounts range from $7 per month for 5 GB per month to $38 per month for 100 GB

It is available in the United States with exit servers in Singapore, the UK, and the Netherlands. ProXPN stores minimal activity logs and collects information such as email addresses, bandwidth usage, payment information, connection duration and log in and log out times. The proXPN policy is to keep logs only for a fortnight or less. With the use of protocols like SSL and PPTP, proXPN supports Windows, iOS and OS X. The VPN offers a free plan as well as premium plans that start from $10 per month.

What a VPN Can’t Do

It is important to understand that there are many ways user behaviour can be tracked online. Even with a VPN, cookies enable web services like Amazon, Facebook and Google to monitor internet usage. It can only do so much to make online activities anonymous. Sometimes trusting VPNs can prove tricky in case of a legal investigation when it will be required by law to hand over log information to authorities. While it can inevitably be defeated by malware or through the analysis of traffic patterns to correlate activity, security tools like VPN help ensure that users don’t become easy targets.

Virtual Private Networks are a great tool that can be used in conjunction with other programs for users to stay safe online. Before investing in a paid VPN, it is important to educate oneself on the features and variations available on the market.

Subscribe to iTMunch for the latest news, updates and developments in the world of marketing, technology and finance.

5 Unique Gadgets For Your Smart Home