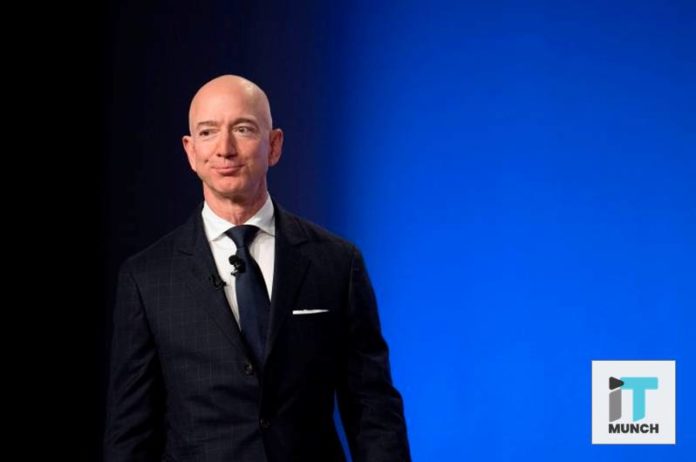 Forbes released its list of top billionaires across the globe on March 5, 2019. The list showed that even the capitalist moguls could face the consequences of weak stock markets and economic forces. The familiar tech giants kept their positions and featured prominently in the list.

Read the latest blog and find out the top 10 richest tech giants of this year. 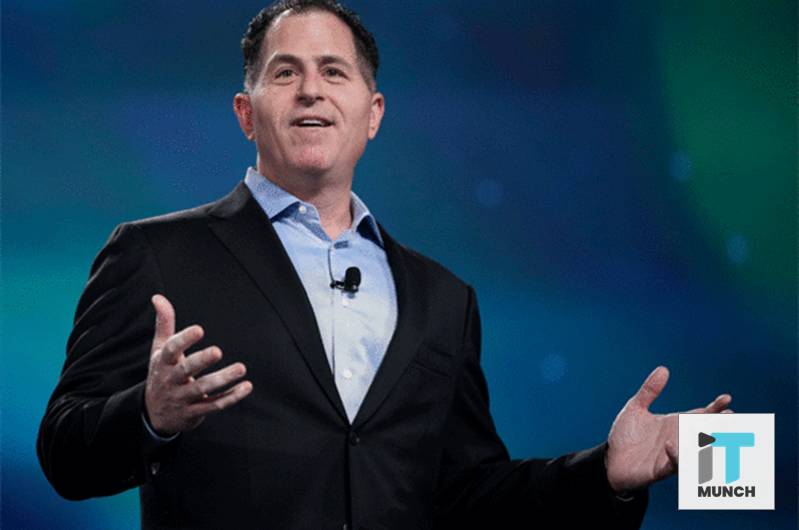 Michael Dell made $80,000 by selling computers out of his dorm room at the University of Texas at the age of 19. He achieved this feat by the end of his freshman year. His company, PCs Limited had $1,000 in start-up capital. After this, he dropped out of college to run his company full-time. PCs Limited then became the Dell Computer Corporation and finally is known to be Dell Inc now.

As of 2016, Michael Dell is the chairman and CEO of Dell Technologies. It was formed after the merger between Dell and the computer storage giant EMC took place. MSD Capital, Michael’s private investment firm has most of Dell’s fortune. MSD Capital has stakes in various hotels and restaurants. 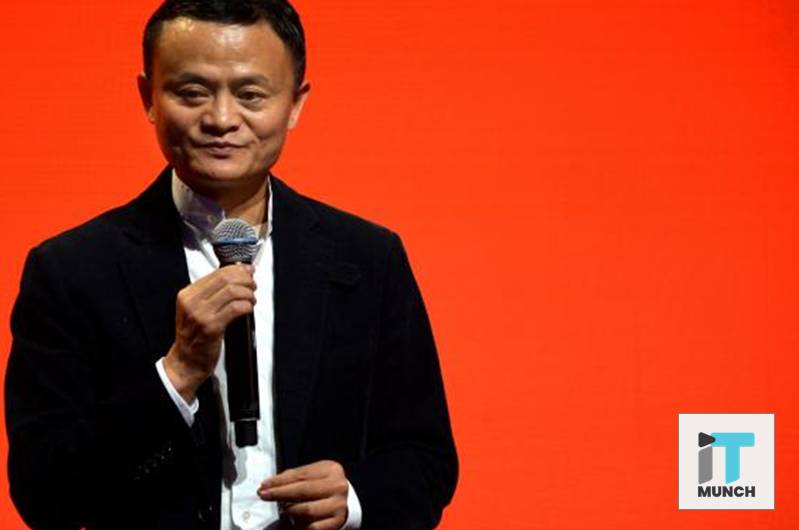 Jack Ma is the richest man in China. He is the chairman of Alibaba, which is the largest e-commerce site in China. He founded Alibaba in 1999, as a second shot after failing at his first internet based business venture known as Chinapage. He started out as a teacher, then started Chinapage and then eventually went on to start the Alibaba Group with a bunch of potential investors at his home.

His dream was to  facilitate international trade for SMEs based in China. The company’s IPO took place in 2014 in New York. It set the world record as the world’s biggest public stock offering. Alibaba raised $25 billion. Jack Ma announced that he would step down as Alibaba’s executive chairman in September 2019, and it will be headed by CEO Daniel Zhang. 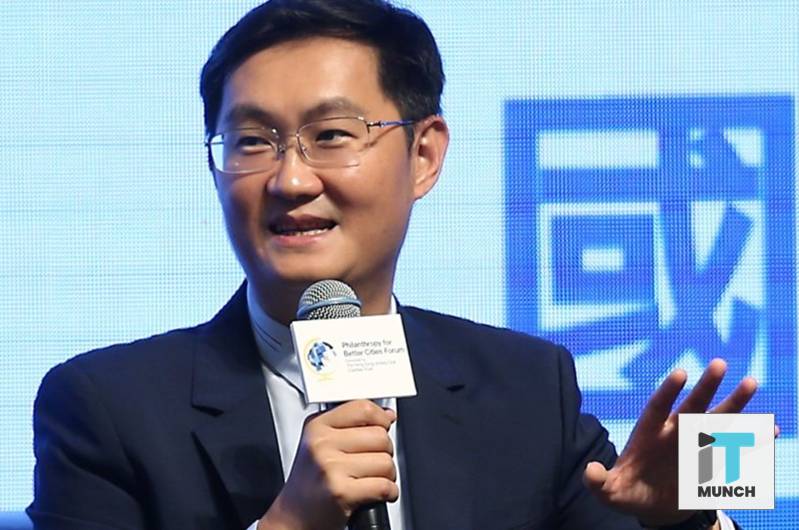 Ma Huateng is the chairman at the Chinese internet giant firm, Tencent Holdings. Tencent was cofounded with his friends in the year 1998. It ranks among the country’s largest businesses by market cap. He is also known as Pony Ma, which is a play on his last name, which means horse. 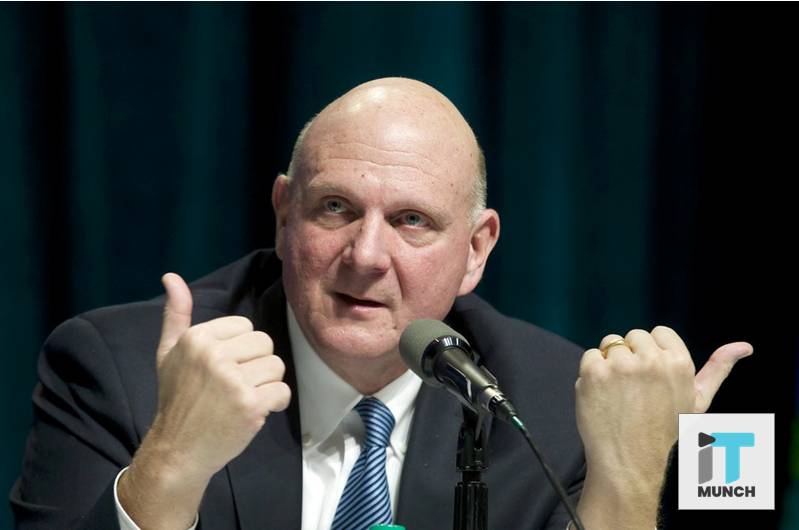 Steve Ballmer led Microsoft from 2000 to 2014 as the CEO. He joined Microsoft in 1980 as their thirtieth employee. He did this after he dropped out of Stanford’s MBA program.

Steve Ballmer oversaw Microsoft at a difficult time, which was after the first dot.com crash. He also helped Microsoft push through efforts to catch Google in search engines and Apple when it came to mobile phones.

When he chose to retire from Microsoft, he bought the NBA’s Los Angeles Clippers. This cost him $2 billion. Since his retirement, he has been giving funds to charity and has really ramped up his philanthropy. He has put more than $2 billion into a donor-advised fund. The main objective of this fund is to lift Americans out of poverty. 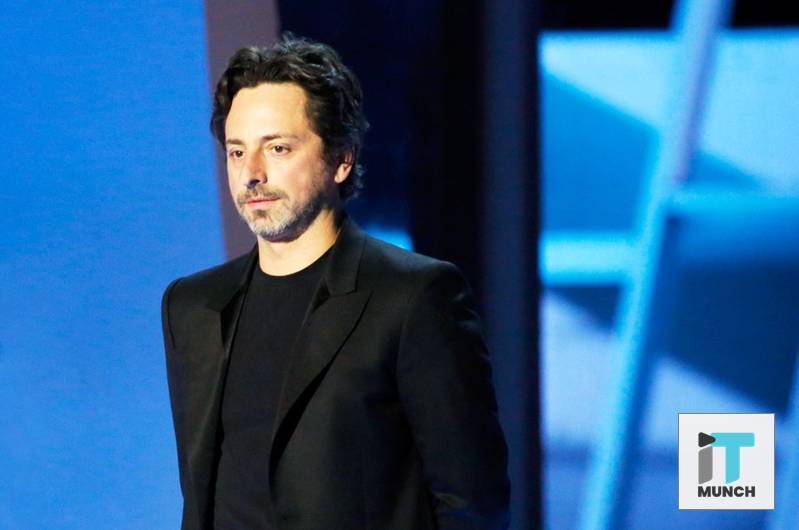 Sergey Brin is the president of tech giant Alphabet. Alphabet, as you know is the parent firm of Google, arguably one of the most successful sites on the Internet. He used to be responsible for running the secretive Google X division, the ones that made the ill-fated Google glasses.

Sergey Brin cofounded Google as a search engine firm with Larry Page. This was done in 1998. Sergey and Larry Page met at Stanford University while they were studying for advanced degrees in computer science. Both Larry and Sergey were extremely intrigued by the idea of enhancing the ability to extract meaning from all the data that was being accumulated on the Internet. So, they began working from Page’s dormitory room.

Google went public in 2004, after which it changed its name to Alphabet in 2015. Sergey Brin still takes an active role in his company. He is all-hands in during meetings. 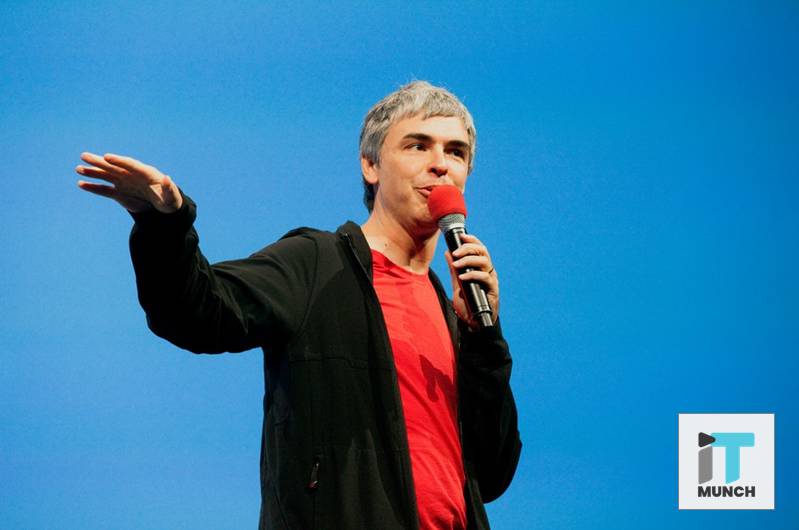 Larry Page sits at the helm of Alphabet, which is the parent company of Google. Not just that, he is also in charge of the healthcare division Calico, smart home appliance division Nest and many more.

He cofounded Google in 1998 along with Sergey Brin. The two of them invented Google’s PageRank algorithm, which powers the search engine and affects all the results you see on your page. Larry Page was Google’s first CEO until 2001. He stepped down for a while because he was serving as president of products, but resumed his position as CEO job again in 2011. 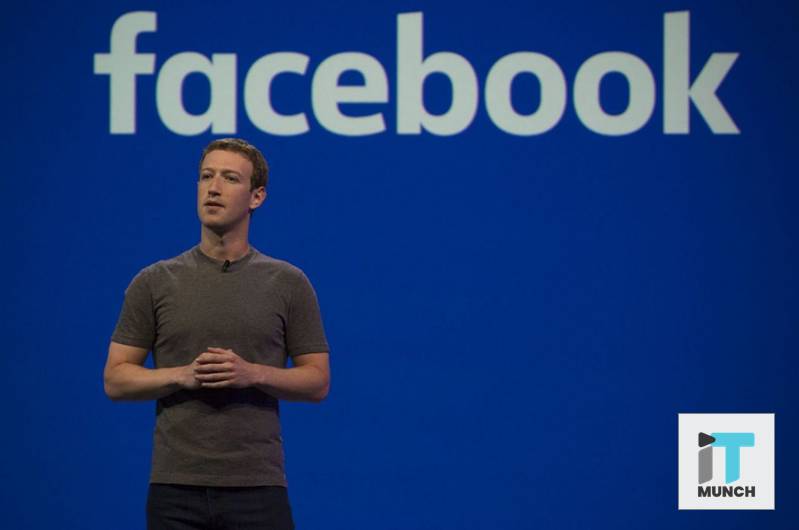 Mark Zuckerberg started Facebook at Harvard in 2004. This was in his college dormitory at the age of 19. Facebook was created for students to match names with respective faces in class. Soon he left Harvard after his sophomore year so that he could concentrate on the development of site. Facebook’s user base has now grown to more than 2 billion people. This made Zuckerberg a billionaire many times over.

He took Facebook public in May 2012. Currently, he owns about 15% of the total stock. In December 2015, Zuckerberg and his wife, Priscilla Chan, made a pledge to give away most of their Facebook stake (99%) over a span their lifetimes. 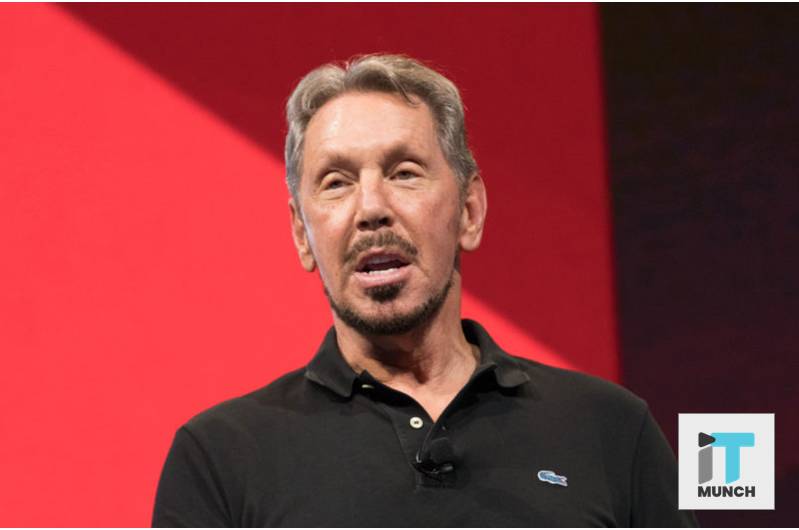 Larry Ellison cofounded Oracle, the software firm in 1977. He wanted to tap into the growing need for customer relationship management databases. He gave up the role of CEO at Oracle in 2014. He still serves as the chairman of the board as well as chief technology officer.

Larry Ellison pledged $200 million to the University of Southern California in May 2016, to help in making a cancer treatment center. He also launched a wellness startup called Sensei in March 2018. The first project Sensei undertook is hydroponic farming which is being done on the Hawaiian island Lanai.

In early 2018, Larry Ellison purchased 3 million Tesla shares. In December 2018, he joined Tesla’s board of directors. 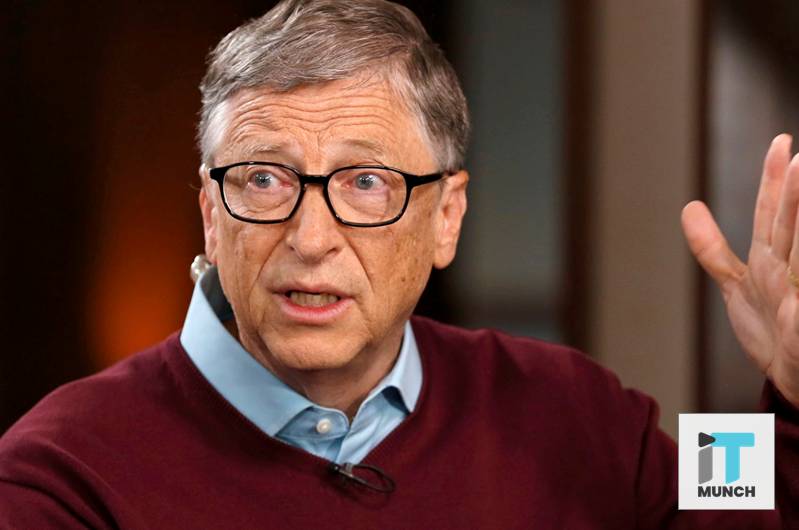 He became a paper billionaire in 1986. Within a decade of this, his net worth increased to tens of billions of dollars. This made him, by some estimates, the world’s richest private individual.

Over time, Bill Gates has sold or given away much of his stake in Microsoft. Currently he owns nothing more than just over 1% of shares in the company. He went on to invest in a mix of stocks and other assets.

He is still a board member of Microsoft, though. In late 2016, Bill Gates announced the launch of a $1 billion Breakthrough Energy investment fund, partnering up with about 20 other people. To stay true to his philanthropist nature, till date, Gates has donated $35.8 billion worth of Microsoft stock to the Gates Foundation. 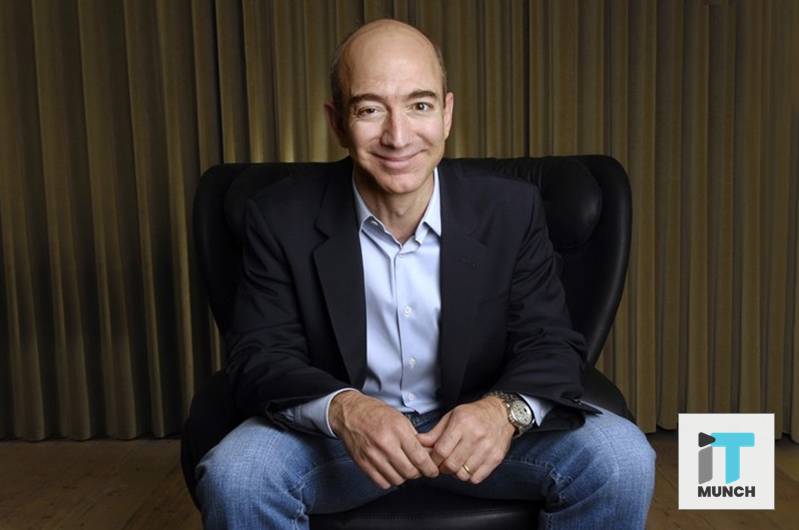 Jeff Bezos played a key role in the growth of e-commerce. He founded Amazon in 1994 out of his garage in Seattle. Till date, he remains the CEO and owns 16% of the shares.

Amazon started out as an online merchant of books and then proceeded to branch out into a variety of other products. Under Jeff Bezos, Amazon grew to become the largest online retailer and the model for all Internet sales.

Amazon managed to pull in $230 billion in revenues in 2018, with a record $10 billion in net profit. This was a $7 billion increase from the year prior.

Amazon was supposed to open a second headquarters in Long Island City, New York but in February 2019, the plans were finally cancelled. This was right after the local lawmakers opposed the plan.

Currently, Bezos also owns The Washington Post as well as Blue Origin, which is an aerospace company that is developing a rocket for commercial use.

Automation Surge Set to Conquer the Tech World in 2019