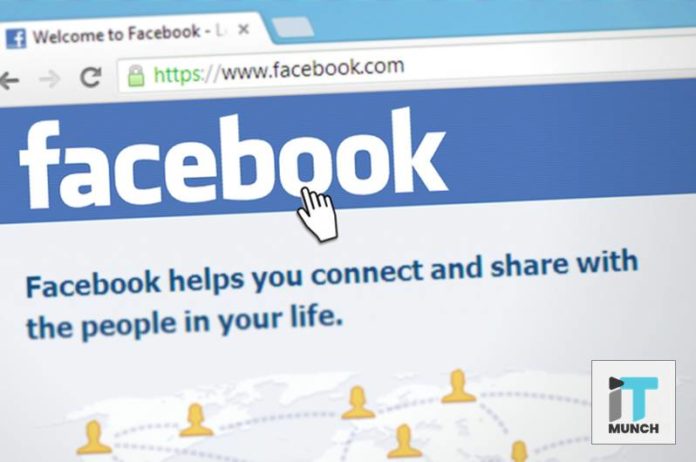 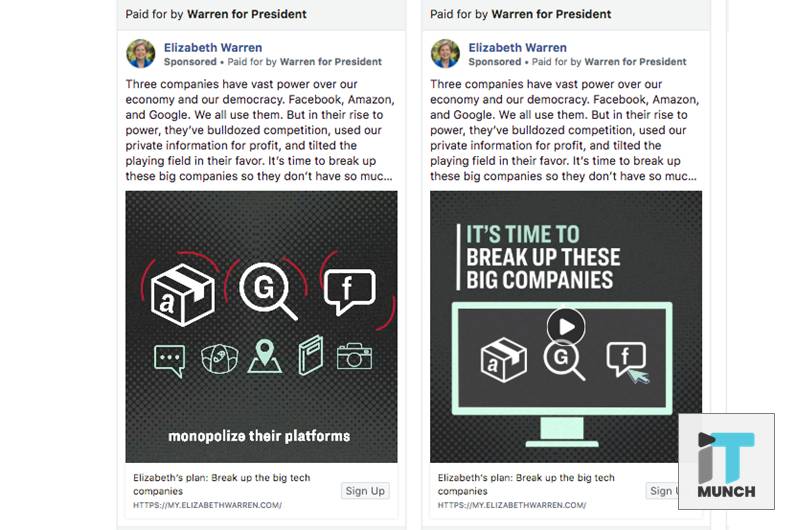 One week after Senator Elizabeth Warren announced that if she won the Presidential Elections, she would break up the tech giants, one of which was Facebook, Facebook ended up removing a number of ads that were placed by her presidential campaign discussing this issue, according to Politico.

Read on to know more about what the proposal is and how Facebook responded to this incident.

Elizabeth Warren wants to reverse large acquisitions to remove the monopoly that tech giants like Facebook, Google, Amazon, and Apple have over the market. After making this announcement, her presidential campaign placed ads on Facebook that target these tech companies.

Soon, the ads on Facebook were removed. After Politico found out about it, Facebook contacted them and told them that the restoration was in progress.

Why were these Ads Removed?

A spokesperson of Facebook said, “The ads were removed since it was a violation of our policies due to the use of our corporate logo. We are now restoring the ads in order to allow robust debate.

All the ads that were taken down were identical. They had the same images and text in each one of them, according to Politico.

The main irony behind this entire situation is the point that Warren’s ads are trying to put out. Through these ads the Senator wanted to highlight how it would be extremely difficult to spread the message she wanted to if it was not for Facebook’s sheer size and ability to target the audiences.

What did the Ads Say?

“Three companies have vast power over our economy and our democracy. Facebook, Amazon, and Google,” the ads read.

“We all use them. But in their rise to power, they’ve bulldozed competition, used our private information for profit, and tilted the playing field in their favor.”

The ads were taken down and replaced with the following text:

“This ad was taken down because it goes against Facebook’s advertising policies.” The policies that Facebook is talking about are the ones that involve using their logo and name in various advertisements, which is the reason the company claims it took them down.

What was Elizabeth Warren’s Response?

Elizabeth Warren responded to Facebook after they restored her ads by tweeting the following message:

“Curious why I think FB has too much power? The answer to the constant debate of, if FB has the ability to shut down a debate v/s how much power the brand has, is clear. Thanks for restoring my posts. But I hope to have a social media marketplace that is not dominated by a single platform and there is no kind of monopoly.”

SEE ALSO: Elizabeth Warren and Breaking Up the Big Tech

Subscribe to iTMunch to know more about various updates in the world of technology, AI, marketing, finance, HR and more!

Clubhouse app: what’s the hype & how to get an invite?