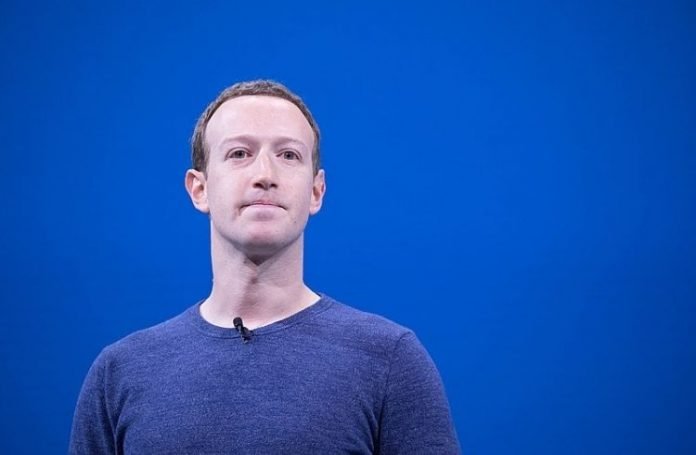 After 18 months of negotiations with US technology giants Google and Facebook ending without agreement, the Australian government asked the Australian Competition and Consumer Commission (ACCC) on April 20th 2020 to create a draft legislation to address the imbalance of bargaining power between digital platforms and news media businesses. In July 2020, A mandatory code of conduct was drafted and released by the ACCC to establish a fair bargaining process. With the bargaining code, the goal is to figure out how much the tech giants should pay for the content excerpts and snippets of news that digital platforms show to their users.

The code would also enable news media organizations to carry out payment negotiations collectively or individually with Facebook and Google. Additionally, the code of conduct sets minimum standards for legitimately identifying and acknowledging original sources of content, providing advance notice of algorithm ranking and news presentation changes. It also demands information about when and how the tech companies make use of available user data accumulated through the user’s engagement and interaction with news content.

The code will initially apply to only Facebook and Google, other digital platforms might be added later on if they behold substantial and significant imbalance in bargaining power with Aussie news media companies. But why tech giants like Facebook and Google should pay for news content? Let’s try to understand.

Why should Google and Facebook pay for Australian news?

The collaboration between the digital platforms and news media businesses is a two-way street. Undoubtedly, Google and Facebook are major traffic channels for news media companies. 52% Australians get their news from social media [1]. So, news houses don’t have an option but to distribute their content on Google and Facebook. But what’s undervalued is that these digital platforms also need news. Facebook and Google users will find the platforms much less useful if no news came up on their feeds, or even in the search results.

The social media platform and the search engine monetize the audience by selling search and display ads. The platforms also collect huge amounts of data about the users, which in turn helps them deliver even more targeted advertising and become more dominant in the digital advertising space. From September 2019 to September 2020, the search engine market share of Google in Australia was 94.08% [2].

The platforms claim this exchange of news for traffic is even, more or less. However, the Australian government argues that the platforms benefit much more. The platforms have massive power in the market and the news media businesses don’t have enough capacity to ask for a better deal for themselves. Therefore, acting on the advice offered by the ACCC, a code of conduct was proposed.

The mandatory code by the ACCC will contain the same elements that were proposed in the voluntary code. It would additionally include certain penalties as well as binding dispute resolution protocols for negotiations. The mandatory code will also define “news content” that will be covered. The code will apply to services beyond Google’s search engine and the main platform of Facebook and will also include services such as Instagram and  the Google display network.

The code developed in collaboration and consultation with the Department of Infrastructure, Transport, Regional Development and Communications and the Department of the Treasury is to be enforced and administered by the ACCC. The ACMA (Australian Communications and Media Authority) will be responsible for regulating and controlling the eligibility of news media houses to take part in the code. The news media businesses that want to participate in the news media bargaining code will have to nominate which of their news entities or news sources they’d like to include in the code. It could be a newspaper, website, print publication, TV program, radio program or any other form of audio/video content available online.

Can the Australian government really force the tech giants to pay for news?

Long story short, yes they can. The proposed news media code of bargaining is mandatory, therefore Google and Facebook will have to comply with the code, if they want to continue operating in Australia and display news on their respective platforms. According to the documents filed with the ASIC (Australian Securities and Investments Commission), Facebook made $0.7 billion ad revenue while Google made $4.3 billion in Australia last year.

The code doesn’t decide how much Google and Facebook have to pay for news but it requires them to negotiate with the media companies. The news media companies can be compensated financially or via provision of data. However, if no agreement is reached post 3 months of negotiation, an arbitrator will be appointed appointed.

Once the arbitrator is appointed, a decision needs to be made within 45 days. If the parties involved don’t agree with the arbitrator’s decision, an arbitration panel appointed by ACMA (from a list formulated by the regulator) will make the payment decision based on submissions from each party involved.

Is it really a good idea?

Since the pandemic, numerous news companies have been shut down and hundreds of journalists have lost their jobs. Australian treasurer, Mr Josh Frydenberg said the code of conduct is not about protecting news media from the tech giants and competition, it is about leveling the playing field for both the parties and ensuring a fair go.

Though the code of conduct has the best interest of the Australian news media companies, there are contrasting views on the issue appearing all over. One such perception says that for the digital platforms, news is not a significant source of revenue. Only a small part of Facebook feed is actually ‘news’, as opposed to posts by friends and family, and additionally, it wasn’t on Google’s agenda to monetize News. Only 1% of Google searches in Australia have anything to do with current affairs. Ironically, news publishers hugely rely on the platforms to drive traffic to their websites. 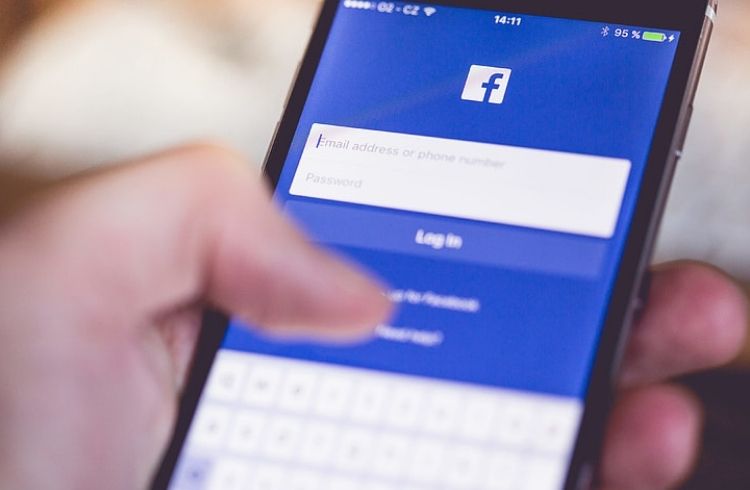 The digital platforms, Google and Facebook have aggressively responded to the released draft code, warning Australian users of the consequences. Social media platform Facebook said that it will remove the news feature from the platform in Australian pages. The social media platform has been criticized for allowing the spread of fake news, misinformation and conspiracy theories. Banning factual news and reliable news platforms from its platform could cause additional negative impacts.

Google published an open letter to Australian users explaining the repercussions of the news media bargaining code. In its homepage popup for Australians, Google said in its open letter that they might be forced to handover user search data to news companies and give them information that might facilitate them in artificially increasing their ranking. The letter also noted that, as a consequence, the decision might affect how Aussies use Google search and YouTube, and that it might put its free services at risk in Australia.

Further commenting on the code, the letter said that the law would additionally give unfair advantage to a group of news businesses over small businesses and anyone with a website or a YouTube channel.

Response to Google’s Open Letter by the ACCC

Responding to the open letter published by Google, the ACCC said that the letter contains misinformation about the news media bargaining code. It clarified that Google won’t be required to charge Australians for the use of its free services like YouTube and search, unless the tech giant chooses to do so. It further clarified that Google won’t be required to share any sort of additional data of the users with Aussie news media organizations unless it chooses to do so.

Australia isn’t the only one that’s making sweeping allegations on the tech giants. The government of the United States has filed a lawsuit against Google for its alleged anti-competitive abuses in online search as well as search advertising. 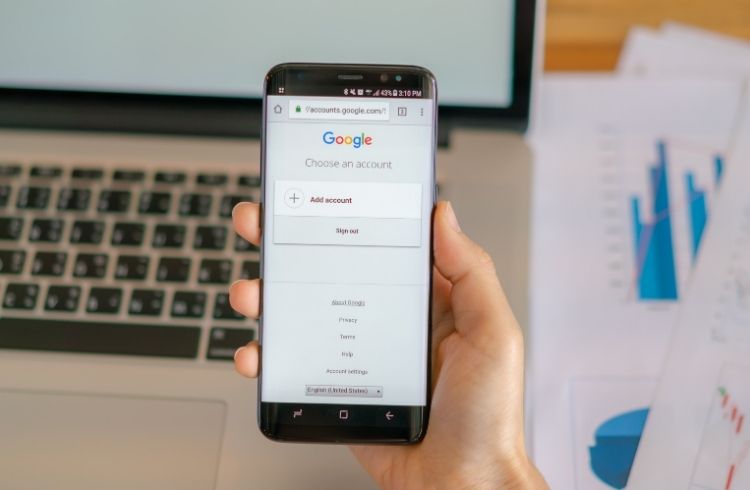 In October 2020, the Trump government filed an antitrust case against tech giant Google, which is said to be the biggest antitrust lawsuit in the past two decades. 11 American states (Arkansas, Georgia, Florida, Indiana, Louisiana, Kentucky, Mississippi, Montana, Missouri, South Carolina and Texas) have joined the lawsuit. The complaint made by the Justice Department alleges that Google has held back and suppressed competition to maintain its position of power in the online search and search advertising marketplace. The complaint filed points out a series of actions by the tech company that apparently prevented its rivals from attaining audience and harmed competition.

In part, the lawsuit alleges that tech giant Google pays millions of billions dollars yearly to gadget manufacturers like Samsung, Apple, Motorola and LG as well as web browsers like Opera and Mozilla to be their search engine by default. It allegedly also prohibits the device manufacturers and browser developers from dealing with the rivals of Google. Consequently, Google owns and controls online search distribution channels which accounts for approximately 80% search queries in the U.S., according to the complaint.

Kent Walker, Google SVP Global Affairs and Chief Legal Officer said in a blog post that the lawsuit filed by the Justice Department is deeply flawed. He added that people use Google as their search engine because they choose to and not because they are forced to or they cannot  find an alternative. The tech giant also said that its practice of paying smartphones like Apple’s to be their default search engine is “no different” from marketing moves by any other business to promote their product.

And this is not the first lawsuit that has been thrown at Google in the United States. There are dozens of other American states that have launched separate antitrust inquiries into the search engine company.

The landmark antitrust comes right before the U.S. elections in which tech giants like Google and Facebook have been inspected closely for their influence on small businesses and democracy. It also comes after a 450-page congressional report was released whose findings included Google and other big tech companies enjoying monopoly and wielding their power and dominance in the market place in anticompetitive manners.

Facebook and Google are still negotiating with the Australian Competition and Consumer Commission about the code of conduct. The pandemic has not been easy for any industry, including the media news industry. But it is good to see that policy makers with power are standing up for news organizations and are willing to find a fair solution for both the parties. Let’s not forget that any payment from the digital platforms wouldn’t be a compensation for the loss of revenue but facilitate fair payment terms and would in turn support good local journalism.

News-IT Riddhi Jain - December 3, 2020
NCS Next, a Singapore-based IT services provider has officially launched in Australia via a partnership with telecom giant Optus. NCS is SingTel's ICT or...

News-IT Riddhi Jain - December 3, 2020
Domain name and web hosting provider VentraIP Australia and its subsidiaries Zuver Hosting and Domains and Synergy Wholesale together will now be known as...