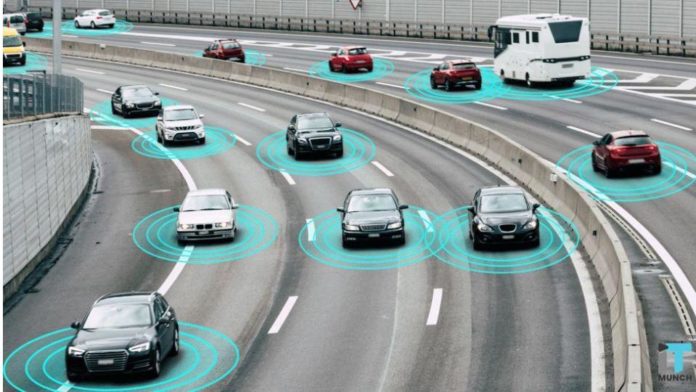 The History Of Driverless Cars

In the year 1925, Francis Houdina demonstrated a radio controlled car that he drove through the city of Manhattan without anyone at the steering wheel. The radio controlled vehicle could start its engine, shift gears, and sound the horn.

In 1969, John McCarthy, one of the founding fathers of artificial intelligence, wrote an essay titled “Computer Controlled Cars.” In his article, he mentioned an “automatic chauffeur” that can successfully navigate public roads. The users should be able to enter a destination with a keyboard, and the car would drive them there. Moreover, users can also change destinations, stop at restrooms and restaurants, and change speeds in an emergency. So far, no such vehicle has been made; however, his essay gives researchers something to work towards.

Dean Pomerleau, in the early 1990s, described how neural networks could allow a self driving car to capture raw images from the road and output the steering controls accordingly. In 1995, Pomerleau and fellow researcher Todd Jochem took their Navlab self driving car on the road. Their self sufficient minivan needed them to control speed and braking. It travelled from coast to coast from Pittsburgh, Pennsylvania to San Diego, California in a journey dubbed “No Hands Across America.”

DARPA, in the year 2002, announced its Grand Challenge. They offered researchers a $1 million prize if they could build an autonomous vehicle that could navigate 142 miles through the Mojave Desert. However, when the challenge took off in 2004, none of the 15 competitors could complete the challenge. The “winner” crossed about 8 miles in a few hours and then caught on fire.

The DARPA challenge made it look like autonomous vehicles were still far away from becoming a reality in the 2000s. However, self parking systems began to emerge – showcasing that sensors and autonomous technology were slowly starting to get ready for real world scenarios.

In 2009, tech giant Google stepped into the domain. The company starts developing Waymo; it’s self driving car project in secret. The project was headed by Sebastian Thrun, the previous director of the Stanford Artificial Intelligence Laboratory and co-inventor of Google Street View.

In a few years, Google announced that its autonomous cars have collectively driven 300,000 miles under computer control without a single accident. In the year 2014, Google revealed a prototype of a self driving car without any steering wheel, gas pedal, or brake pedal; being 100% autonomous. By the end of 2018, Google’s autonomous car had travelled more than 2 million miles.

In the year 2013, major automobile organizations like General Motors, Ford, Mercedes Benz, BMW and others began working on their own self driving car technologies. Nissan pledged to a launch date by announcing that it will release several driverless cars by the year 2020.

It’s safe to say that the race to get the first self driving car on the road is speeding up. The autonomous vehicle market is projected to increase from $54.23 billion in 2019 to $556.67 billion in 2026, as per Allied Market Research estimates. With the above progress in mind, let’s take a look at companies who are currently developing driverless vehicles or technologies: 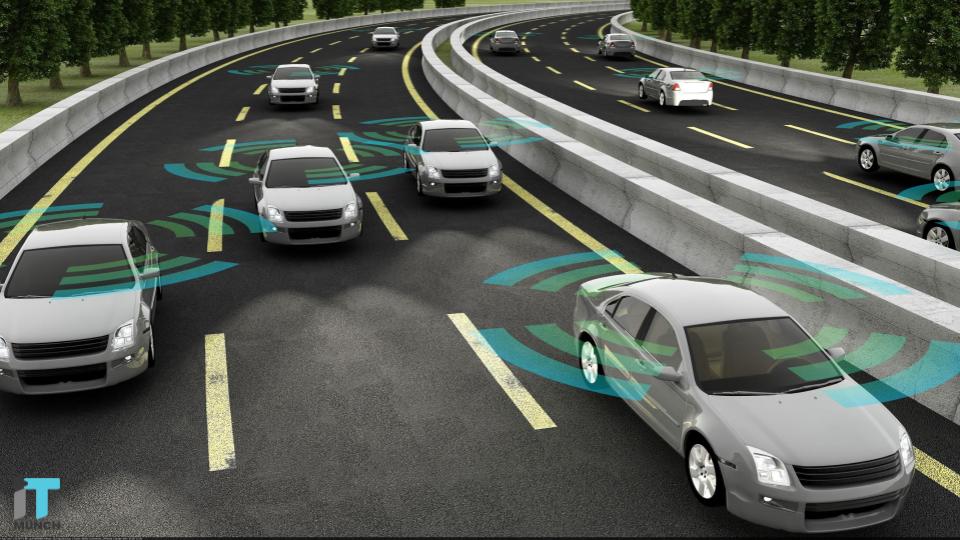 Companies That Created An Impact In This Industry

Apple has remained quiet regarding its autonomous vehicle research, but reports about its attempts have surged since Guardian obtained documents in 2015 confirming the existence of the Project Titan.

The reticent project was halted in January 2019 when Apple fired more than 200 people from the division but was restored months later by the acquisition of Drive.ai. The Californian startup was valued at $200 million in 2017 but was due to shut down when Apple acquired it for an undisclosed sum a few days before it shut shop.

Uber has invested more than $1 billion on its self driving vehicle sector, which was evaluated at $7.25 billion in April 2019. A few months later, Uber revealed its newest self driving car: a modified Volvo XC90 that combines human controllers like steering wheels and brake pedals with automated steering and braking systems.

Uber’s self driving vehicles are already being trialled in Arizona, and the company plans to purchase more self driving cars from Volvo. According to an assessment by the Financial Times, the contract could be worth $1.4 billion if Uber acquires all 24,000 of Volvo’s XC90 SUVs specified in the contract.

Waymo seems to be heading the race to get driverless cars on the road. The Alphabet subsidiary launched Waymo One in the suburbs of Phoenix, Arizona on December 2018. That launch made it the first company to offer a commercial robotaxi service using driverless technology.

In February 2019, Waymo was at the top of the list of the State of California’s yearly reports of all businesses that tested their vehicles on public roads.

Mercedes Benz has partnered up with arch competitor BMW to build self driving car technology. The alliance between these two German automotive goliaths will first concentrate on improving the technologies for driver support systems, automatic driving on expressways and parking features, which they endeavour to put on the market by mid-2020.

Daimler, the parent company of Mercedes Benz, stated that it intends to launch driverless automaton taxis in the early 2020s. The organization has permits to experiment with its self driving vehicles on public roads in Germany, the USA and China, the first international company allowed to test its self driving cars.

It has also collaborated with Bosch on a self driving car that will be launched in 2019 in Silicon Valley. They also plan to engineer an “Automated Valet Parking” service that will take a vehicle from its drop point to a free parking space with a smartphone app.

BMW’s partnership with Daimler to engineer self driving technology is the newest in a lengthy list of autonomous car projects.

The organization has partnered with Intel and Mobileye to build self sufficient BMWs and invested in self driving startup Nauto along with other automakers like General Motors and Toyota. It also temporarily worked with Baidu to create a vehicle intended mainly for the Chinese market, but the partnership was dissolved.

Modern BMWs already employ a variation of self sufficient technologies, like the ConnectedDrive assistance system and intelligent parking.

At the 2019 CES show in Las Vegas, Nvidia declared what it professes to be the world’s first commercially accessible Level 2+ automatic driving system. The Nvidia AutoPilot system combines various artificial intelligence technologies, including an autonomous driving perception that the company states, will enable supervised self driving cars to go into production by 2020.

“A full featured, Level 2+ system requires significantly more computational horsepower and sophisticated software than what is on the road today,” said Rob Csongor, vice president of Autonomous Machines at Nvidia.

“Nvidia AutoPilot provides these, making it possible for carmakers to quickly deploy advanced autonomous solutions by 2020 and to scale this solution to higher levels of autonomy faster.”

In January 2018, Reuters published that 320 businesses are using the Nvidia Drive computing platform to expedite the creation of autonomous vehicles.

The organizations GPU technology is already being used in Uber’s self driving vehicles. Moreover, Volkswagen has also utilized Nvidia’s Drive IX SDK to heighten the AI features, gesture control and language processing of their autonomous cars.

Huawei and Audi are merging their expertise in information technology and carmaking to produce self driving vehicles. At the Huawei Connect conference in Shanghai, China, the organizations revealed a prototype of the Audi Q7 with Huawei’s Mobile Data Center (MDC) outfitted into the boot to support “urban automatic driving environments”.

“As cars get smarter, we take advantage of our leading ICT technologies with Audi – one of the world’s most successful premium car brands – to lead automatic driving into the fast lane,” said William Xu, Director of the Board and Chief Strategy Marketing Officer of Huawei. “Very soon, consumers will enjoy more secure, comfortable, convenient, and intelligent self driving services.”

Huawei earlier trained its flagship artificial intelligence powered smartphone on how to drive a car. The ‘RoadReader’ project converted a Porsche Panamera into a driverless vehicle that utilizes the AI abilities already in the Huawei Mate 10 Pro to automatically identify obstructions in its route.

By blending AI with object perception, the technology can differentiate among thousands of objects as they emerge and use the most suitable plan of action when it detects them.

“Our smartphone is already excellent at object identification,” Andrew Garrihy, chief marketing officer, Huawei Western Europe. “We wanted to see if in a short space of time we could teach it to not only drive a car, but to use its AI capabilities to see certain objects, and be taught to avoid them.”

Toyota, in partnership with Uber, is trying to bring autonomous ride sharing to the market by combining Uber’s technology into purpose built Toyota cars. First trials of this technology will commence in 2021.

The Japanese automaker has also stated that it will invest approximately $3 billion to develop software for self driving cars under a new firm called Toyota Research Institute Advanced Development. The company is assembling a new facility to test the technology.

General Motors states that they have developed the very first production ready car constructed from its inception to function safely all by itself, with no driver, steering wheel, pedals or manual controls. It intends to place the Cruise AV on streets in 2019.

The USA auto behemoth acquired a California based company called Cruise Automation and a technology startup called Strobe to help engineer its technology. 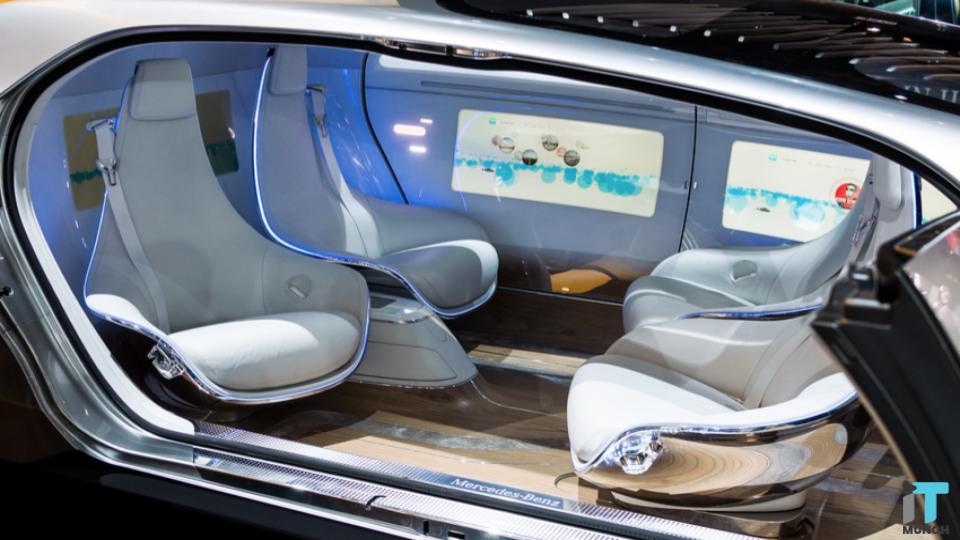 What’s In Store For The Future?

It’s easy to envision a future with self driving cars. These cars leverage advanced cames, computer vision, and sensors to replace human input in areas like steering. Driverless cars are all set to disrupt the way we travel, live, and shop.

Every week, new headlines are announcing another development in the driverless car future. As evident from the data above, in the last few months alone companies have launched pilots of self driving cars in major metropolitan cities in countries like China, USA, and Germany.

However, we are far from seeing fully automated cars on the street — companies like Google, BMW, General Motors and more have a long way to go before they can make driverless cars safe for the public.

For example, the tragic incident of 2018 when an autonomous Uber struck and killed a pedestrian created many doubts in the minds of consumers and companies alike. With incidents like that looming over the public’s mind, the question that looms over everyone’s head is the safety of autonomous cars. Is self driving safe? Not yet.

Therefore, if organizations want to make driverless cars a commercial success, they will need to develop a technology that is road safe. Only then can they generate enough trust in the public to enable them to use a car that isn’t under their control.

In a nutshell, driverless cars are inevitable, but they are still far from being commercially available.

SEE ALSO: Everything To Know About Quantum Computing

For more updates and the latest tech news on topics related to AI, Finance, HR, Startups, IT and marketing, keep reading iTMunch! 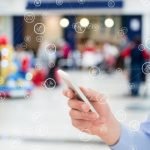 News-IT Riddhi Jain - October 16, 2020
ASX-listed telecom player United Networks has received an impressive funding of $5 million via a share placement. The telecom group says it will use... 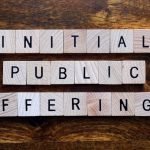 News-IT Riddhi Jain - October 16, 2020
Internet service provider Aussie Broadband is making the most of changing digital market trends brought on by the coronavirus pandemic. The company is looking... 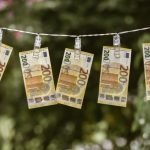 News-Fintech Riddhi Jain - October 15, 2020
After concluding its investigation into the Australian BNPL service Afterpay, The Australian Transaction Reports and Analysis Centre (Austrac) has decided to not pursue any...

Buy Now Pay Later Services: Everything You Need to Know