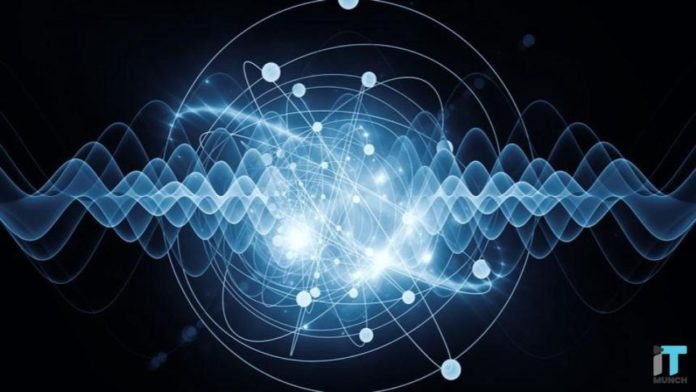 The Past And The Future Of Quantum Computing

Today, it’s difficult to imagine life without computers. However, the computers we know today started its journey with a 19th-century mathematician named Charles Babbage. He was the first person to design the analytical engine that is the basic framework of computers of today.

Computers came into their own as a great invention in the last two decades of the 20th century. Generally, computers are classified into five generations. Each generation brought with it either a new computer or an improved version of an existing computer.

The first generation of computers lasted from 1937 to 1946. Dr John V Atanasoff and Clifford Berry built the first electronic digital computer called the Atanasoff-Berry Computer (ABC) in the year 1937. In the year 1943, a computer named Colossus was created for the military. The Electronic Numerical Integrator and Computer (ENIAC) is said to have weighed 30 tons and has 18,000 vacuum tubes that were used for processing. Computers of this generation could only perform a single task, and they had no operating system.

The second generation of computers began in the year 1947 and ended in 1962. During this age, computers used transistors instead of vacuum tubes to process information. The first commercial computer was introduced in 1958 – the Universal Automatic Computer (UNIVAC 1). The International Business Machine (IBM) 650 and 700 series were introduced to the world in 1953. During the second generation, more than 100 computer programming languages were developed. Moreover, computers had memory, operating systems, storage media like tape and disk were in also in use, and printers were commonly used for output.

The fourth-generation started in 1972 and ended in 2010. This generation of computers utilized the invention of microprocessors, commonly known as CPUs. The combination of ICs and CPUs made it possible for computers to fit on a desk and also introduced us to laptops.

The fifth generation of computers began with the use of Artificial Intelligence in the year 2010. Well known examples of AI are Apple’s Siri on iPhone, Microsoft’s Cortana on Windows 8 and Windows 10 computers, Amazon’s Alexa on Amazon Echo and the Amazon Echo Dot smart speakers and Google’s Google Assistant on Android phones. In fact, the Google search engine also utilizes AI to process user searches.

These innovations over the past few years have surrounded the technology industry with a lot of hype. A new innovation is on the horizon and may very well be the start of the sixth generation of computing systems. People are excited about this new technology because it has the potential to change everything – quantum computers. Let’s take a look at this complex system and see how it will affect our lives:

What Is Quantum Computing?

Quantum computing focuses on developing technology based on the principles of quantum theory. The theory explains the nature and behaviour of energy on a quantum (atomic and subatomic) level. In simple terms, the idea behind quantum computing is to smash barriers that have limited the speed of computers by harnessing the counterintuitive physics of subatomic scales.

Superposition allows qubits not to be constrained to one of two possible values (1 or 0), a qubit can survive as a composite of both. This speciality enables quantum computers to function faster than traditional computers.

Entanglement is a unique phenomenon in quantum physics. It’s a behaviour that unites the number of separate particles, ensuring that what happens to one will affect the others as well. When implemented to quantum computers, this indicates they can handle all their qubits together—in other words, rather than doing a set of calculations one after another, a quantum computer could do them all at once.

Superposition and entanglement, together in quantum computing, are responsible for the first step in the exponential speed boost provided by quantum computers.

If the tech industry can pull off this quantum leap, it will bring about the most significant performance boost in the history of technology. We probably won’t be able to purchase a personal quantum computer or a quantum powered phone. We could, however, witness significant improvements in multiple areas of science and technology. For example, electric cars with long-lasting batteries, or chemistry that reshapes industries, or advances in medical treatments.

In fact, Google released a statement where it said that this year it would produce a viable quantum computer in the next 5 years and added that they would reach “quantum supremacy” with a 50-qubit quantum computer. After that, IBM too announced that it would offer commercial quantum machines to businesses within a year.

Shortly after that announcement, IBM said it would offer commercial quantum machines to businesses within a year.

Before we dive into what the future can look like with quantum computing, let’s take a look back at the history of a computer that can potentially change the world as we know it. 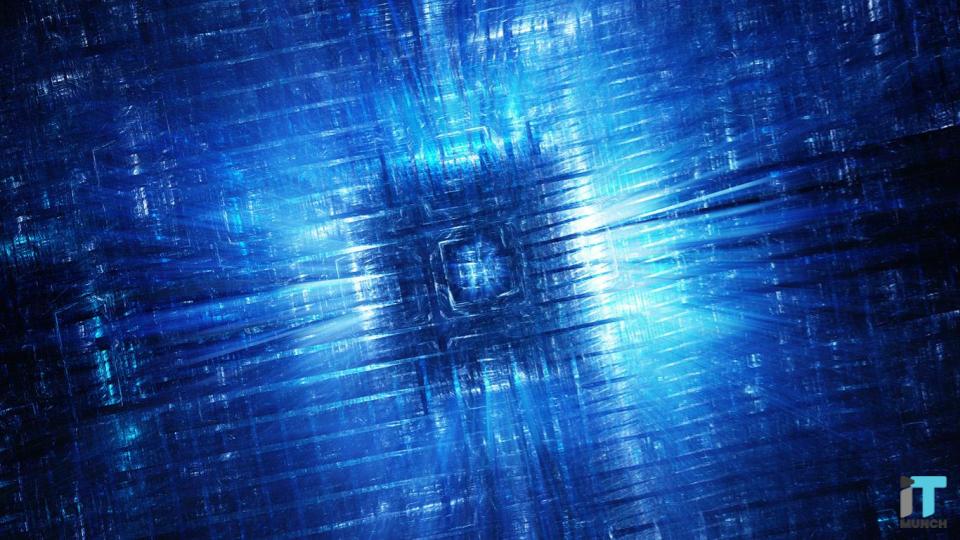 Physicist Paul Benioff was the first person to suggest that quantum mechanics could be used for computation.

However, Richard Feynman, Nobel prize winner, was the first person to start a spark in the realm of quantum computing. It was the year 1981 at MIT where he presented the following dilemma: traditional computers cannot resemble the progression of quantum systems in an effective way. Therefore, he proposed a basic model for a quantum computer that would be capable of such simulations. With this, he outlined the possibility to outpace classic machines exponentially.

However, it would take more than ten years to build a special algorithm that would change how the world viewed quantum computing – the Shor algorithm.

Mathematician Peter Shor developed his algorithm, in the year 1994, that allowed quantum computers to efficiently factorize large integers exponentially faster than the best classical algorithms in traditional machines. Traditional machines take millions of years to factor 300 digit numbers. In theory, the Shor algorithm is capable of breaching cryptosystems ( a pair of algorithms: one for the encryption of data and another for decryption) in hours rather than millions of years using quantum computers. This theory lit a fire of curiosity for quantum computing and its applicability.

In 1996, Lov Grover invented a quantum database search algorithm that led to a quadratic speedup for a host of problems. Any problem that has to be solved by random search could now be done four times faster.

In the year 1998, a working 2-qubit quantum computer was built, and the new era of computer power began, and more applications started being developed.

Today, Google, IBM, Microsoft, and governments around the world are making significant investments in quantum computing.

How will Quantum Computers Affect Humans?

Quantum computing can change the world by solving problems that are intractable for today’s technology. It will disrupt almost every Industry. It will transform the way we do business, the security we have to safeguard data, how we fight diseases, invent new material, solve health and climate problems among many others. Here are a few ways quantum computing will change the world we live in:

Quantum computing will transform Artificial Intelligence (AI). The fundamental principle behind AI is that the more feedback you provide a computer program, the more precise it will become. This feedback measures possibilities from many potential options and results in the program demonstrating “intelligence” and enhanced performance.

Quantum computers, in theory, can swiftly examine vast volumes of data so they can significantly reduce the AI training curve. If technology becomes more instinctive, it will dramatically influence every Industry. We will be empowered to do tasks we never thought conceivable from formulating life-saving drugs to resolving some of science’s most complicated enigmas.

Carry on a real dialogue with Artificial Intelligence (AI)

In the last few years, we have achieved a great deal in improving computing power. Quantum Computing, however, is incomparably more advanced than anything we have today. AI-backed by a Quantum Computer possesses the potential to carry on an authentic discussion with humans and genuinely comprehend what is being said.

Quantum computing uses the basic laws of quantum physics to deliver an incomprehensible amount of calculations simultaneously. This “4th Industrial Revolution”, will generate enormous opportunities for both science and any industry. Applications could encompass the construction of new medicines and more energy-efficient materials, as well as weather forecasting, financial modelling, and other forms of Artificial Intelligence. But as with any new technology, the most impressive applications are those which we have not yet conceived.

It’s already established that the power of quantum computing will overshadow our prevailing processing capacities and will escort a new age of information and innovation. However, that power will also pose a significant threat to cyber security, forcing us to completely rethink the way we guard all types of data transfers. If we don’t, none of our data will be safe.

As mentioned above, Quantum Computing will leave us with no choice but to rethink the essential criteria of our current digital security standards. Quantum computer attacks are just waiting for an actual quantum computer to appear. Once the world has access to such high power computing, it can easily break much of today’s universally used cryptography. This cryptography carries the protection of pretty much everything we currently take for granted: from online banking transactions to all our communications.

Quantum safe cryptography needs to be implemented soon. Otherwise, the quantum computer will undoubtedly alter our world in a way we do not wish for.

It will help with traffic control

Quantum computers can help streamline traffic control both on the ground and up in the air. The computer can quickly calculate the optimal routes which will allow for effective scheduling and would decrease traffic gridlock. Similarly, quantum computers are so powerful; they can also optimize supply chains, air traffic control, navy operations and performances.

It can tackle the whole problem at once

Rather than solving problems section by section as we do now with traditional computers, quantum computers can resolve the complete issue at once. This unlocks the gateway for astonishing improvements in all fields from financial services to our public security. In other words, quantum computers provide us with the intelligence to solve complicated problems that surpass the aptitudes of traditional machines. 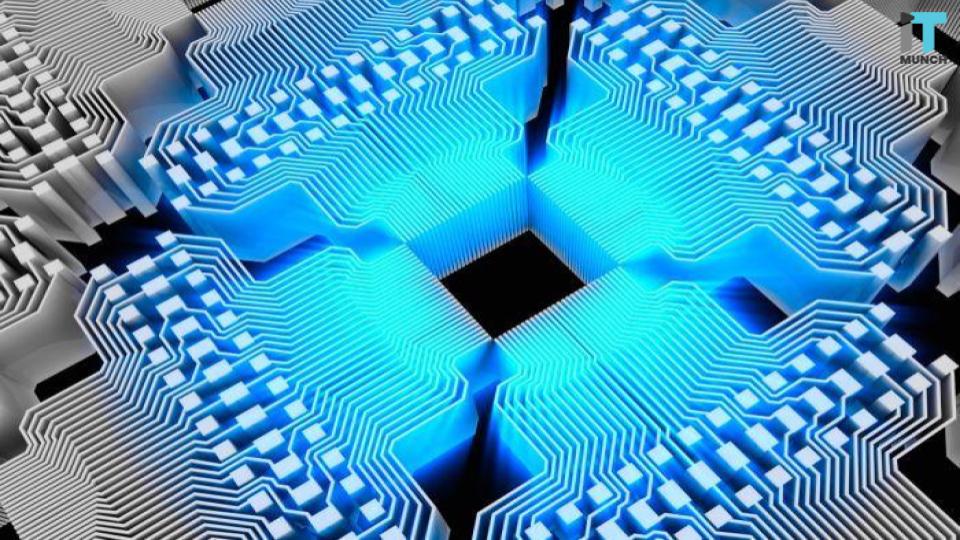 The Emergence Of A New Era Of Innovation

A significant reason why quantum computing is so exciting is that Moore’s Law is ending. However, quantum computers are different than anything we have seen so far. They use a different logic, computing languages and algorithms and more suited for different tasks.

In other words, it’s too soon to predict anything for certain. It takes time for an ecosystem to develop around technology and create a significant impact. We are only now beginning to explore what varieties of quantum algorithms can be used on a quantum computer. That means that any significant effect from quantum computers won’t be witnessed for a decade or more.

However, we are confident that the quantum era will bring with it a world of opportunities. It will allow us to tackle tasks that are unthinkable today and may even reshape the world.

For more updates and the latest tech news on topics related to AI, Finance, HR, Startups, IT and marketing, keep reading iTMunch!