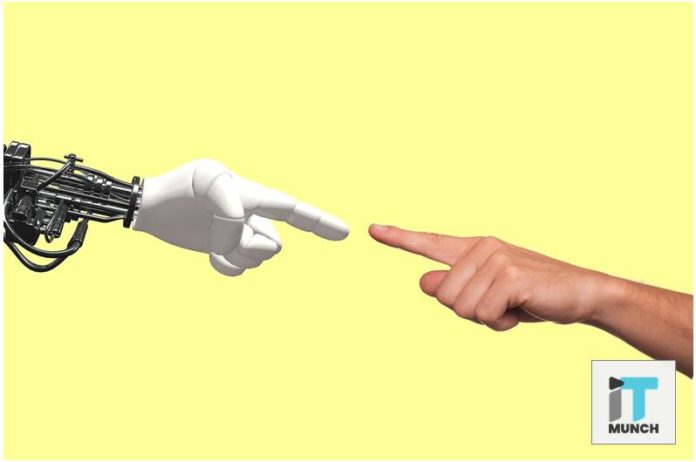 Everyone’s biggest fear is the robots taking over the world. Artificial intelligence is continuously evolving and learning human behavior, and along with the rise of automation, the Terminator scenario does not seem too far-fetched.

What if, instead, they worked with us? Instead of the us or them situation, what if the situation changed to include both humans and robots? Working alongside robots does not sound too bad, does it?

This was the basic concept behind cobots. Read our research blog to find out more about what exactly a cobot is, how they work, what they do, and more.

Cobots is a common name for collaborative robots. As the term suggests, they collaborate with humans to simplify operations, especially when it comes to handling heavy machinery and repetitive tasks. They are the latest generation of robotic systems. They are more enhanced when compared to traditional industrial robots. This means that they are safer, smaller and also a whole lot cheaper.

Cobots do not need to be caged to ensure the safety of the humans around them in the workplace, and this is all thanks to the enhancements in sensor and vision technology. Earlier, with traditional robots who were large in size and also really heavy, came rapid movements and a lot of bulk. This is not a safe environment to work with, especially if you are working in a small or crowded space like a factory. Cobots joined the workforce with the perfect solution.

They come with advanced computing power and robotic technology. Another added perk is their cost; their price tag does not go over an average of $24,000 each. This makes collaborative robotics a realistic option for small or medium sized business who cannot afford to shell out large amounts of money just for an industrial robot. This allows them to compete with larger manufacturers without putting a big dent into their finances. It is now easy to streamline repetitive industrial processes by using collaborative robots.

The main industries cobots work best in are manufacturing, warehousing, logistics and healthcare. Collaborative robots are expected to grow exponentially with their ease of use, low cost and their collaborative nature.

Types of Collaborative Robots in the Industry

The safety monitored feature is used when a robot is mainly working on its own, but will have humans working around it or in its workspace. 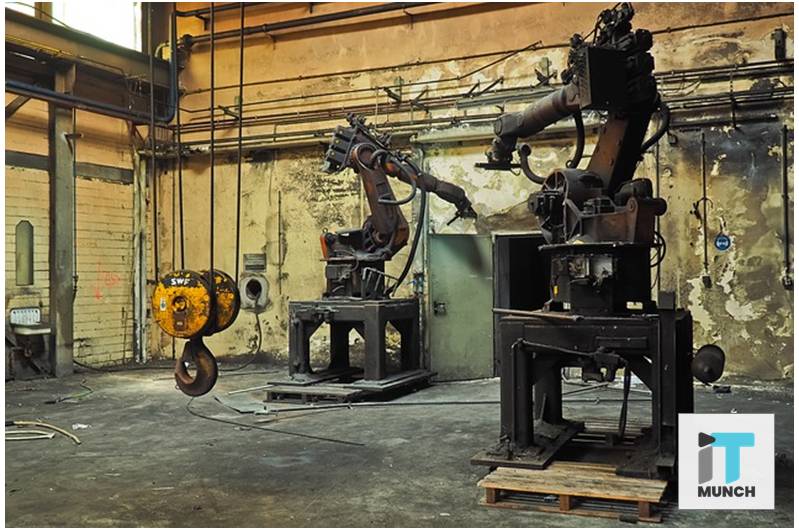 For example, if a human needs to work in part at a place that is a part of the robot’s space and requires the robot to handle a heavy part while the worker is doing his secondary job alongside the robot. This scenario becomes possible when using the safety monitored type of robot. The person can work on the part and still be in the robot’s space without raising any alarms when it comes to safety. If the human ends up entering the restricted area in the pre-determined safety zone, the robot will automatically stop all movement. The robot will not shut down, just temporarily stop.

These type of robots mostly work best with little to no human interaction because they will have to stop every time a human comes close. Otherwise a lot of time could be lost as the robot would be stopping continuously because of human interruptions.

This type of collaborative robotics can be used for hand guiding or path teaching to robots. It is a quick and efficient method. Therefore, if someone wants to teach paths quickly to help quicken the pick and place applications process, for example, this type of application will work best.

This type of collaboration though, uses regular industrial robots. An additional device is present that feels the force that the worker is applying on the robot tool.

The most popular for this type of use is a Force Torque Sensor, like the Robotiq FT 150. The device present on the hand guiding type of robot will just read forces that are applied on the robot tool. This only works on the robot while it performs a particular function. This means that while the robot works in its other modes, it would still require safeguarding in place.

There is a vision system or lasers present in the speed and separation monitoring type of collaborative robots that monitors the environment. The system tracks the position of the workers present around the robot.

The robot only performs within the premises of the safety zones. These zones have been pre-determined for it. If the human enters a certain safety zone, the robot is programmed to respond with designated speeds, which are usually slow and then stop whenever the worker happens to come too close.

This is the type of robot that is commonly known as a collaborative robot or a cobot. This is the most worker friendly robot. This is because the force and limitation robot can work alongside humans without the requirement of any additional safety devices.

How does this robot work?

They also lack any type of exposed motors. Many of these robots are certified. The certification is done by third parties who focus on industrial safety for human-robot collaboration.

There are technical specifications that exist which specify the maximum forces and energy that can be applied on a human without causing them any harm. This specification will help in the clarification of safety requirements for human-robot collaboration. This will be done for both regular industrial robots as well as force limited collaborative robots (or cobots).

Cobots are Designed to Collaborate

When it comes to a traditional industrial robot, it is not designed to collaborate with people. The way it has been designed is to complete a very specific and pre-defined task. This task has to be done without any need for collaboration within the robot’s physical workspace.

Industrial robots are not designed with human safety as a priority, although variations can be made to them for adjusting to their environment and based on the type of industrial robot it is. Their main priority is to just complete their task. There are a lot of safety measures where industrial robots are used, and they are often fully caged and shielded from humans on the work floor.

Cobots are Light in Weight and Easy to Move

The drop in weight mainly has to do with the tasks that are assigned to cobots. They come with the collaboration aspect and they typically need to be mobile or have to be easy to move. This is not the case with when it comes to an average big industrial robot.

Cobots are actually equipped with sensors, smart technologies and various systems. These are all linked with the IoT and/or other specific systems that depend on a case to case basis. One of the reasons why this happens is because the main job of cobots is to safely assist a human. These smart technologies and sensors are a must in ensuring their safety at the workplace. This is why cobots are people-aware, location-aware as well as context-aware.

Cobots are Easier to Operate

A cobot is simpler than most traditional industrial robots.

Traditional industrial robots can be extremely complex even though the tasks they handle can be fairly simple. When it comes to cobots, they need to work with people who operate them using either tablets or tailored devices/display. These need to be easy to operate and program because there is not going to be a team of highly skilled industrial engineers managing the tasks at say a factory, for example. This type of work requires a different set of skills and for the workforce to adapt to cobots, they need to be simple to use.

How do Cobots Impact the Workers?

With the rise in automation, there will be a difference in the way work is designed.

Even though the long-term effects of cobots on human well-being are hard to judge, it does not mean that the advancements are going to slow down. People may take to cobots as enthusiastically as they did smartphones.

But when it comes to employment, losing a job to a machine or algorithm comes with its own psychological burden. There is no training that will make humans match the speed and efficiency of AI and this creates an inevitable realization of one’s inferiority. This leads to a rise in the workers losing their sense of purpose and meaning. One of the causes for this distress could be the lack of aid available to help with the transition for the employees, even though cobots will mostly only take on tasks that are routine and repetitive in different industries.

SEE ALSO: Facts About Cloning and Its Potential to Change the World

The rise in cobots is inevitable whether workers like it or not. The main objective of cobots is to simplify all routine tasks and make it easier for the employees to focus on more detailed and mentally challenging work. How employees adapt to this change can go either way. There can be unrest because of layoffs and downsizing which can occur or it can create a happier work environment that helps workers by making their tasks a lot easier to complete.

Subscribe to iTMunch for the latest updates in the world of AI, technology, finance, marketing, HR and more!

“Robots For All in 5 Years” says Japan’s Tech Startup