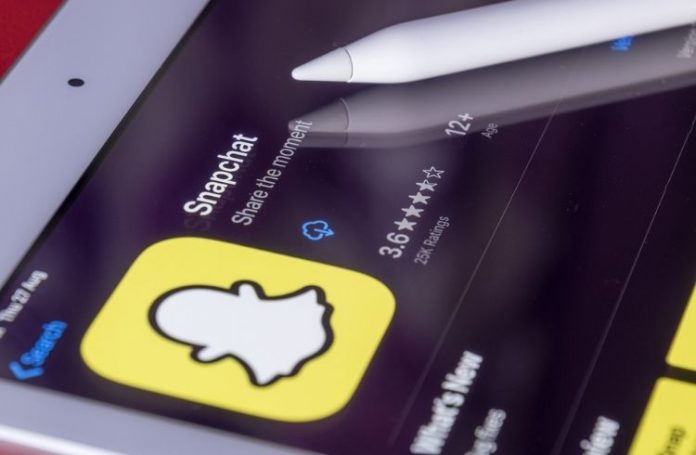 On May 20th 2021, Snap Inc. announced its new exciting partnerships along with some cool developer and creator tools across Snap Kit, Games and Minis and Bitmoji platforms at its Snap Partner Summit. Map Layers were also introduced in the summit. It enables users to add data from Snap’s chosen developer partners directly to their own map so that they can see the world in a particular view.

Through the developers platform of Snap, partners will be able to harness Snap’s tech revolving around Stories, Login, Bitmoji, Games and Minis and the Snapchat Camera to improve their products, grow their businesses and increase their reach. Snap Kit has over 250,000 registered developers. Additionally, Snapchat users share partner content into the Snapchat camera about 600 million times every month. Moreover, in just 2 years, over 200 million Snapchat users played with Games and Minis.

At the Summit, Snap also announced its new partnerships with Disney and online dating app Bumble to show what is possible when developers bring Snapchat Camera’s capability, intelligence and fun into their own applications.

Now, let’s get into the new exciting partnerships and tools announced at Snap Partner Summit.

Launched at Snap Partner Summit 2020, the Camera Kit of Snap Kit will make it possible for developers to bring the intelligence as well as power of the Snapchat Camera to partner apps for more engagement.

Through the My Disney Experience app, guests at Walt Disney World Resort will be able to transform Cinderella Castle with AR (Augmented Reality) or even add AR to the photos and videos they take in the app.

Starting May 20th 2021, fans will be able to get early previews on Snapchat, with new Mickey Mouse and Minnie Mouse Lenses that will be available in the United States for a limited time. These will be exclusively available to guests at Walt Disney World Resort from next month. Snap Inc also partnered with Bumble. From today, Bumble users will be able to send video notes to other users and use Snapchat Lenses to personalize their online dating experience.

Later in 2021, Bumble is also planning on integrating a new Snap Kit product – Sticker Kit – to bring Stickers, Gifs and Bitmoji to their platform.

Sticker Kit will offer developers a convenient interface that’ll help them integrate the creative tools of Snap into their app experiences.

Snap Map will help Snapchat users in connecting to their best friends, finding familiar places and also discovering new ones, along with exploring local Augmented Reality experiences via markers on the map.

Today, over 250 million Snapchatters use the Map every month and there are 30+ million businesses on the Map. Snap’s Map Layers will be available right on top of Snap Map.

The Infatuation’s Layer shows Infatuation-approved restaurants. The Ticketmaster Layer shows the concerts that are coming up and which artist is playing at venues nearby.

The Ticketmaster Layer launches Snapchat users directly into the new Ticketmaster Mini to purchase tickets to the show.

In 2020, Snap Inc. launched Bitmoji for Games that makes it easy for developers to strengthen engagement along with customization for players across the platform. Starting from today, developers will be able to bring Bitmoji in their mobile, console games and PCs right through the Unity platform.

The Games and Minis by Snap Inc. platform gives developers the opportunity to build games and shared experiences for the global community of Snapchat. Basically, instead of building 2 separate apps for iOS and Android, developers and partners can build 1 Game or Mini that starts instantly in Snapchat with no installations required. It also allows them to earn revenue via Snap Tokens, Snap Ads and by offering their products for purchase.

Soon, Poshmark will be launching a Mini through which Snapchatters will be able to join real-time shopping events with their friends on Snapchat, pick their favorite products, and checkout – all without leaving Snapchat.

With the Ticketmaster Mini rolling out in 2021, Snapchatters will be able to ‘swipe right or left’ on artists to connect with their Snapchat friends who want to see the same show.

An existing Snap Games partner, Voodoo will be bringing 5 new titles to Snapchat in 2021. Today, there are over 30 Games that developers have created for Snapchat.

Games and Minis can soon be accessed by simply swiping down on the Snap Camera. Snapchat users can easily pin and organize their favorites games and minis to see a feed of timely updates. This new position of Games and Minis makes it much easier to be discovered and quicker to access by users.

In a pre-recorded Snap Partner Summit that was made live on 20th May 2021, Snap showed its users a suite of new tools that it has made available for Snapchat creators, users and companies. The Summit also had something special in store for creators which was – Story Studio. It is a standalone iOS app that gives creators several editing tools that can be used to make content look as professional as possible.

Story Studio will be helpful especially for users creating content for Spotlight (a feed similar to TikTok) and also if you are a Snap star or if you need more professional and powerful tools for editing. Though many creators edit their stories on their PCs, there are many creators who want to do the editing on their smartphones. Keeping this in mind, Snap has created Story Studio.

Using Story Studio, users will be able to see what’s trending on Snapchat. This includes topics, sounds and lenses. This way, users can remix popular content and create their own take on the current trending meme.