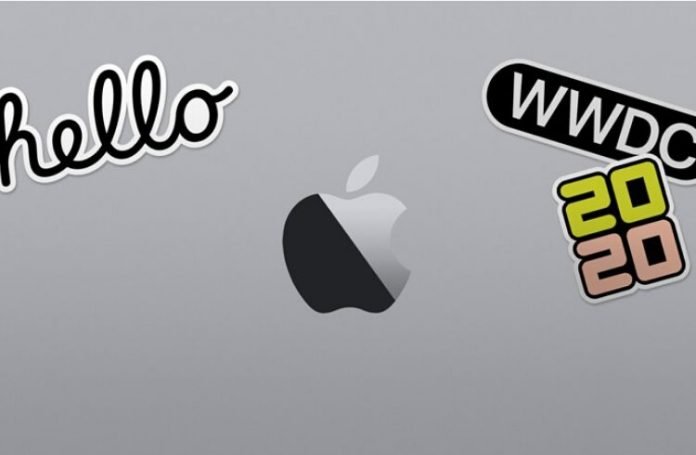 The long-awaited Apple Worldwide Developers Conference 2020 began yesterday and unveiled a lot of jaw-dropping updates. Commenced on 22nd June, the conference will go on till 26th June. As COVID-19 continues to rage all over the world, the Apple WWDC Keynote had to be streamed online. The event saw some big announcements and some that might catch you by surprise. It highlighted all upcoming new and exciting features the company is adding to iOS, iPad OS, AirPods, macOS, tvOS, WatchOS and HomePod.

In case you missed the live-stream or didn’t have to watch the entire keynote, we have covered all major announcements for you below  –

The developers’ conference gave a peek into the iOS 14, the new update that will be made available to iPhones later in July. Here are all the interface changes that will come with iOS 14.

The new operating system update from Apple will allow you to watch videos no matter what else you are doing on your iPhone. Just start playing a video and perform the home screen gesture. Your video will shrink to a smaller box that you will be able to float above other apps. 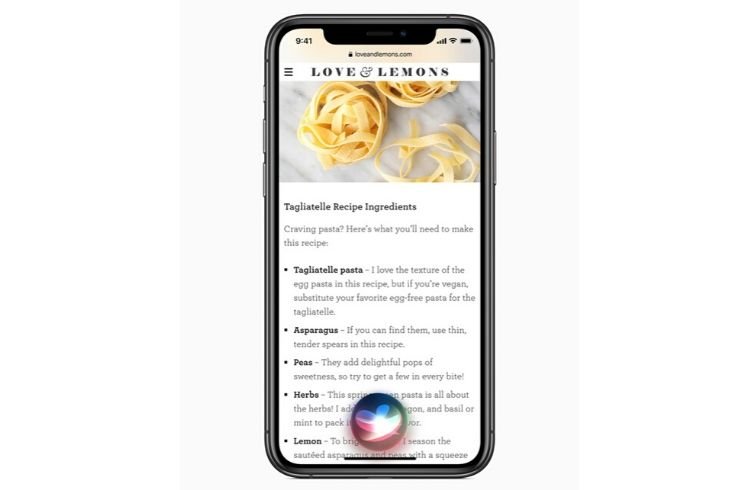 With iOS 14, Apple will be improving its voice assistant feature, Siri. It will be faster and less obstructive. This means Siri won’t take over your entire screen when you want to use the feature. Instead, an animated Siri will appear at the bottom of your screen. 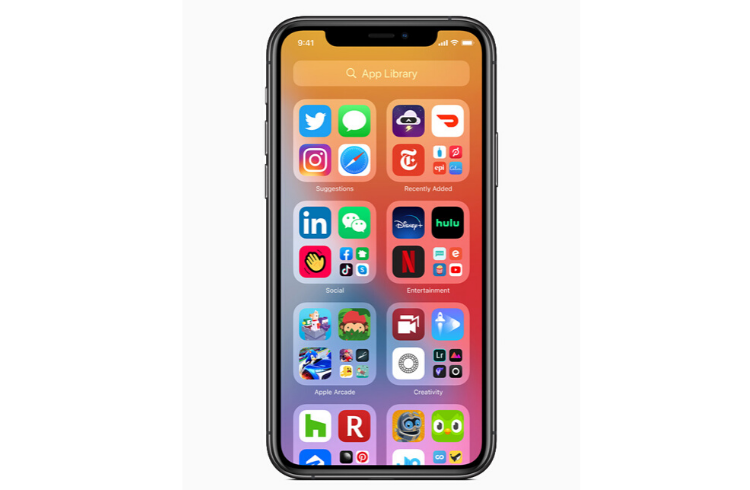 The new feature announced in Apple WWDC 2020 will allow auto-curated app categorization. The feature will automatically sort apps according to categories, such as social media apps, entertainment, news and recently added. App Library will make finding your apps easier and will be available in your final home screen page.

With the launch of iOS 14, Apple iPhones will support home screen widgets. The new interface will allow widgets to be placed on the home screen alongside your apps. For adding and customizing applets, a new interface has also been designed.

Amongst other things, Apple Maps will include cycling-specific routes. Maps will also be capable of alerting you of increases in elevation. The feature will first be made available in New York City, San Francisco, Los Angeles, Shanghai and Beijing. Apart from this, directions for electric vehicle owners will display things like charging locations and battery range.

iOS 14 will allow you to pin conversations important to you at the top of your message list. You will also be able to set up notifications on group messages to alert you only when you are mentioned by your name. 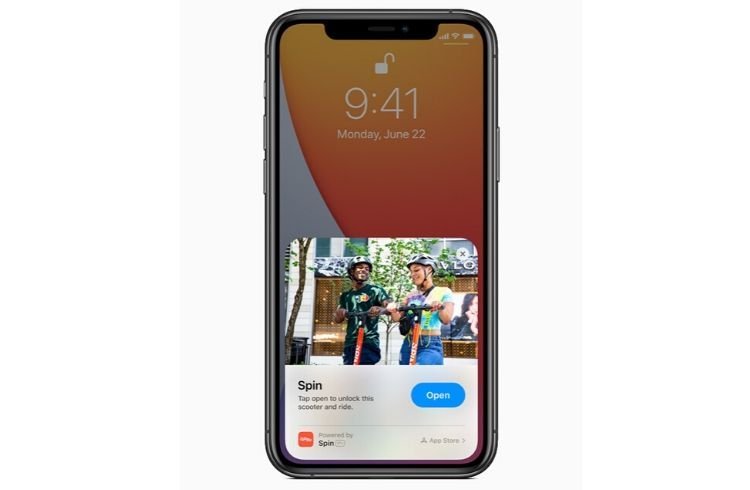 App Clips is definitely amongst the most interesting features announced at the Apple WWDC 2020. These will be lightweight (10MB or less in size) apps, or ‘Applets’, that will be at your service on the moment you need them. For example, if you want to make a payment at a restaurant or rent a scooter. You will be able to do so without downloading heavy apps by simply downloading the corresponding lightweight applets and using NFC, QR code or Safari for payments.

Not much information was given away about Memoji. However, it was mentioned that more ways of customizing the appearance of your avatar will be possible. Additionally, the ability to add face masks or covering will also be added. 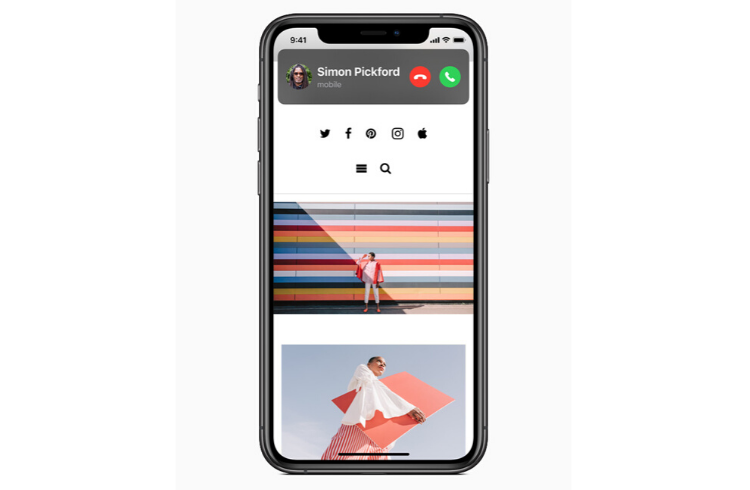 The phone call notification will also be made less obstructive. The entire screen on your iPhone will not be covered by the call anymore. It will simply appear as a small widget-like alert.

In a groundbreaking update, it was revealed at the Apple WWDC 2020 keynote revealed a way to unlock and start your car using iPhone. The feature of digital car key will come in iOS 14 and only for BMW 5 Series. It will be possible by simply registering a key in your Apple Wallet. Unlocking the car would be supported by NFC and the engine will start once you place your iPhone on the resting pad.

Whenever you are using an app that is accessing your microphone or camera, an orange dot will appear in the status bar that will remind you of the same.

In addition to most of the features mentioned above, iPad OS will be complemented with the following more helpful features. 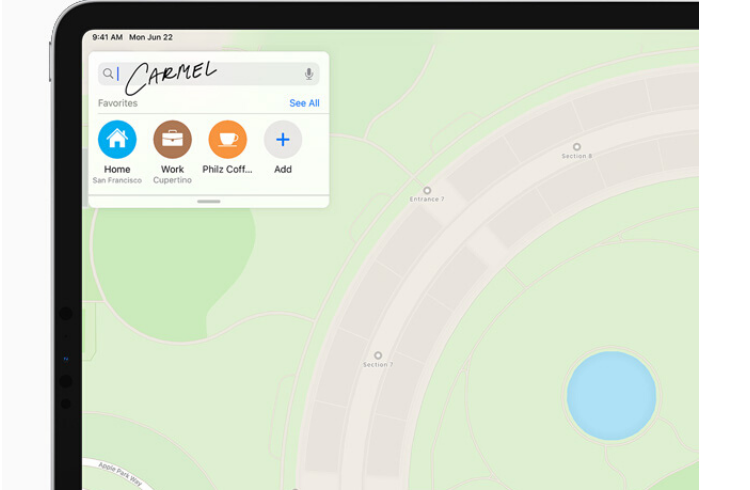 Apple’s stylus, Pencil, is an amazing tool that makes your life easier. With its new feature, Scribble, you can handwrite text and your device will convert it into standard text. With the updated version of iPad OS, you will also be able to draw figures and shapes like stars, arrows and octagons that will automatically convert into computer-drawn shapes.

With the refreshed Apple UI, the search will be able to dig deep into apps like Messages, Keynote, Files and Mail.

Conveniently hideable and more organized, App Sidebar will make interacting with content and navigating through apps easier. The revamped look of the sidebar will appear in first-party Apple apps like Mail and Photos.

Apple’s range of AirPods will also be enhanced with better features. Here’s what to expect.

This feature will be compatible with AirPods Pro only. Spatial Audio is simulated surround sound that will take things like your head position into account and adjust the sound accordingly. It will have built-in accelerometers that will make it seem like the audio is fixed.

WatchOS 7 updates at the WWDC keynote

New features for Apple Watch and WatchOS 7 announced at the Apple WWDC 2020 are as follows.

The Apple Watch will now be capable of detecting when you are washing your hands. It will use its accelerometer to look for relevant hand gestures and the microphone to hear sounds of scrubbing. It will help you time your handwashes and make sure you do it for the full 20 seconds. 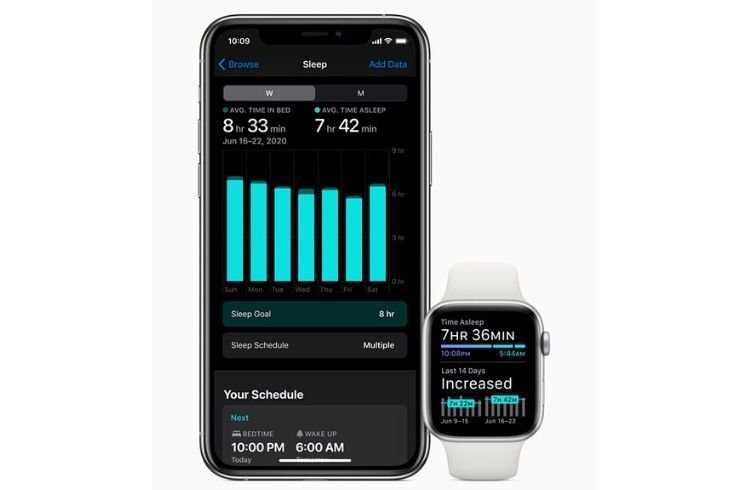 Apple Watch will now know and record your sleep patterns to help you track and schedule your sleep schedule. 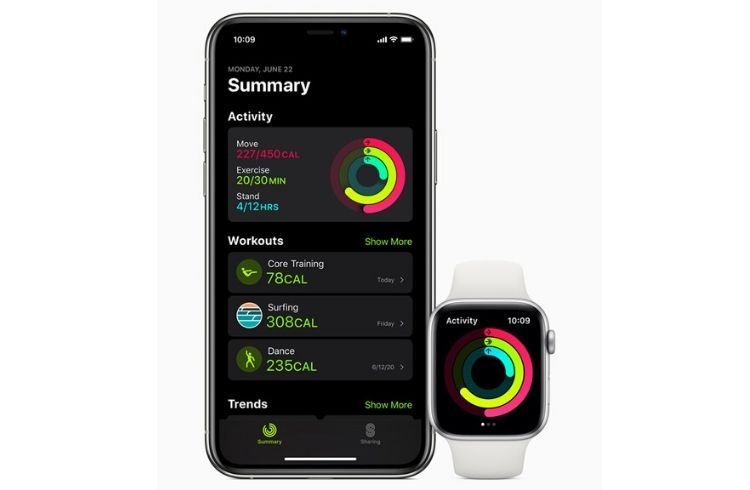 The new Fitness app will have new activities (such as core training, dance, etc.) that you can keep track of. Cycling directions will also be available in the Watch now. 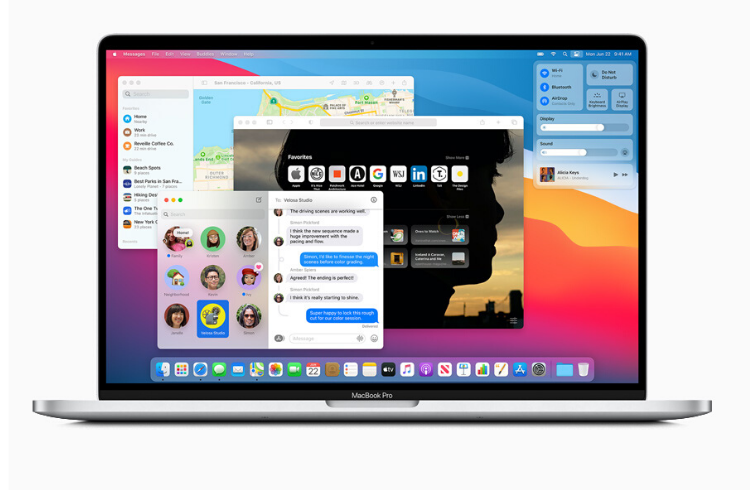 The Apple WWDC 2020 announced the next version of macOS will be known as ‘Big Sur’. Here’s all you need to know about it. 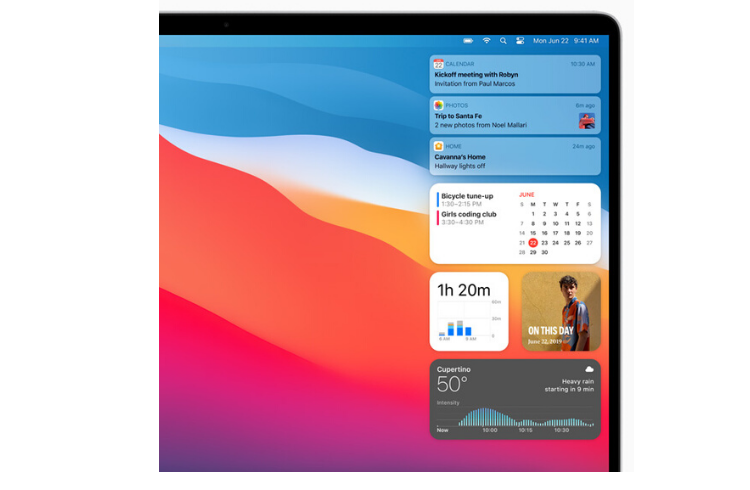 Similar to the iOS, macOS will have a dropdown feature in the upper right portion of the screen that allows one-click access to adjusting display brightness, volume, connectivity, dark mode and so much more.

macOS Maps have also been redesigned with support for things like guides, favourite locations, in-door maps and much more.

Apple browser Safari will now monitor your saved passwords and look for those that might have been exposed to breaches. Privacy Report will also be accessible that will help you track what data is being tracked by the website you are currently visiting.

The live stream of the keynote also announced notable new features in Apple’s Homekit. Here are all the features that will be rolled out.

With the latest update announced at the Apple WWDC 2020 keynote, Homekit-enabled doorbell cameras will now be able to recognize known faces. It will let you know who is at your door via Apple TV or Homepod notifications.

Homekit will now automatically adjust the temperature and brightness of your connected smart bulbs.

The Apple Worldwide Developer Conference showcases its newest innovation, hardware and software, in the event every year. Though there weren’t any new iPhones launched this time, the features revealed are exciting. This year’s keynote was addressed by Tim Cook to an empty auditorium because of the pandemic. Here’s hoping the next one wouldn’t have to be held virtually.