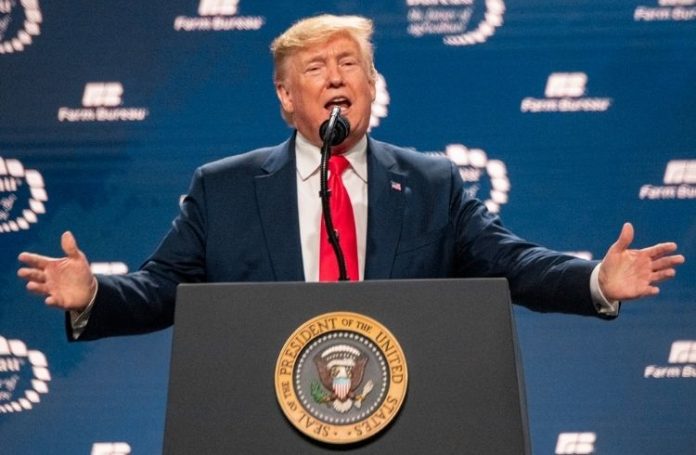 Former United States President Mr Donald Trump announced his plan to launch his own social media platform ‘TRUTH Social’. The move comes about nine months after his official Facebook and Twitter accounts were suspended by the platforms. He said that he will be launching his own media company, Trump Media & Technology Group (TMTG) through which he’ll be launching the new social media platform.

The media company aims at rolling out TRUTH Social in 2022. The former US President says that his goal, through this company and platform, is to compete against the tech giants that have banned his accounts and he is excited to begin sharing his thoughts on Truth Social soon.

The app’s interface is said to be similar to the Jack Dorsey-founded microblogging platform Twitter. Mr Trump announced the news through a press release and his son, Mr Donald J Trump Jr. tweeted about it on Twitter.

Trump Media & Technology Group’s Truth Social will be a free, open communication platform that’ll encourage honest conversations (however, users will be prohibited from making fun of the platform as per its terms of service agreement).

The social media platform is a product of a freshly formed venture Trump Media & Technology Group that’s been created via a merger with Digital World Acquisition Corp. The newly founded media company of Mr. Trump, Trump Media and Technology Group was incorporated in Delaware in February with no real revenue or a tested business plan. The company closed a deal to merge with Digital World on Wednesday.

Digital World was established last year, shortly after Mr Trump lost the election. In September 2021, Digital World raised about $300 million from big investors. If the merger is approved, the  money raised will soon be bankrolling Trump’s media venture.

When will Truth Social be launched?

Truth Social’s official website and app are not live as of now but they are open to ‘invited users’ for a Beta test launch that’ll happen in November 2021. Though Truth Social hasn’t officially gone live yet, some people managed to get access to the app and create a Truth Social account via a URL (that has now been taken down). A Daily Dot reporter was one of the people who were able to create an account. The reporter created a profile as @DonaldTrump.

As of now, Truth Social is the only actually visible product of TMTG. The app is said to already have glitches and issues. Some reporters and journalists have already managed to create accounts on the app with usernames like “mikepence” and “donaldtrump.”

This is not the first time the former president has tried to get revenge against the ban and plot a return to social media. Previously, he tried to voice his view through an online communication tool “From the Desk of Donald J Trump.”