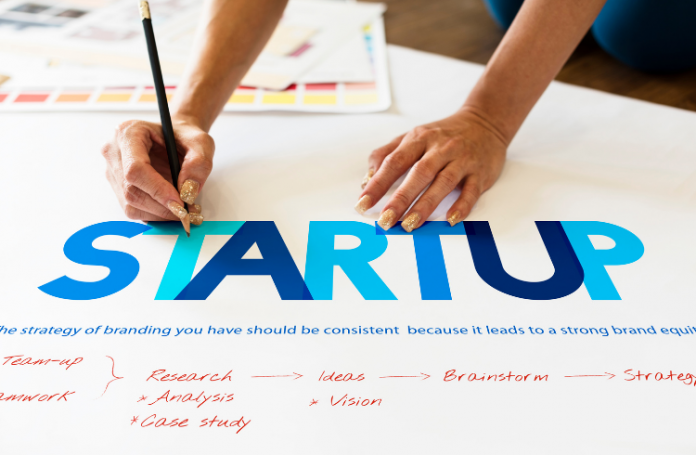 Did you know – less than 1% of startups end up becoming unicorns like Airbnb, Uber and Slack [1]? Recent research by Mr Shikhar Gosh (Senior Lecturer at Harvard Business School) found that 3 in 4 VC-backed firms in the United States fail [2]. Moreover, Data from the Bureau of Labor Statistics showed that about 20% of new businesses fail within the first 2 years of operations, 45% within the f5 years and 65% within 10 years [3].

Startups across the globe fail due to a lot of reasons – Disharmony amongst co-founders, misaligned interests between the company and VC, pricing issues, not-so-great products, product mistiming and poor marketing.

Founded in August 2018, Quibi was a short-form content streaming platform. The platform essentially generated content for watching on smartphones. Quibi was established and led by some very experienced executives, like Mr Meg Whitman. The company also managed to attain $1.75 billion in funding.

The Quibi app was launched in April 2020 amidst the COVID-19 pandemic. It released some great titles and the cost was also pretty low starting at $5 a month for an ad-free version.

However, what it failed to do was attract a large and loyal audience. It failed to gain substantial traction with viewers amid a crowded market of streaming services (like Netflix) as well as other short-form content providers (such as TikTok).

In January 2021, the rights to Quibi’s programming was bought by Roku for just about $100M. At the time of the shutdown, Jeffrey Katzenberg (Quibi Founder) and Meg Whitman (CEO) said in a letter to their employees that there were one or two reasons behind the failure of Quibi:

“The idea behind Quibi was either not strong enough to become a stand-alone streaming service or the launch of the service (which was in the middle of a pandemic) was particularly ill-timed.”

Layer, Inc. was a company whose goal was to build an open cloud service for the communication industry. The ambitious company wanted to use Voice over Internet Protocol (VoIP) to develop an expandable and flexible service network.

The idea as well as the team was solid. However, despite the great idea and decent funding ($44 million), Layer had to shut its operations in October 2019. The communication sector has been very competitive since 2010 and this organization wasn’t able to give strong competition to other players in the market.

The company grew substantially in its initial days. Experts say that the company’s investors pressured the company to grow at a faster pace. Also, the final product they created wasn’t as dependable as one would hope for, which led to the failure of Layer.

Next on the list of biggest startup failures comes Jawbone – a San Francisco-based wearable tech company. The electronics company used to produce consumer products such as fitness trackers, headsets and Bluetooth speakers.

Big names in venture capital like Andreessen Horowitz, Sequoia, Khosla Ventures and many more invested huge sums of money amounting to $930 million in Jawbone. Founded in 1999 by Alexander Asseily and Hosain Rahman, Jawbone is currently undergoing liquidation since 2017.

According to experts, what killed this company was overfunding. The organization increased its valuation artificially and was almost force-fed with unnecessary capital. Ultimately, wearable tech wasn’t able to compete with its rivals, like Samsung and Fitbit.

Undoubtedly, Alphabet, Inc. has given the world some of the best, most useful products. It is a visionary company that isn’t scared of experimenting and failing. Loon LLC was one such experiment by the Google-parent organization.

Loon was essentially working on offering Internet access in remote and rural areas. They planned on using high altitude air balloons in the stratosphere to create an “aerial wireless network”. What an idea!

The company was established in 2011. However, Loon has been announced defunct since January 2021. Head of X, Astro Teller said that despite the groundbreaking technical achievements of the team over the past 9 years, the road to commercial viability is taking much longer as well as riskier than hoped. There were no comments on why its view of the commercial prospects of Loon had shifted in the space of the last 6 months.

Xinja is an Aussie financial technology company that was founded in May 2017. In addition to being a fintech, Xinja was also formerly a bank. To be more specific, it was a neobank. Meaning a bank that does not have any physical presence or branches.

Xinja Holdings Limited was granted a complete banking license in 2019 by the Australian Prudential Regulation Authority. However, in December 2020, the Sydney-headquartered digital bank announced that it will be handing back its banking license and refunding customer deposits. The reason behind Xinja’s exiting banking was its heavy spendings on its high-interest bank accounts and its inability to get funding before shutting down its banking products.

ScaleFactor was founded in 2014 in Texas, United States. The company had developed efficient accounting and finance software. Scale Factors software basically automated the end-to-end bookkeeping needs of its users.

The organization had funding of over $100 million from various investors. One of the things that led to this startup’s failure was that it focused mostly on expensive marketing strategies instead of the product itself.

A startup’s success is in no way guaranteed by its capital raising capacity. The world of business is changing every day. Any organization that is unable to adapt to these changes is likely to fail.

Being backed by big venture capital firms or high net individuals isn’t ever enough to save any startup from failing. Many high potential startups, and even market-leading companies, came to an end because they were unable or unwilling to keep up with the world or not able to innovate.

It is true that the pandemic has made it very tough for businesses to survive and thrive. Hopefully, the coming years will bring better opportunities for startups to build innovative products and services for the market.