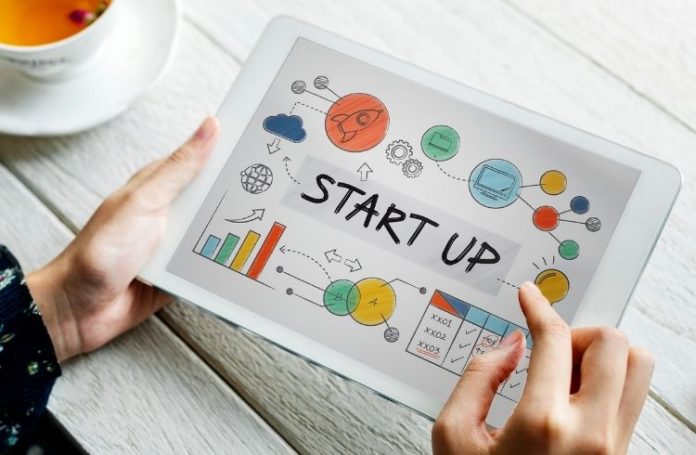 Launched in 2005, Y Combinator is an American visionary seed funding startup accelerator that has backed many of the world’s top companies in setting up shop. The startup accelerator is behind companies like Dropbox, Twitch, Stripe, Reddit and Airbnb that today are looked up to. In this blog, we will be talking about top Y combinator companies and startups that are ruling their respective industries. Before we get into the names of the groundbreaking companies Y Combinator has nurtured, let’s have a brief look at Y Combinator’s history.

A Little About Y Combinator

California-based Y Combinator is a venture capital firm that was co-founded by Jessica Livingston, Paul Graham, Trevor Blackwell and Robert Morris. It is a Limited Liability Company (LLC) that has, till date, backed and nurtured over 2,000 companies. As of January 2021, the combined valuation of Y Combinator companies is more than US$300 billion. The goal of this VC is to get a startup through the first stage in which it gets to a point where it has built something groundbreaking and impressive enough to raise capital at scale. Though Y Combinator mostly provides seed funding to startups, it introduces its startups to investors and acquirers at later stages.

Now, let us have a look at a few top Y Combinator startups and companies.

Of course, the first in the list of Y Combinator companies has to be Airbnb. Airbnb is an online lodging marketplace that primarily offers homestays for vacation rentals. Headquartered in California, the vacation rental company was founded in the year 2008 by Joe Gebbia, Brian Chesky and Nathan Blecharczyk. This Y Combinator startup doesn’t own a single listed property on its website. It’s business model is based on receiving commission on each booking. In 2009, Airbnb received venture funding of $20,000 from Y Combinator and in 2020 it generated $3.378 billion in revenue.

In 2016, Y Combinator company Airbnb raised about $555.5 million in capital funding from Google Capital as well as Technology Crossover Ventures at a valuation of $30 billion. In 2017, it raised around $1 billion, bringing its total funding raised to over $3 billion and valuing the venture at $31 billion. In  2020, Airbnb raised another $1 billion in a funding round backed by private equity firms Sixth Street Partners and Silver Lake. Moreover, on December 10th, 2020, Airbnb became a public company through an IPO.

Next on the list of Y Combinator companies is DoorDash, an online food ordering company. DoorDash is a delivery and takeout startup backed by Y Combinator that’s based in San Francisco. The startup was founded in 2013 by Evan Moore, Andy Fang, Tony Xu and Stanley Tang. In 2013, DoorDash received $120,000 in seed capital from Y Combinator and in 2020, it generated $2.886 billion in revenue. According to Edison Trends, it has a 60% market share in the US in the convenience delivery category [1]. The online food delivery startup serves the United States, Australia and Canada. It has about 3886 employees, serves over 450, merchants 1 million delivery partners and 20,000,000 consumers.

Co-founded by Irish entrepreneurs and brothers Patrick Collison and John Collison, Stripe is a financial services company. The Y Combinator startup offers fintech services like billing, Connect, payments, Sigma, Atlas, fraud detection, issuing and Terminal. The Irish-American fintech Stripe also received seed capital from Y Combinator in its initial setup stage. In 2011, it also received a heavy investment of $2 million from investors including serial entrepreneur Elon Musk and VC firms SV Angel and Sequoia Capital. The company has two headquarters – One in San Francisco (California) and another in Dublin (Ireland).

Next in line of Y Combinator companies is Instacart. an online grocery delivery and pick-up service. Through its website and mobile app, people can place orders for groceries with the shop

ping being done by a personal shopper. Founded by Max Mullen, Apoorva Mehta and Brandon Leonardo, Instacart is now owned by Maplebear Inc. and serves 5,500 cities in the United States and Canada. Mehta was a participant in the Summer 2012 batch of Y Combinator, which led to the birth of Instacart. Today, Instacart is backed by venture capital firms like Comcast Ventures, Sequoia Capital, Thrive Capital, Andreessen Horowitz, Coatue Management and Valiant Capital.

Reddit is a social news aggregation, discussion and web content rating website that’s backed by Y Combinator. Founded in 2015 by Aaron Swartz, Alexis Ohanian and Steve Huffman, Reddit is a user generated content platform. Users can upload photos, text-based posts, videos and links in what is essentially a ‘bulletin board system’. The name ‘Reddit’ is wordplay with the phrase ‘read it’, that is ‘I read it on Reddit’. According to Reddit, it has over 30 billion monthly views as of 2020 and 130,000 active communities.

Razorpay is one of the groundbreaking Y Combinator companies in the fintech sector. Founded in 2015 by Harshil Mathur and Shashank Kumar, Razorpay is a neobanking and full stack payments platform for businesses in India. The Y Combinator startup is focused on building a next generation digital banking platform for Indians. Its mission is to enable frictionless payments and banking experiences for small, medium and large scale businesses. Razorpay started as a B2B payments fintech firm and today, it processes billions of dollars in payments for hundreds of thousands of Indian businesses. Over time, it has raised more than $200 million in funding from marquee VC firms like Tiger Global, Sequoia Capital, Ribbit Capital, GIC and Matrix Partners.

Co-founded by former Airbnb engineer Brian Armstrong and former Goldman Sachs trader Fred Ehrsam, Coinbase is a cryptocurrency trading platform. Founded in Summer 2012 Y Combinator startup incubator program, is a digital currency exchange that’s headquartered in San Francisco. It has received funding from venture capital firms like Ribbit Capital, Union Square Capital and Andreessen Horowitz. Currently operating in 32 countries, Coinbase allows trading of cryptocurrencies like Bitcoin, Ethereum, Bitcoin Cash, Litecoin, Ethereum Classic and many others. They broker exchanges of cryptocurrencies with fiat currencies of the 32 countries. In 2021, this Y Combinator company made the giant leap of going public. Coinbase has a mobile app through which it allows buying and selling cryptocurrency.

SEE ALSO: 6 Different types of cryptocurrencies and why governments fear them

Established in the year 2011, Zapier is a global remote organization that enables end users to integrate web apps they use. The Winter 2012 funding cycle company has helped  more than 1.8 million individuals as well as businesses with their automation requirements. Zapier connects more than 2,000 web applications to help individuals and businesses be more efficient at what they do. It was co-founded by Wade Foster, Mike Knoop and Bryan Helmig as part of Weekend Columbia in 2011.

Checkr is one of the Y Combinator companies that graduated from its accelerator programme in 2014. Since then, the products of Checkr have shifted the on-demand economy. Founded by Daniel Yanisse and Jonathon Feder, Checkr’s team size is 580. Headquartered in San Francisco, Checkr provides compliant modern background checks for global organizations as well as startups. The company knows how tough it might be for candidates with criminal activity records to land a job and wants to help them get a second chance. Over 3,000 enterprises, including Netflix, Uber, GrubHub, Instacart and Zenefits, trust Checkr for background screenings. It has received funding from investors like Google Ventures, TRowel Price, Accel Partners and of course, Y Combinator.

One of the most known Y Combinator companies, Dropbox was founded in 2008. It was co-founded by Arash Ferdowsi and Drew Houston. Headquartered in San Francisco, it has a team size of 4000. Dropbox is a file hosting service that offers cloud storage, personal cloud and file synchronization.

9 brilliant female tech entrepreneurs that are ruling the world