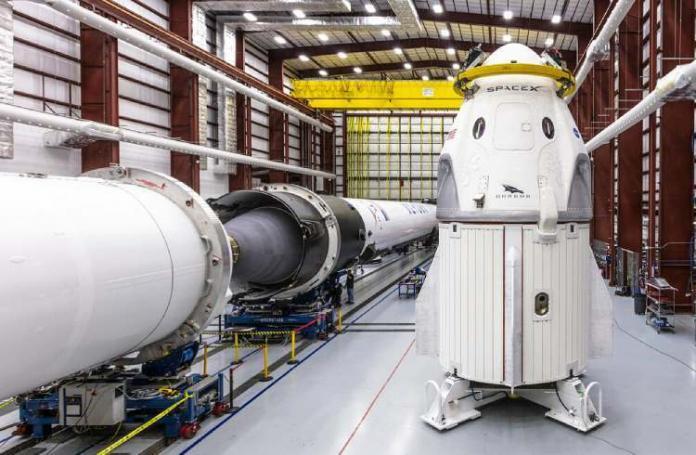 SpaceX’s Crew Dragon capsule and Falcon 9 rocket are now ready to fly with NASA astronauts Bob Behnken and Doug Hurley. The spacecraft gets a ‘go’ from both NASA and SpaceX, to take a trip to the International Space Station after officially passing the final flight readiness review. The launch has been scheduled for May 27th 2020, Wednesday at 4:33 PM EDT. The Crew Dragon Demo-2 will be the first crewed test flight of the Crew Dragon spacecraft. Though everything looks positive from the technical aspect, there is one critical obstacle that stands before the launch.

The major hurdle in the launch of Crew Dragon

The most awaited launch of the year has only one major constraint. The weather conditions are only 40% favourable for the launch attempt. In a press conference held on 26th May 2020, the officials from NASA and SpaceX said they will be closely monitoring the weather conditions till the launch. If the weather doesn’t look good, they have backup opportunities for launch attempts on May 30th 2020 along with a window on May 31st 2020. 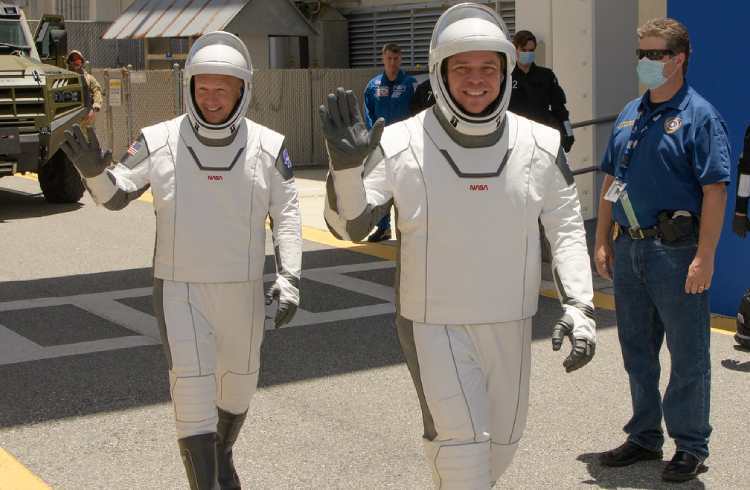 Hans Koenigsmann, VP of Mission Assurance at SpaceX, said that seeing the astronauts climb aboard the SpaceX Dragon during the dry dress rehearsal really hit home about the seriousness of this moment. Koenigsmann also went through the schedule for the actual launch day.

After the Crew Dragon spacecraft has been launched, it will spend 19 hours on the orbit with orbit-raising burns. It will also conduct a manual flight test for around 30 minutes just prior to docking. Apart from this, SpaceX Dragon will be under fully automated control. Once the docking is complete, the hatch will be opened about 2 hours later.

The departure date and schedule for Behnken and Hurley to leave the International Space Station will be provided by NASA later. It will happen sometime between 6-16 weeks from the launch. Koenigsmann said that after their duration at the ISS, the astronauts will then get back into Dragon, suit up, undock from the ISS and land in the Atlantic Ocean.

Note that the crowd that was allowed near the Kennedy Space Center during the 2011 launch won’t be allowed this time. NASA is limiting visitors at the space centre on the day of the launch. The VIP list for the event has been kept short that includes few members of the congress and the National Space Council.

The launch of the SpaceX Crew Dragon will mark the first-ever human spaceflight for SpaceX from the U.S. soil since 2011. NASA and SpaceX have been preparing for this moment since the commencement of the Commercial Crew program in 2020. Also, if this test flight goes as planned, NASA plans to launch three U.S. astronauts and one Japanese flier on the first operational Crew Dragon in around fall.