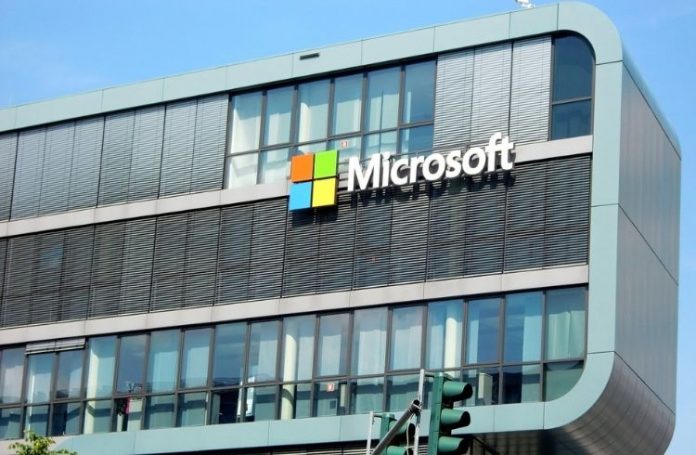 The annual developers conference by tech company Microsoft, Build 2021 will be held from May 25th 2021 to May 27th 2021. Build by Microsoft is a 2-day event held every year and is aimed at web developers and software engineers using Microsoft Azure, Windows and other technologies offered by Microsoft. Looking at the current scenario of increasing COVID-19 cases, just like 2020, Build 2021 will be held virtually. Though this hasn’t been made official yet.

According to the website, Build is a conference where developers, architects, students and startups can learn, code and connect with each other. They can also share their knowledge and expand their skill set while exploring groundbreaking ways of innovating for the future.

The first-ever Build by Microsoft was held in the year 2011 and it serves as a successor to the previous developer conferences by Microsoft, the MIX and the Professional Developers Conference. Previously, the Microsoft-organized event has been held at Microsoft Redmond campus, Anaheim Convention Center, Washington State Convention Center and Moscone Center.

The biggest attraction at Build Microsoft for developers is the keynote event, where the tech giant usually talks about the latest software updates it’s going to bring in its platforms and services, including Windows 10. At Microsoft Build 2020, the company announced some of its efficient features for Project Reunion, Teams and other platforms. The tech company also showcased its PowerToys Run launcher and Fluid Framework amongst other products.

The conference was attended by about 5,000 people including media and developers to get first-hand access to the latest technologies and features. In 2020, Microsoft Build was canceled and held as a virtual event due to the pandemic. The 48-hour digital event was live-streamed.

Everything you need to know about Build 2021

Yes, the event will be held virtually. You can attend the event from the comfort of your home. All you have to do is register for the event once the registration link is made live by Microsoft.

While canceling the Microsoft Build 2021 physical event, Microsoft said that in light of the health safety recommendations released for Washington State, Microsoft will be delivering its annual Microsoft Build event as a digital one, in lieu of an in-person event.

Registration for Microsoft Build 2021 hasn’t been opened yet.

The conference will be free to attend.

SEE ALSO: Clubhouse app: what’s the hype & how to get an invite?

At Build 2021 developer conference, Microsoft will most probably focus on the Windows 10 21H2 feature update. This version of Windows 10 is said to have some major developments, which also includes a visual overhaul amongst various new features. Moreover, Microsoft is also expected to drop details about Windows 10X, a new version that Microsoft has designed for a new type of computer which includes dual screen devices. It is rumored that at first, Windows 10X will be made available on clamshell personal computers and notebooks in the educational segment. At the event, you can also expect insightful sessions by industry experts.

Why should you attend MSBuild conferences?

At Microsoft Build, you get 2-days non-stop content for developers. If you’re a developer and interested in getting actionable points in what they can do by creating immersive experiences, this event is for you. It is a platform where you can get one-on-one guidance from engineers of Microsoft. The free-to-attend Build conference will be power packed with workshops as well as keynotes that’ll be live-streamed. If you love to keep up with latest updates in the world of Microsoft, Build Microsoft will be a great way for you to know upcoming changes the company will be making to Office, Windows, Edge, Azure and its other services.

Microsoft’s Build conference is one of the three flagship events by the tech company, along with Ignite and Inspire. Though there’s significant overlap among the content and material presented at the three events, the focus of the three events are different. Build’s key focus is developers, Ignite focuses more toward the operations side while Inspire focuses on the business side.

Microsoft’s Build developers conferences are held annually for the key purpose of sharing information, discussing technology at a larger scale and talking about new innovations with Microsoft. Build is a platform where Microsoft talks about the future of its technologies, platforms and services that are already up and running and other upcoming projects that it is working on. So, if you want to stay up to date with what’s going on at Microsoft, register for the Build 2021 conference.

In other IT news, Microsoft is hosting another awaited event – Game Stack Live 2021. It is scheduled for 20 April 2021. This gaming event will be focusing on Microsoft platforms, services and tools that will empower game developers and enhance their gaming experience.

SEE ALSO: Zoom Fatigue is real: Here’s how you can cope with it