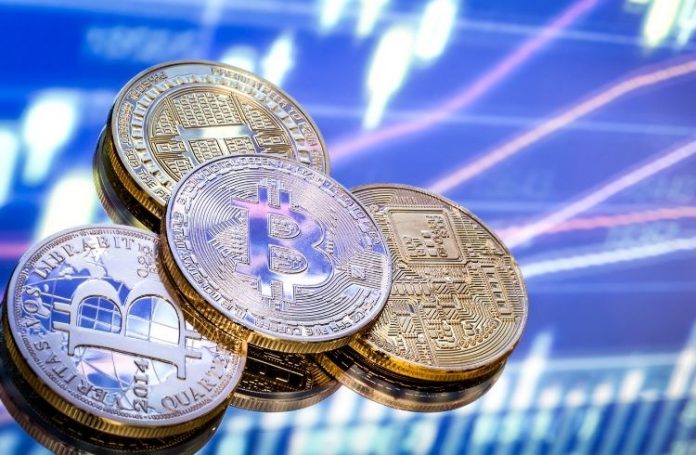 A cryptocurrency is a digital asset designed with the help of blockchain to work as a seamless medium of exchange in which coin ownership records are stored in computerized ledger. Blockchain is a groundbreaking technology that’s spread across several computers which manage and record transactions.

These different types of digital currency enable you to buy goods and services or even trade them for profit. To secure the transactions carried online, robust cryptography is used. Cryptography is the process of converting plain text into complex text, and vice-versa. It is a cutting-edge technology used for storing as well as transmitting critical data in a specific form, so only parties involved can read and process it.

So, why a powerful technology like cryptocurrency is being hated or even feared by governments and banks across the world? Let us try to understand.

Why do governments around the world dislike cryptocurrencies

The term ‘fiat’ is used to describe the traditional and conventional modes of currencies which we use, like the notes and coins that are issued by the government. We believe in and value fiat currencies because the governments say that these currencies have value. However, an increasing number of people think that this currency means nothing and has no value, as fiat currencies are not supported by any tangible asset. Governments of different countries control their respective fiat currencies. Central banks in countries are used to issue and destroy money using what’s known as ‘monetary policy’ to enforce economic influence.

Governments also govern how fiat currencies are transferred from one person and account to another, which enables them to track the movement of currency, collect taxes on it, dictate who makes profit from the movement and trace unauthorized activity. All control is lost when non-government bodies that don’t trust fiat currencies, create and deploy their own currencies.  Crypto-enthusiasts think that banks are evil as banks earn from the high interest rates charged on loans and other overcharges on certain services like international transfers.

Banks are greatly centralized, meaning they need to work under a governing body created by a government. Banks are institutions that make decisions that affect immensely their customers without the users wanting or having to agree to it. According to the government, centralization allows banking institutions to make better decisions faster and the chain of command is clear and transparent. Decentralization of currencies is fairly a new concept. The brilliant idea of a decentralized network where an entire system won’t have to rely on any authority has become possible, all because of blockchain.

Moreover, cryptocurrencies do not require any middlemen. In case of fiat currencies, the middlemen are banks. In cryptocurrencies, a computerized ledger has made an entry. For the longest time, banks have played the roles of intermediaries and now, a network of codes and/or  individual computers is responsible for powering through transactions all over the world. As no banks are involved, there is no way the government can regulate or control these digital currencies, and what can’t be controlled is feared.

SEE ALSO: FinTech Trends 2021: 6 technologies to watch out for 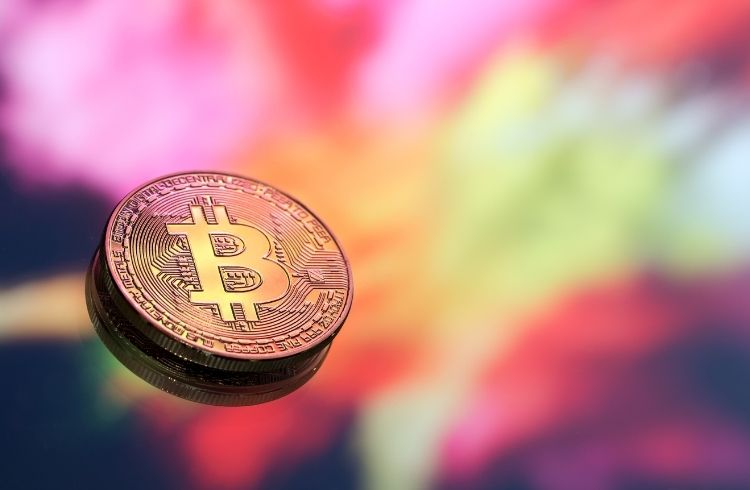 The total and maximum number of Bitcoins that can ever exist is 21 million. At the time of writing this blog, 2,357,475 Bitcoins were remaining to be mined. The pseudonymous inventor Nakamoto has about 900,000 Bitcoins.

Initially released in 2012, the idea of Ripple was conceived by Mr Jed McCaleb and built by David Schwartz and Arthur Britto. It is a different type of digital currency as it is not based on blockchain technology. It hasn’t been created for individual users and is used by larger corporations and companies that need to move large amounts of money. Rather than its XRP crypto, Ripple is better known for its digital payment protocol.This is because its system allows money transfer in any form, be it Euros, Dollars or even Bitcoin and other altcoins. Ripple claims that it is well-equipped to handle about 1500 transactions/second. Euthereum can handle 15 transactions per second and Bitcoin can handle 3-6 transactions per second (Excluding scaling layers).

Amongst different types of cryptocurrency, Stellar is the one that focuses on money transfer. It is designed to make money transfers and cross-border payments faster and much more efficient. Stellar was founded in 2014 by Jed McCaleb, Ripple Co-founder. It is operated by Stellar.org, a Non Profit Organization. The goal of this cryptocurrency is to help developing economies which don’t have access to proper traditional banking and financial institutions and investment opportunities. Moreover, Stellar does not charge institutions or users for using its network and covers its operating costs by accepting (tax-deductible) public donations.

SEE ALSO: What is Technopreneurship? What is its meaning, importance & example? 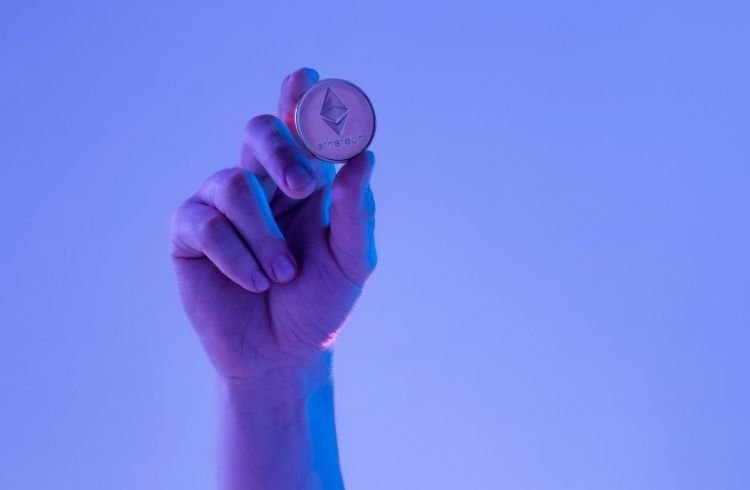 Ethereum is one of the different types of cryptocurrency we want to talk about in this blog. It is a Bitcoin alternative that enables Decentralized Applications (or DApps) and Smart Contracts to be built and deployed without any downtime, control, fraud or third-party interference.

The mission behind Ethereum is to develop a decentralized suite of fintech products that absolutely anyone can have access to (for free), regardless of their ethnicity, nationality and faith. You can think of Ethereum as an app store, like Google Play Store. The token in the world of Ethereum is known as Ether and is used as currency by app developers and users.

Developed by Sergey Nazarov and Steve Ellis, Chainlink bridges the gap between smart contracts and data outside of it. A brilliant and one of the many different types of cryptocurrency available out there, Chainlink aims to essentially incentivize an international network of computers to offer real-world and reliable data to smart contracts that are running on top of blockchain. Till date, smart contracts in the crypto-world have been used for anything and everything, from creating great crypto-financial products to developing and deploying new crypto assets. 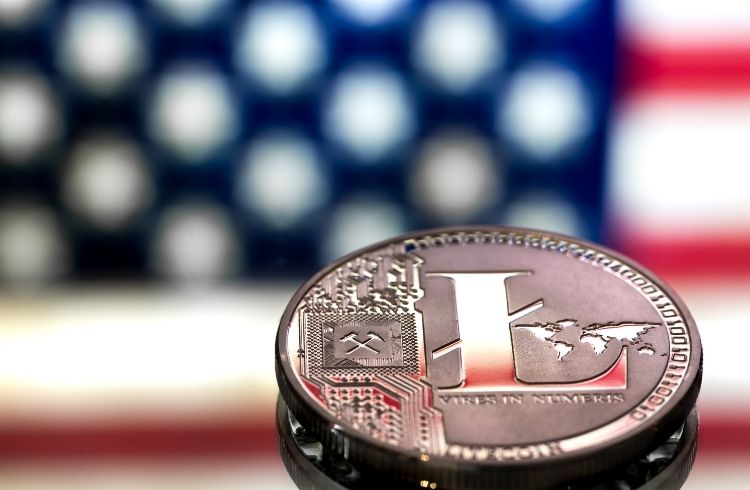 One of the first cryptocurrencies to follow in the footsteps of Bitcoin, Litecoin was created in the year 2011 by an MIT graduate and former Google employee, Charlie Lee. Litecoin was designed with the aim of improving on Bitcoin technology that processed transactions in shorter time and lower fees. It was released under the MIT/X11 license.

The concept of Litecoin is based on an open-source international payment network and uses ‘scrypt’ as a proof of work. Scrypt can be decoded with help of a CPU of consumer grade. The coin limit for Litecoin is 84 million.

It is tough to understand and predict the future of Bitcoin and altcoins. The governments and banks around the world are trying to come up with ways of how to regulate cryptocurrencies and different types of cryptocurrency trading. When it comes to its legality, Bitcoin was made legal in the United States, the United Kingdom and Japan. However, China has banned its use. At the end, whether cryptocurrencies are legal or not depends on each individual country and its government.

[1] Statista (2021) “Number of daily transactions in Bitcoin, Ethereum and nine other cryptocurrencies from January 2017 to February 21, 2021” [Online] Available from: https://www.statista.com/statistics/730838/number-of-daily-cryptocurrency-transactions-by-type/ [Accessed March 2021]