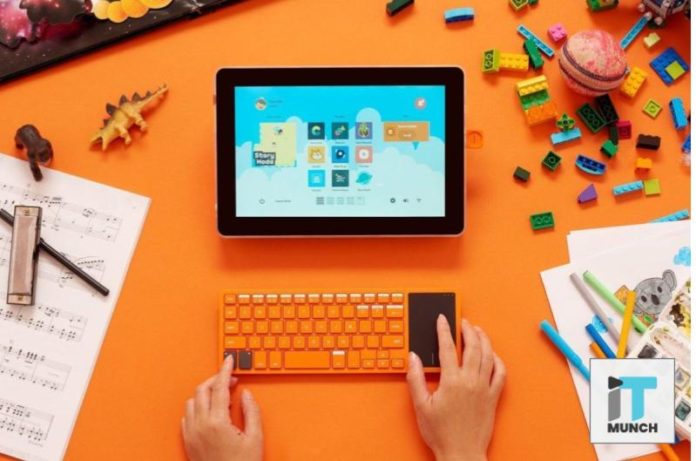 Trending in the latest tech news is the announcement made by Kano, the computer kit maker to partner with Microsoft. The association will enable Kano to upgrade from Raspberry Pi and run all its kits officially on Windows 10.

Kano has previously introduced its DIY computer kits which functioned on Kano’s own OS. But, this major shift in constructing a Windows-powered system is a major leap of success taken by the company. Keep reading to know more about the partnership and the product outcome.

Kano is an educational startup founded in London in 2019. The company is know for creating DIY computer kits for kids. Since its inception, it has been creating computer kits that functioned on Raspberry Pi and Kano’s OS.

The company has worked with a single mission of developing computers that youngsters can experiment with. The computer kits that they have been creating are aimed to enable kids to build a device on their own right from coding.

Kano aims to target younger kids and parents who encourage their kids interested in technological advancements. The company has previously launched basic accessories to work with basic computers. It has also launched a tech toy that worked entirely on demographics. With the success rate that it is experiencing, it has plans of launching many more such products in the near future.

Kano PC: Build Your Own Computer

Kano’s latest development- Kano PC is developed for kids to have a computer experience that is not only different but personalized according to their liking. It is an entry-level, affordable computer that includes components and detailed instructions necessary to guide them to build their own PC.

Kano PC has an 11.6-inch touchscreen, transparent case back with a full-sized keyboard cover. Its specifications include Intel Atom x5-Z8350 and 1.44 GHz processor. For storage, it has 4GB of RAM, 64GB expandable memory. Along with that Wi-Fi, Bluetooth 4.2 for network connections. For external usage, the device consists of 1 HDMI port,  2 USB ports, and a 3.5mm headphone jack as well as a microphone.

The prime differentiating upgrade that Microsoft and Kano aim to bring in with Kano PC is that instead of using Raspberry Pi- based computer and Windows computers differently, they have tried to unify that experience into one single device.

Anthony Salcito, VP of education at Microsoft, expressed, “We align with Kano’s goal of making classroom experiences more inclusive for teachers and students, empowering them to build the future, not just imagine it”

Similarly, Kano’s employees are equally thrilled to share their vision with Microsoft. With this association, they plan to move forward with their ideas of co-creating an experience of learning, making, and playing with the power of Windows and the creativity of their own company.

Optus acquires Amaysim for $250 million; launches its own MVNO: Gomo