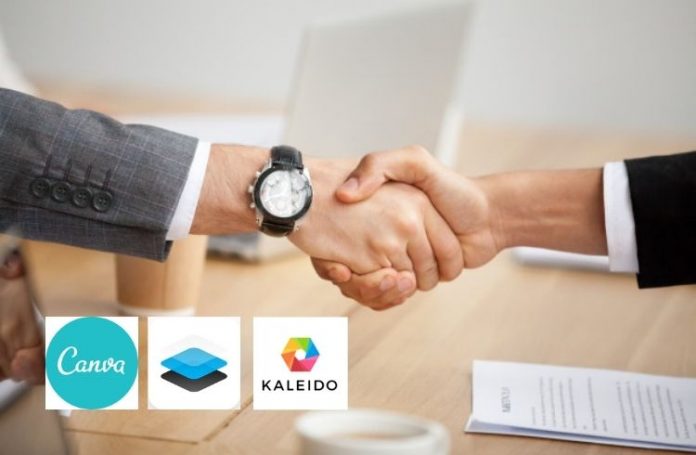 Canva, an Australia-based technology company announced that it has completed acquisition of two European companies, Kaleido.ai (Austria-based) and Smartmockups (Czech Republic-based). With these acquisitions, Canva aims to strengthen its capabilities across the artificial intelligence (AI) and automation sphere.

The move will enable Canva to expand its existing dynamic applications portfolio. It also brings to light the company’s objective of increasing its range of tools for editing, creating, and publishing different types of content. As of now, the acquisition costs have not been disclosed.

Cliff Obrecht, COO and Founder of Canva said that both, Kaleido and Smartmockups, bring an incredible wealth of innovation and talent in the visual design and artificial intelligence (AI) space which will seamlessly integrate into the rapidly growing repertoire of visual communication tools of Canva as they double down on their investment as well as product innovation in the same space.

What the acquisition means for Kaleido & Smartmockups

The acquisition will help both the companies make most of Canva’s growing global presence across the application and integration space. Kaleido and Smartmockups bring a spectrum of cutting-edge visual design tools in addition to Canva’s popular tools that are used by over 40 million people worldwide.

According to Seb Ruiz, Canva Head of Apps and Integrations, Kaleido and Smartmockups come with abundant product innovation and talent in the visual design domain which will be integrated into the Canva platform. He further added that the joint prowess of the three entities will pave the way for endless innovation in the design AI space.

Kaleido is an Austrian-based visual AI startup that has revolutionized the way users can remove background from photos and videos. Kaleido, the developer of Unscreen and remove.bg has an impressive customer base that includes popular names such as Samsung, New York Times, and Alibaba.

Benjamin Groessing, co-founder of Kaleido revealed that the company’s user base has grown by over 600% in 2020 as millions of people are searching for cost-effective tools for complex issues and Kaleido addresses these problems.

Smartmockups was founded in 2016 by Andrew Nekvinda and Lukas Zajic in Liberec, Czech Republic. The duo started the company to help users around the world create realistic mockups. According to the company, in 2020, nearly 3 million mockups were created using Smartmockups by users ranging from Fortune 500 companies to e-commerce enterprises.

The co-CEO of Oracle, Mark Hurd, is taking a leave of...