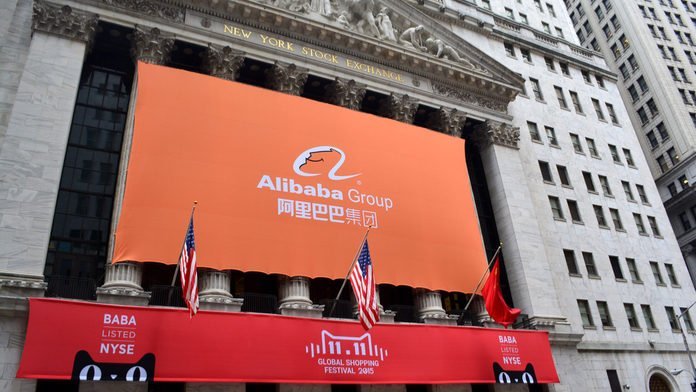 According to the latest finance news, MKM Partners have predicted that Alibaba will reach trillion-dollar valuation before its other internet peers. According to analysts if the bull market continues then it is very likely that there may be multiple companies with $1 Trillion valuation within the next 1-3 years.

The analysts have also predicted that while most people assume that Apple Company may be the first to achieve $ 1 Trillion market cap in 2019, the year 2021 is more likely to be when the barrier is broken by an internet company. They analysts further stated that Alibaba may actually have a chance for 2020 despite being the smallest of the mega caps today.

Alibaba currently has a market value of almost $440 billion according to FactSet and their share have shot up by 96 per cent in the year 2017 itself, compared with the S&P 500’s 20 percent return.

The analysts also noted that online commerce was growing twice as fast in China as compared to the rate in U.S. Alibaba’s monetization rate is currently one-sixth to one-eighth of Amazon’s.

An analyst, Rob Sanderson said that he believed that the opportunities for further monetization were plenty but he believed that BABA could have the best chance among other internet mega-caps to become the first $ 1 Trillion company.

He also believes that Alibaba could reach $ 1 Trillion market cap by 2020 if it generated earnings-per-share 20 per cent above expectations in 2018, grows earnings  by 45 per cent in 2019  and preserves it 24 times forward price-earnings ratio.

To be sure the analyst said that there various risks to Alibaba’s future including its ability to raise ad load and various other factors such as losses from Alicloud and other businesses.

The ACCC to launch inquiry into the ad tech service; focus...