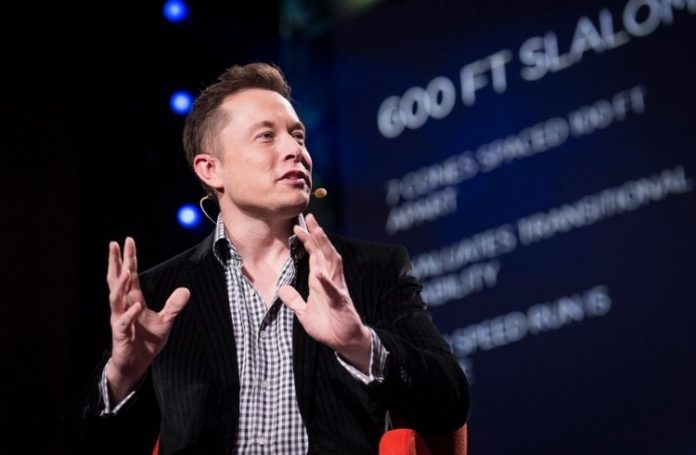 Elon Musk is someone who believes in thinking large and acting larger. Therefore, all Elon Musk companies are built with the same mentality. Best known as the owner of Tesla and SpaceX, he has also founded some other great companies that are doing brilliant things. If you want to know about the companies owned by Elon Musk and get inspired, you’ve come to the right place. But first, a little brief about who Musk is.

Who is Elon Musk?

Elon Reeve Musk is a South African businessman and entrepreneur who first founded X.com, an online payments bank, in 1999. He is also the founder of SpaceX (2002) and Tesla Motors (2003). He became a multimillionaire in his late 20s, when he sold one of his startups Zip2 to Compaq Computers. Musk came in the limelight when his rocket startup SpaceX launched a rocket built to send the first commercial vehicle to the ISS (International Space Station). Moreover, he cemented his position as an industry leader by stepping in an advisory role in the early days of administration of former President Donald Trump.

Though SpaceX (his ambitious rocket startup) and Tesla (his electrical vehicle company) are the most groundbreaking and most commonly known Elon Musk companies, he has a lot more going on. Here’s a list of a few mind blowing businesses and companies owned by Elon Musk.

Founded by Musk in December 2016, The Boring Company is an American tunnel and infrastructure services startup. One of the most thoughtful Elon Musk companies, The Boring Company aims to design and create subterranean tunnels that enable pedestrians, utilities, freight and autonomous electrical vehicles (EVs) to find a way around traffic on surface roads to get faster and directly from Point A to Point B. Musk founded The Boring Company after getting frustrated with Los Angeles traffic and the limitations of 2D (two-dimensional) transformation networks.

Basically, the startup is dedicated to reducing street traffic. In 2017, a test dig began on one of the SpaceX properties in LA. In October 2017, Musk posted a photo of his startup’s progress on his Instagram page. He said that the 500-foot tunnel would run parallel to Interstate 405 and would reach a length of 2 miles in about 4 months.

Neuralink is definitely one of the most futuristic Elon Musk companies. It is a neuro-tech company that is focused on developing ‘implantable brain-machine interfaces’. Headquartered in San Francisco, the cutting-edge Elon Musk company will use advanced technology to help individuals with paralysis and other disabilities to take control of their lives via the control of computers. And that’s just the initial goal of Neuralink. In the future, it also wants computers and mobile devices to give individuals the ability to communicate through speech or text synthesis, express their creativity via photography, writing apps or art and surf the internet. During a discussion in July 2019 discussion, he revealed that the devices will consist of microscopic chips that can be connected via Bluetooth to a smartphone.

As a proof-of-concept, Musk unveiled a pig called Gertrude in August 2020 that was implanted with a coin-sized computer chip in its brain. According to Elon Musk, Neuralink has already obtained an FDA breakthrough device designation that allows the company to conduct human testing (on a limited basis) under guidelines of the FDA. Furthermore, in February 2021, the Neuralink founder revealed that his company ‘wired up’ monkeys by implanting the microscopic chips into their skull. 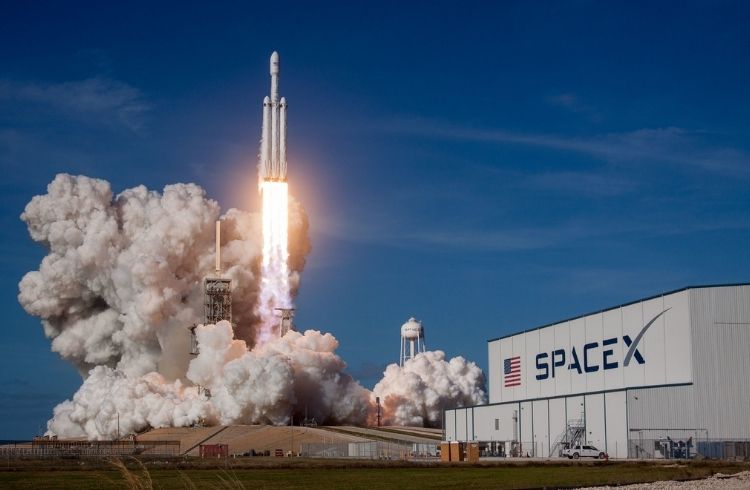 Out of Elon Musk’s all companies, perhaps this is the one that Musk is the most known for. Undoubtedly, SpaceX is the most exciting of all Elon Musk companies. Musk founded SpaceX in 2002 with the main goal of making mankind multiplanetary. Space Exploration Technologies Corp, commonly known as SpaceX, is an aerospace company owned by Elon Musk that designs, makes and launches spacecraft and rockets. It is the one and only privately-owned aerospace company (till date) that was able to return a spacecraft from low-Earth orbit.

After X.com and Zip2, SpaceX is the third company founded and owned by Elon Musk. The aerospace company was established with the intention of designing and building spacecrafts for commercial space travel. The company was standing tall by the year 2008 and that’s when the National Aeronautics and Space Administration (NASA) awarded SpaceX a contract to handle cargo transport to the ISS (International Space Station), in addition to plans for astronaut transport in the future.

On May 22, 2012, history was made by this Elon Musk company. Musk and SpaceX launched the Falcon 9 spacecraft into space with an unmanned capsule. The spacecraft was sent to the ISS loaded with about 1000 pounds of supplies for the astronauts stationed at the ISS, making it the first time a privately-held company being able to send a spacecraft to the International Space Station.

In 2017, SpaceX carried out a successful test flight and landing of a Falcon 9 rocket which was made from reusable parts. This groundbreaking development opened the door for affordable space travel. However, SpaceX had to face a setback in November 2017, when an explosion happened during a test of its new Block 5 Merlin engine. The company reported that there were no casualties and that the issue wouldn’t hamper its scheduled rollout of Falcon 9 rockets. In 2018, SpaceX achieved yet another milestone with the successful test launch of the Falcon Heavy rocket.

In 2019, SpaceX launched its first batch of 60 satellites. In November 2019, the initial launch was followed by another 60 satellites. Though this represented great and  significant progress SpaceX and other Elon Musk companies, appearance of the bright orbiters in the night sky (with the potential of hundreds of more to come), astronomers are worried that a proliferation of these satellites might increase the difficulty of studying distant objects in space. 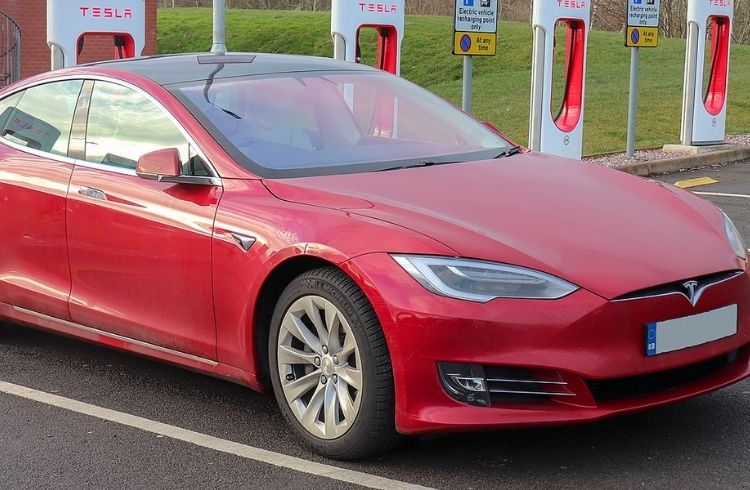 Elon Musk businesses and companies are known for being futuristic, out-of-the-box and visionary. Tesla is one such Elon Musk company. Tesla is a forward-looking electric vehicle manufacturer that can be credited (in-part) for popularizing the idea of battery-powered vehicles. The owner of Tesla launched the EV-maker in July 2003 and by 2005, Tesla revealed the prototype which was named the Roadster. The prototype then went into production in the year 2008. Today, Tesla offers a range of EVs, including a sedan, sports car and SUV. Soon, the company will offer electric pickup trucks and semi-trucks.

It is one of those Elon Musk companies that have expanded exponentially and beyond its core automotive business and invested heavily in clean energy production and storage. In the year 2016, Tesla acquired SolarCity which is also one of the Elon Musk companies and sells solar power systems.

All Elon Musk companies are established with the greater good in mind. One such company is SolarCity. SolarCity was founded in 2006 to promote sustainable energy products. Though it wasn’t founded by Musk, he helped his cousins in setting up this company. The company is dedicated to developing and selling solar roof tiles and solar panels. In 2016, Elon Musk-owned company Tesla acquired SolarCity. Basically, it is now a subsidy of Tesla. It was a $2.6 billion dollar deal which was solidified in order to merge his solar energy and electric car companies. A statement on the Tesla website said about the deal that storage and solar are at their best when they are together. As a merged entity, SolarCity (Solar) and Tesla Inc. (storage) can create fully integrated commercial, residential and grid sale products. The products are created to improve the way in which energy is generated, consumed and stored, said the statement.

In 2019, Tesla said the company will commence renting solar products and systems to customers in 6 US states starting at $50 per month, with the goal of boosting residential solar consumption and deployments. In 2020, Tesla claimed that Tesla Solar is the cheapest solar in the US priced at $1.49 per watt for solar panels, when federal tax credits are included.

OpenAI was in headlines in July 2020 when it launched and released GPT-3, a robust and the most powerful language model till date. The capabilities of GPT-3 are far beyond auto completing text. It has successfully been used to generate guitar tabs, short stories, images, technical manuals and even computer code. However, Elon Musk stepped down from the board of Open AI in 2018 saying that he is no longer closely involved with OpenAI. He cited a need to focus on his other companies as well as potential conflict of interest with the AI ambitions Tesla.

Does Elon Musk still own PayPal? 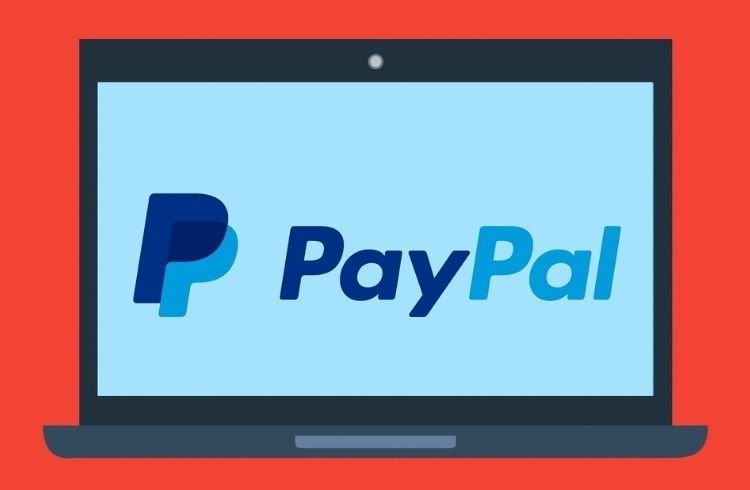 Not to be confused with X.Org or X-COM, X.com was an online bank that was co-founded by Harris Fricker, Christopher Payne, Ed Ho and of course, Elon Musk in 1999. It was one of the oldest companies owned by Elon Musk. Quite quickly, X.com merged with a Silicon Valley-based software company Confinity Inc. At the time of the merger, Musk said that he was attracted to Confinity because of its convenient payments system. The merged entity was renamed as PayPal.

American e-commerce giant eBay acquired PayPal in 2002 for $1.5 billion and in 2015, it was spun off and became an independent entity. Musk bought rights to X.com from the payments giant PayPal in 2017, citing sentimental value. Today, if you try to access X.com website on the internet, you’ll either be redirected to the website of The Boring Company or you might land on a page featuring a single ‘X’ in the top left corner.