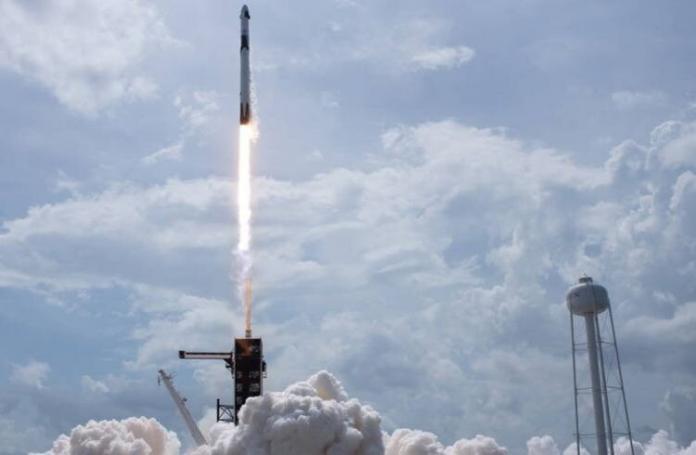 In a historic event, NASA Astronauts Robert Behnken & Douglas Hurley were launched into orbit in a spacecraft made by Elon Musk’s company SpaceX on Saturday, May 30th. NASA’s SpaceX Demo-2 is an end-to-end test flight mission that will validate the SpaceX crew transportation system. The test flight includes the launch, in-orbit, docking and landing operations. The launch that happened on Saturday is SpaceX’s 2nd flight test of its Crew Dragon capsule and the first test with astronauts on board.

Here’s what SpaceX tweeted about the launch:

On 27th May, the first attempt of the SpaceX Crew Dragon launch was postponed 17 minutes prior on the countdown clock on account of unfavourable weather conditions. The mission managers kept a close eye on the weather to find a window. Finally, the second successful launch attempt was made on 30th May.

The SpaceX Crew Dragon spacecraft carrying the astronauts lifted off at 3:22 p.m. EDT from Kennedy Space Center. On Sunday, May 31st, Crew Dragon went on to dock successfully with the International Space Station, which the astronauts are now safely aboard. The two astronauts of the mission joined their NASA colleague Chris Cassidy and two Russian cosmonauts aboard the ISS.

“Thank you for the first human ride on Falcon 9,” said Hurley from the flight deck after Crew Dragon reached orbit. He added that the ride was incredible and that he appreciates all the hard work.

Post the blast-off, the Falcon 9 rocket booster returned to Earth after the first-stage separation. It landed in the Atlantic Ocean and was recovered by the drone ship Of Course I Still Love You (OCISLY). Once Falcon 9 safely returns to land, SpaceX plans to reuse the booster for future launches. 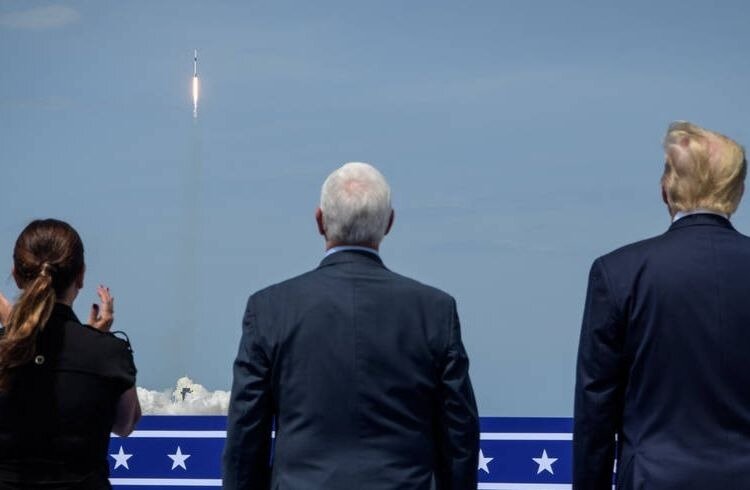 The launch was attended by U.S. President Donald Trump. Vice President Mike Pence and Second Lady Karen Pence were also present at the Kennedy Space Center for the launch.

The return of the Crew Dragon from the ISS

The two astronauts are to come back home sometime between 6 to 16 weeks from the launch. Once the date of return is finalised, the astronauts will board the Crew Dragon and undock from the ISS.

The return flight will also be fully automated. To protect the astronauts from the fiery descent to Earth, Crew Dragon has been equipped with heat shields. The capsule is also equipped with parachutes that are designed to gently slow down the descent. Once they land in the Atlantic Ocean, the capsule will be recovered by the SpaceX crew that will finally take them back ashore.

What’s next for SpaceX

SpaceX now plans to start flying astronauts to the ISS for operational missions later this year if all goes well. It also plans to begin offering seats to paying passengers for Crew Dragon space tourist trips as early as next year.

For almost a decade, NASA has been dependent on Russia’s Roscosmos and its Soyuz spacecraft to reach the ISS. This costs them roughly $200 billion of U.S. taxpayer’s money. The success of the SpaceX Crew Dragon mission could save them more than $30 million per astronaut per trip and also denote that NASA won’t have to rely on Russian spacecraft to send its astronauts to the ISS.