In this read, we’ll look at some of the interesting takeaways from Programmatic I/O, New York, and San Francisco which had innovators, industry leaders, researchers,  and analysts from both buying and selling sides of programmatic media and we’re going to be ending the study with some insightful case studies.

Before we dive further into the read let’s do a quick recap about what programmatic advertising is.

From the POV of publishers
Publishers use programmatic technology to make ad space for advertisers to showcase their advertisements. They use data to place the ads in respective places to generate media impressions thus generating revenue from potential advertisers.

From the POV of advertisers
Advertisers use automated programmatic buying software to buy and run ads on media spaces they purchase from publishers through real-time bidding. Advertisers use real-time data to target niche audiences based on various factors like demographic, and location and reach them efficiently at scale by placing them strategically in media ad spaces.

Now let’s look at the main takeaways from the Programmatic I/O expo:

1. Ads are to be more human-centric

With all the rut going on about data points, numbers, and statistics running around,  a customer is likely to be forgotten and masked as another brick on the wall and suddenly a human being with real emotions and a life is turned into a statistic or labeled as a user. Shenan Reed, the current head of media at L’oreal touched on this point and urged companies to invest more thought into making a meaningful ad that is more human-centric rather than it being all about the company. At the end of the day, a consumer will always prefer to buy rather than be sold and this prompt is nudged in an individual when he’s emotionally moved to make that decision rather than just knowing how fancy or shiny a product looks or how long a company has been in the business.

2. Results should be based on KPIs

Ellen Jantsch from Tuff touched on the topic of efficiently measuring the performance of an ad campaign. How any ad creative should be closely tied to the key performance indicators and there should be a continuous feedback loop for every ad and measured to make sure that every KPI and campaign goal is being hit. And these KPIs need to be tested and changed accordingly over time. What worked five years ago won’t be the same today so why not revisit if you’re targeting the right KPIs?. And KPIs are to be considered more on Lifetime Value(LTV) rather than just short-term achievable KPIs and increase focus on customer relationship to better the Customer Acquisition Cost(CAC). Ad campaigns have the potential to change a company’s standpoint for the better hence better care needs to be taken to optimize, re-iterate, test, and pivot while realigning with KPIs to achieve the best success.

A major topic discussed throughout the seminar was safeguarding user data privacy. With the continuous changes and efforts being made by the government with laws and rules to deal with companies using and selling user data, especially user location due to obvious reasons which can even be a reason to target for religious or political reasons.

Data is the bread and butter for every programmatic marketer and companies have to work their way with the laws passed and respect the boundaries of customer data and still figure out ways to leverage data to make meaningful connections with the audience.

The beloved cereal brand wanted to drive offline sales with the intervention of online ads. The company used the help of programmatic advertising from early 2014 and saw a substantial boost resulting in a 70%-80% boost in viewability rates.
The challenge faced by Kelloggs’ was an interesting one as they were trying to boost hand buys from customers through online intervention. Hence to understand offline purchases through online ads they tweaked their key performance indicators from just sales to viewability and frequency of the ad.

With the aid of programmatic advertising, they were able to increase the stickability of the brand in the user’s head enough to make offline purchases. Kellogs partnered with DoubleClick, an ad management and solution agency that made targeted ads that hyper-targeted the niche and hit the key performance indicators specifically.
Through this Kelloggs increased its viewability by 70% and almost tripled its audience targeting.
This shows that even an offline product can reap from programmatic advertising and companies should not hold back in programmatic ad solutions.

Retargeting of audience and building brand trust was the centric goal of what Air Asia wanted to achieve. After a recent disastrous event, Air Asia saw a dip in sales and wanted to earn back the trust of its customers. So instead of showing repeated ads about how good Air Asia is they re-targeted frequent flyers on their list reminding them about all the places they had visited previously which invoked a nostalgic and safe feeling they had when they previously used the service. They even started a Facebook ad for non-flyers showing them a humorous video about the prices and fares and targeted the frequent flyers about price reminders to the places they most frequently flew to.

Missing people is a nonprofit organization based out in the UK that helps people dislocated and lost from their families reunite and help families who have lost their loved ones. And being a non-profit organization it was difficult for them to get people to sign up for the charity with almost a non-existent budget.

Thanks to donations from advertising inventory(valued at 13M) the organization took the help of programmatic advertising and started a digital ad campaign. They created a location-based ad campaign that highlighted the charity’s Child Rescue Alert System. These ads encouraged people to sign up for the system and it had a resounding response.

More than 44,000 members signed up while usually only 10,000 members used to sign up for the cause as the main source of marketing was print ads. The response rate increased from 20% to 50%-70%. 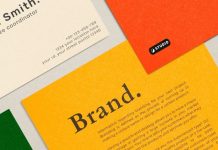 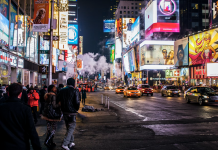 A Guide to Behavioral Targeting and the Future of Digital Ads 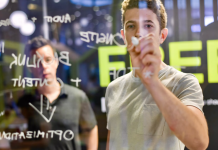 Search advertising problems that can be solved with custom programmatic solutions 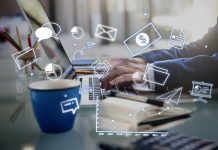 The rise of outdoor programmatic: What advertisers need to know 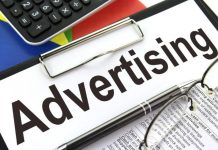 Mastering B2B programmatic advertising in 2023 – everything marketers need to know 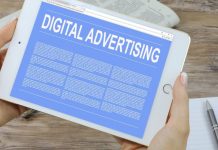 State of real-time bidding in 2023 – benefits, challenges, and road ahead