According to the latest tech news, IBM and the US Department of Energy unveiled on Friday, 8th June 2018, the world’s fastest computer. This new system is called Summit and is supposed to be eight times faster than Titan. Till now Titan was supposed to be the fastest supercomputer in the United States.

Not only Titan but Summit’s capacity is also more than double than the current world leader China’s Sunway TaihuLight. Designed by IBM and Nvidia, Summit is powered by the former’s Power 9 processors and the latter’s Tensor Core GPUs. This machine has been created upon an area about the size of two tennis courts at the DOE’s Oak Ridge National Lab situated in Tennessee.

This machine is capable of drawing up to 13 MW of power when firing on all cylinders. The new computing architecture developed for this machine combines AI computing capabilities and is equipped with traditional high performance computing ones.

However what makes it special is not only its raw processing power but the fact that it uses new computer architecture for handling huge amounts of data for artificial intelligence.

This supercomputer boasts of 200 petaflops, or quadrillion floating point operations every second. This means that it is capable of processing power 80 times more than the Chinese system. It consists of more than 4600 servers, each server having a direct access to a slice of memory and consisting of two of IBM’s Power processors along with 6 GPUs from Nvidia. All of these are linked with lightning-fast interconnects.

In the past few years, the top spots were held by other countries. However, with the Summit United States has found the perfect opportunity to retake the lead once again.

Keep reading iTMunch for the latest news, blogs, and update. 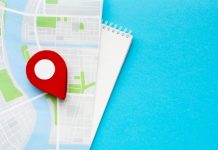