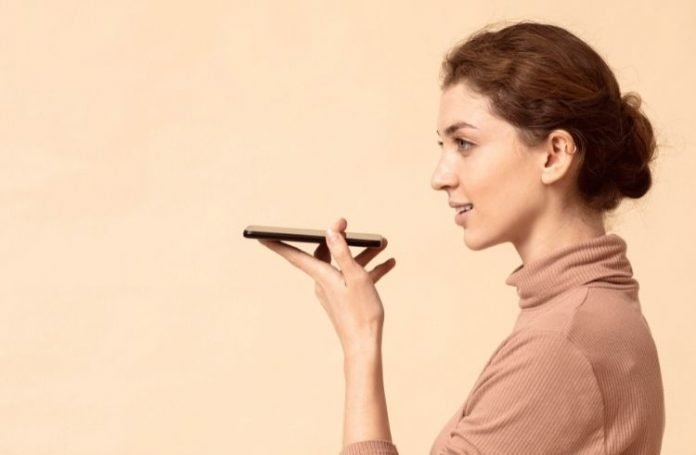 In today’s tech-driven era, rapid innovation has been shaping and reinventing our daily experiences. New, life-changing technologies are emerging everyday that make our lives better in some way or the other. Voice user interface is one such technology.

Voice user interface, or VUI, is a user interface which is used through speech. Typical VUI technology examples include smart speakers and voice assistants. VUIs are immensely intuitive as they harness the most natural way for humans to communicate with computer systems and other devices: Speech.

In this blog, we’ve covered what exactly is voice search interface, VUI examples, the psychology used behind the technology and its future.

What exactly is voice user interface?

In the simplest terms, VUIs allows us to interact with machines via speech or voice commands. Basically, VUI is what makes human interaction possible with computers. Voice user interface uses technologies like speech recognition (to comprehend commands spoken and answer accordingly) and ‘text-to-speech’ (to reply).

What makes VUI game-changing is that it enables a hands-free and eyes-free way for users to interact with a product while they can focus their attention somewhere else.

Where is voice user interface used

VUI technology has been increasingly used in automobiles, computer operating systems, home automation systems, home appliances (like microwave ovens, washing machines and television remote). This is the primary way we interact with virtual assistants on our smartphones and smart speakers.

Outdated automated attendants (which direct phone calls to the right extension) as well as interactive voice response systems (that conduct complicated transactions on the phone) can easily respond to the pressing of keypad buttons through DTMF tones. Those with a complete VUI enable callers to speak out their requests and responses without the need to press any buttons.

The psychology behind building successful VUI 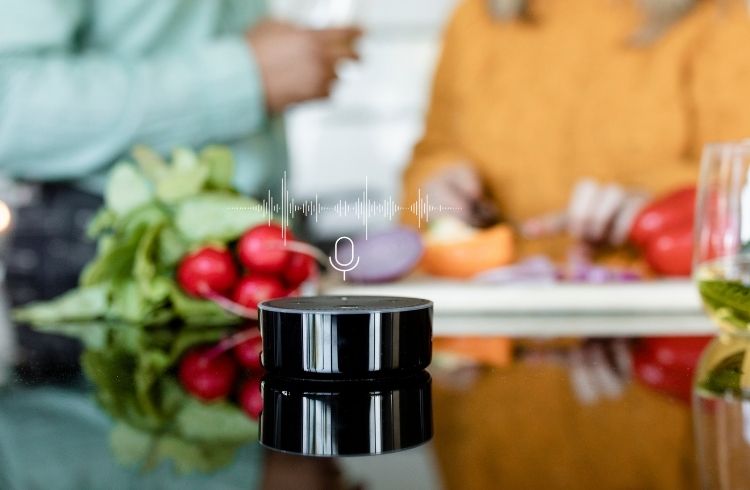 Normally, users think of voice technology as interpersonal communication and not as personal-technology communication. This is why, for voice user interface to succeed, it requires both – an exceptional spoken language interpretation capability and the ability to train users to understand the types of voice commands that can be given.

Using the guidelines of design to voice user interfaces is pointless and impossible. This is because in VIU, there’s no visual and when users are looking at a VUI, they have no clarity of what the interface is capable of doing or what their options are. Therefore, it is crucial that the system states clearly what the user can be with a VUI and tells its functionality.

How VUI is shaping consumer interactions with the world

According to research by Digital Commerce 360, digital spending represents 21.3% of the entire retail sales in 2020 in the United States [1]. A survey conducted of about 1500 online shoppers by Narvar, Inc. found that up to 43% voice search-enabled device users used VUI for shopping. It revealed that about 22% of these use voice search to look for products and 17% use VUI to order previously ordered products again [2].

With time, more users are getting familiar with VUI-based products and forming a habit of using voice search. As more users use nothing but their voice to communicate with their devices to perform tasks, VUI’s potential increasingly and heavily relies on how well VUI designers are able to position this technology as a gateway for users to have a more seamless experience.

VUI technology has been designed with a simple purpose which is to allow users to give voice commands to their device to learn via conversation. For example, a user can say “Play 90s pop songs,” and this will trigger the VUI device to pick the default service and play the music requested. As compared to a desktop or mobile device in which users would have to choose the service they prefer and then look for the music they want to listen to.

The big tech companies – Microsoft, Google, Amazon and Apple – compete head to head to be the “go-to” entry point of users when they’re looking for something. This is one of the reasons why these tech titans have ventured into the voice user interface world and introduced products like Siri, Cortana and Alexa.

Essentially, the VUI technology gives the tech companies another way to gain control over user’s interaction with technology and where and how they shop.

The technology is actually designed to automate many of your small, everyday tasks and actions, like turning on your music, getting real-time weather updates, finding the best Chinese restaurants near your home and reordering your favorite items.

What is the future of voice user interface

The current VUI model largely relies on default services. As the technology continues growing, it is becoming clear that there is an increasing space for brands in the layer between voice user interface and the end service. These companies and brands can provide another, mostly invisible, level of service, but they can focus on improving the experiences of VUI users.

As discussed earlier in this blog, VUI aims at automating tasks for users. At present, the makers of VUI dictate where your data comes from and where the orders are placed, when using a VUI device.

The new layer of companies must seek to disrupt the current monopoly to the advantage of the users. Rather than relying on defaults, the companies should consider adding a dynamic element to the VUI process. As long as the companies provide the right service as and when need arises and at the right price, most consumers won’t notice their role while they enjoy the benefits of improved service and more savings.

Undoubtedly, there’s stiff competition to control user experiences from the moment they interact with technology. But the future of VUI technology holds the promise of shifting this competition to the advantage of the users.

As the popularity of voice user interfaces grows and consistent improvements are made in its ease of use and security, the next natural step is to find ways to create a more effective, efficient and user-oriented experience.

[2] Narvar, Inc. (2020) “Connecting with Shoppers in the Age of Choice” [Online] Available from: https://see.narvar.com/Connecting-with-Shoppers-Report.html?utm_source=press&utm_medium=pressrelease [Accessed June 2021]

AI To Exceed Human Performance in the Next 45 Years