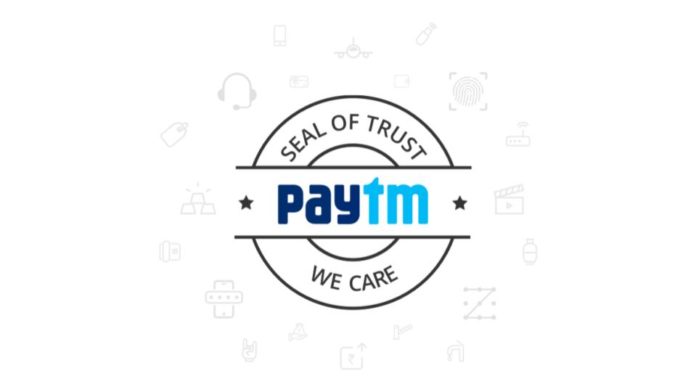 Paytm announced on Monday it has raised $1 billion in a new financing round.

As the Noida-headquartered firm, which previously ruled the local mobile payments market, strives to fight back giants like Google, Walmart’s PhonePe, and Facebook.

The company stated that the new financing round, named Series G, was directed by U.S. asset manager T. Rowe Price.

This evaluated the company at around $16 billion, higher than any other local startup, and a few of the high-profile Asian startups like Grab and Gojek.

One97 Communications, which manages Paytm, has raised more than $3.3 billion to date.

Paytm, the originator and chief executive, Vijay Shekhar Sharma, told that the firm would utilize the fresh capital to court retailers as the company looks to grow its presence between small and medium-sized businesses.

The company will further work on increasing its financial contributions, such as lending and insurance.

Paytm, which also provides its mobile wallet service in Japan, has gathered 15 million merchants, most of whom have appeared online in current years, in India, he said.

Paytm has concentrated on extending to other categories such as e-commerce platforms, games, and ticketing business.

The company is even aggressively seeking to sign up merchants over small towns and cities in India.

The company, which is assisting merchants in over 2,000 cities and towns in the country, heads the peer-to-merchant market, according to individual slides seen by TechCrunch.

As competition in India rises, so have the prices for various players.

The Effects of Competition

Paytm noted a loss of $549 million in the business year that ended in March, up from $206 million it announced in loss the year earlier.

PhonePe and Amazon Pay noted a collective loss that calculated over $500 million in the financial year ending in March.

In September, Paytm stated that across the next two years, it would invest an extra $2.7 billion in the business.

Sharma said that the company intends to consider filing for its IPO after two or three years.