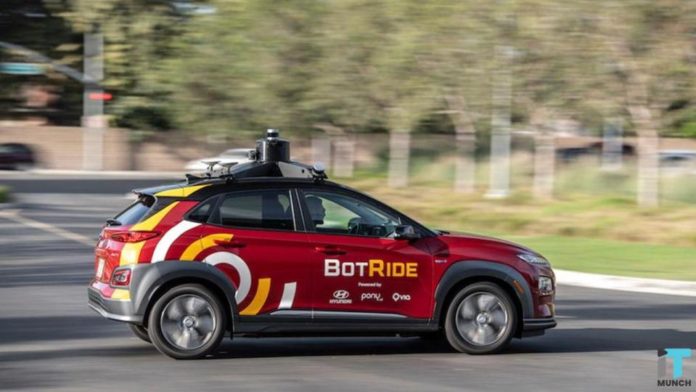 A line of electric, autonomous Hyundai Kona crossovers provided with a self-driving system from a Chinese startup Pony.ai and Via’s ride-hailing platform, will begin commuting customers on public roads next week.

The robotaxi service named BotRide will work on public roads in Irvine, California, launching on November 4.

This is not a driverless service; there will be a personal safety driver behind the wheel at all times.

However, it is one of the few ride-hailing leaders on California roads.

Barely four companies, AutoX, Pony.ai, Waymo, and Zoox, have the authority to operate a ride-hailing service using autonomous vehicles in the state of California.

How Does It Work?

Customers will be capable of ordering rides by a smartphone app, which will guide travelers to nearby locations for pick up and drop off.

Via’s expertise is on shared rides, and this platform strives for the same compound rider goal.

It further partners with cities and transportation officials, and now automakers starting robotaxi services providing clients access to their platform to use their shuttles.

Hyundai stated BotRide is “confirming its user experience in development for a fully driverless future.”

Hyundai did not reveal when this driverless future might come.

Whatever this driverless future finishes up looking like, Hyundai sees this pilot as a significant marker along the way.

Hyundai stated it is using BotRide to analyze consumer behavior in an autonomous ride-sharing environment.

This is according to Christopher Chang, who is head of business growth, strategy, and technology sector, Hyundai Motor Company. 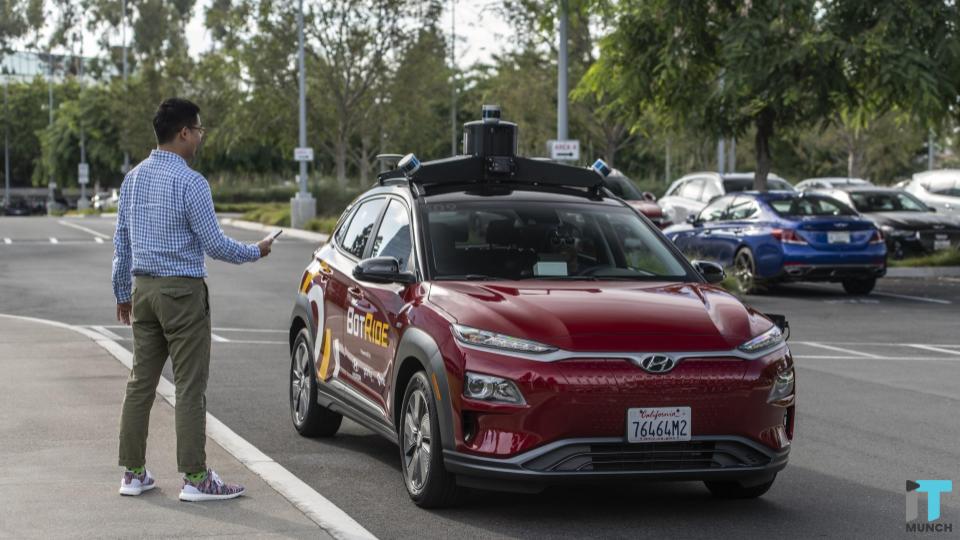 The Role of Pony.ai

Hyundai may be the household name behind BotRide; however, Pony.ai and Via are producing much of the heavy lifting.

Pony.ai is a comparative newcomer to the AV world, but it has previously raised $300 million on a $1.7 billion estimate and secured in partnerships with Toyota and Hyundai.

The company has services in China and California and about 500 employees globally.

It was established in late 2016 with support from Sequoia Capital China, IDG Capital, and Legend Capital.

SEE ALSO: Hyperloop: When, Where and How