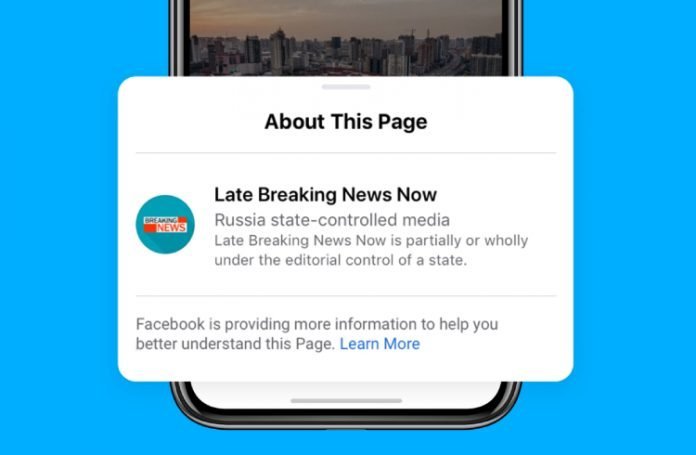 As an effort to make people more informed about where they get their news from, Facebook will label posts that are published by state-controlled media companies. The social media company will add labels to posts of media outlets it finds to be wholly or partly under the editorial control of their state government. Starting this summer, media agencies labelled will also be banned from purchasing ads. The decision has been taken by Facebook to provide people with “better transparency” ahead of the 2020 US elections.

As a part of Facebook’s election integrity efforts [1], several months ago Facebook had announced its plans to do this along with adding clearer fact-checking labels and banning ads that demote the power of voting.

Globally, the labels will be placed on the media company’s Page, Page Transparency section and Ad Library Page view. In the US, the labels will also appear in news feeds from this week itself. 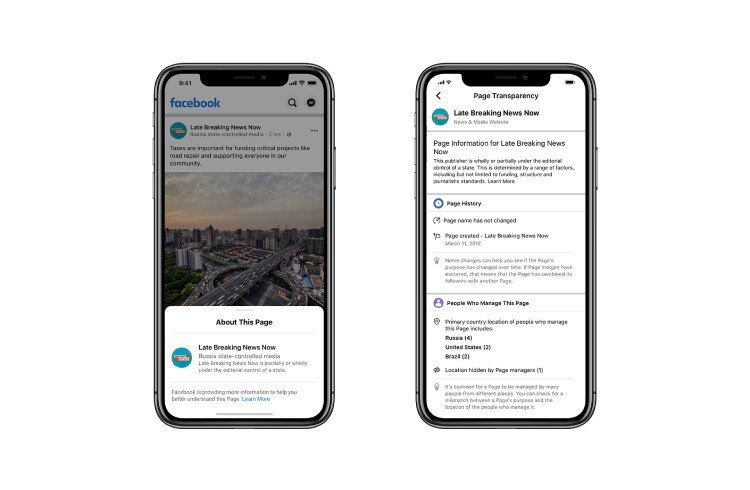 To add the labels diligently, the company has developed its own process. Here’s what you need to know about it.

According to the social networking company, the definition of state-owned media isn’t just having financial ownership or control. It also means an assessment of the editorial control that is exerted by a government.

To reform their policy criteria, the social media company consulted more than 65 experts in media, governance and human rights and development around the world. Doing this helped the company understand the degrees in which a government can exert editorial control over a media entity. Based on the findings and learnings from these experts, Facebook decided to look at various factors that might indicate partial or complete editorial control. These factors include the media company’s

Facebook adds that it also considers factors specific to a country such as including press freedom.

Publishers that want to prove their independence to Facebook

Media companies and publications that are looking to prove that they aren’t backed by the government, editorially or financially, will have to be able to demonstrate at least these three things:

It is to be noted that the labels will not be applied to news posts or entities that simply make a reference to a state-controlled or government-run media company. Additionally, the information in the posts published by these labelled organizations is not subject to any scrutiny or fact-checking. If the outlet thinks that it has been labelled incorrectly can submit an appeal that Facebook can review.