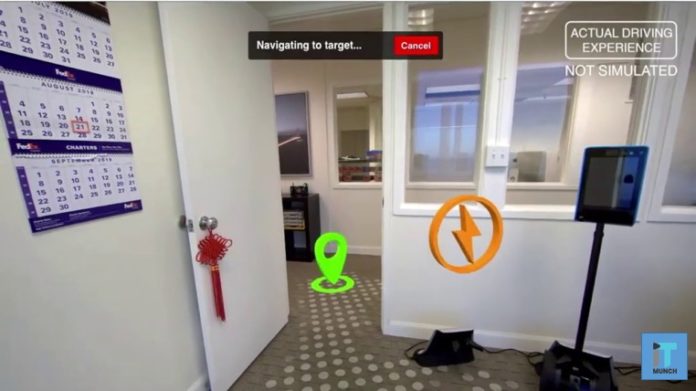 Double’s robot first got massive media attention when The Verge reporter, James Vincent, tried out the company’s first telepresence robot in 2015. Vincent has rolled around The Verge’s New York office while being physically located in London. He defined the experience like playing the game Doom, but in an office.

Now, the company is back with a new and improved robot called Double 3. This robot adds a mixed reality video, which lets the users choose the spots they want to drive to, instead of using a control pad. The improved version makes the users experience similar to being moved around like a Sim.

Additional Features In The Double 3

The Double 3 now has a range of 3D sensors which allows self-driving, letting the robot move around while avoiding any obstacles that come in the way.

The new “Click-to-drive” option shows dots on the floor for areas where the robot can move.

Also, two 13-megapixel cameras let the users pan and zoom around the screen. The cameras can tilt up and down, which is useful for zooming in to read papers on a desk, for example.

This whole interface is controlled from a web browser or mobile app.

As previous iterations of the Double were mainly iPads on wheels, where users needed to place an iPad on top of the robot for it to work, Double 3 is a vast improvement. Double 3 has a built-in screen to remove the need for a separate tablet and any fickle Bluetooth connections.

Even though these telepresence robots are still in a niche product category, the owners of Double Robotics say that it has sold more than over 11,000 robots so far. 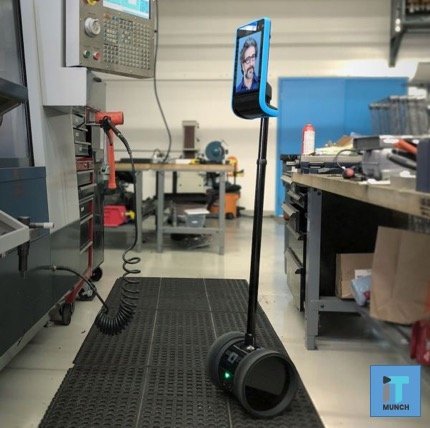 The Cost of Double 3

The Double 3 will be launching in September with a price starting at $3,999.

For the people who already own the Double 2, which is priced at $1,999, the Double 3 is compatible backwards with the Double 2 base, which allows you to add in the new control features to the old model.

The team of the Executive Education department at the MIT Sloan School of Management Office has been using these telepresence robots for the past two years. They have stated that telepresence robots have been quite a successful part of their flex work policy.