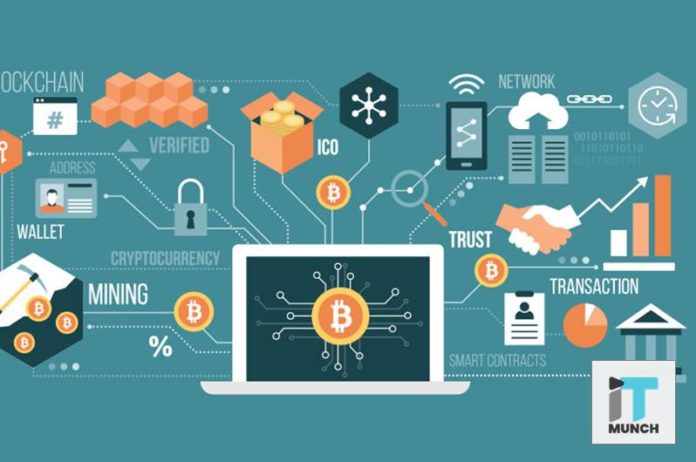 Bitcoin has turned out to be one of the biggest technology topics in the 21st century. Bitcoin has managed to snag quite a few headlines in the last few years. But many technology experts believe that blockchain, which the software methodology that powers bitcoin, can and will be used across multiple industries in the future. 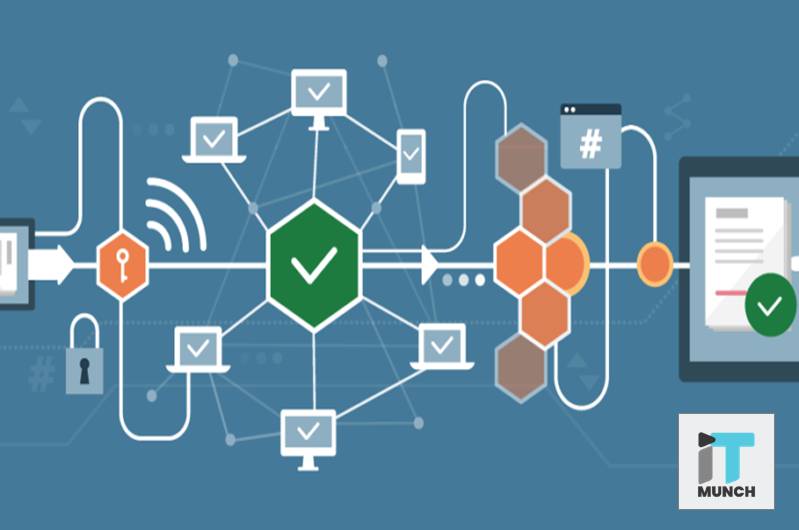 What is Blockchain Technology?

Blockchain technology is usually associated with the cryptocurrency Bitcoin. Bitcoin is a form of electronic cash. A blockchain investment could be valuable to businesses across industries even though many manufacturers and OEMs wonder why they should care about it at all.

So what is blockchain? The name blockchain comes from blocks, which are reports that are linked together using cryptography. When it comes to bitcoin, the public ledger records each and every electronic transaction that takes place. Blockchain gives way to distributed processing. This means that computers across a decentralized network are able to process and validate requests, instead of the usual large sized single server doing the work centrally.

Payment processors such as Visa need to run massive server farms so that they can verify and conduct all their transactions. Central banks also have huge computer systems and bureaucracies that help support their currency.

How does Blockchain Technology Work?

The ledger is perhaps the most important aspect when it comes to bitcoin and blockchain. Processing, accounting and verifying data takes up a lot of resources. With blockchain, it is possible to quickly and easily allocate all the resources that are needed to build and confirm the public ledger. With decentralized data, all the information is spread across a wide network in bits and pieces. This makes it impossible to corrupt. Due to the nature of the general ledger, which is open, it becomes easy to audit and verify transactions as well.

There are other cryptocurrencies besides bitcoin, such as Ethereum and Quorum. They run on blockchain methodology as well. Places like Goldman Sachs, JP Morgan and other major banks are examining blockchain technology for different ways to apply it to other more traditional financial sectors.

Blockchain is essentially the technology that underpins cryptocurrencies. It can also be used for many other applications by giving a secure, decentralized approach when it comes to distributing digital information in a way that can be shared but not modified.

Blockchain technology can be called an immutable database of ordered transactions, roughly like a financial ledger. The transactions that take place can be literal debits and credits, like the original Bitcoin. For other blockchains though, it has expanded to include any and all data that you could want to put on the blockchain. This can include pictures, weather reports, purchase orders, which can all be ordered in a sequence.

Because of this reason, blockchain is gaining traction as a means to verify transactions that take place across the supply chain.

The fact that the information cannot be altered is key to the success of blockchain technology. It is shared as well so that multiple entities are able to see the same data as a single version of the truth. This becomes the most powerful part about blockchain.

There can be discrepancies between systems without blockchain. With the blockchain technology, everyone sees exactly the same data.

Due to this reason, there are a number of applications that are ready for blockchain prototyping across various industries such as shipping, logistics, product authentication, and so on.

The applications of blockchain technology are rapidly expanding into other areas. Blockchain could be applied to contract management, warranty management as well as automated service agreements. It could also be put to use in usage-based financing. This means machine builders will receive financial compensation which will be based on the number of units that are produced at the end user’s site.

Machine-as-a-service is the ability to pay based on equipment performance.It has the potential to transform any OEM’s current sales model completely. This means that instead of selling a customer a $200,000 machine outright, the system could be paid for on a per unit basis.

To anybody who is considering blockchain, the first step would be to identify the case in business to understand whether or not it will add value. The problem that blockchain technology solves is providing a secure way to share data, and because of this there will be a new area that emerges as a valuable application for OEMs and manufacturers. This area is contract management across the supply chain.

Manufacturers live in a world that is mainly paper-based. This creates a very long trail of reviews and approvals that tend to get cumbersome. But there is a possibility of managing contracts using blockchain, known as smart contracts. These smart contracts allow multiple stakeholders to have visibility into the electronic documents while at the same time maintaining privacy.

The use of Ethereum is the enabler of smart contracts. However, It is an open-source and public blockchain-based distributed computing platform. It features the smart contract scripting functionality. Here, the rules of the contract defined and along with those, the penalties that surround the agreement can automatically be enforced by using the “if then” logic sequence.

How Can Blockchain Be Applied to Industrial Machinery?

Blockchain technology has the potential to enable “on-demand” manufacturing and equipment leasing. This can be achieved by using blockchain and the methodologies associated with it to monitor machine usage. This will allow OEMs to be able to easily lease machinery to end users as well as be financially compensated depending upon the usage and performance of that machine. In the end, the end-user enterprises can lower upfront capital outlays.

All industrial manufacturing equipment usually needs a large upfront investment. Many prospective clients do not have the financial ability to purchase the necessary equipment or the high cost may cause them to purchase less technologically advanced equipment. This lowers overall productivity and quality. By utilizing performance-based financing module, a small end-user will now be able to afford the newest and the most advanced machinery and become able enough to compete with the larger companies in their industry.

How Would the Blockchain Operate?

The first step involves the collection of data from the manufacturing machines. Then, this data is analyzed. Using blockchain methodology creates a transparent and incorruptible receipt of machine information. This information is sent to the OEM, end-users, and, in some cases, even financiers. The data that is visible to each type of user will be pertinent information that can be used to drive business decisions for that particular user. Machine data could consist of things like the total number of products produced, machine efficiency, its life-cycle and maintenance. The blockchain stores an immutable record of all of this machine activity.

Blockchain technology ensures that the data available is accurate and incorruptible. This adds a sense of security to every party participating in the transaction. It will also distribute the load of processing as well as manage the data. This minimizes costs while ensuring high-performance.

Advantages of Blockchain Within Manufacturing

There are a lot of benefits that come with using the blockchain methodology within the manufacturing industry. It has the potential to create scenarios that enable small companies to compete with the giants in their industries. This is done by allowing the smaller companies to be able to afford the most advanced equipment.

OEM’s now have the opportunity to sell their most advanced and most expensive equipment to new, smaller companies. This will make their client base grow.

The blockchain methodology also eliminates the need for trust to be the primary driver between all OEMs and end-users. Data can be the primary driver instead. The transparency of records will allow every party to view critical machine data that drives their business. This will help them in making decisions which will be based on that transparent data.

SEE ALSO: Performance of Cryptocurrency in 2018 and Predictions for 2019

Blockchain is Going to Change the World

Cryptocurrencies are currently a hot topic. But, the potential for blockchain technology is a lot more than just creating alternative currencies. The blockchain technology can be used to help revolutionize the manufacturing industry. This can be done by enabling new equipment financing options for OEMs, end-users, and financiers.

Robotics for More Than Just Automation: Robots to Help Patients with...