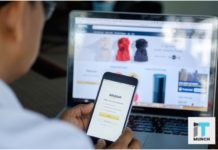 According to a Wall Street Journal report on Sunday, some Amazon employees have been selling user data in exchange for bribes. This is a very serious offence, especially for a company at that scale, and Amazon has promptly decided to look further into it. Read on to know more about this tech news.

The report claims that Amazon employees have sold confidential information and other internal data which is not privy to the public eye for bribes that start from 80 USD and go above 2,000 USD. WSJ also stated that they take at least 300 USD to take down a bad review, and the brokers who arrange for this transaction have a minimum five review policy. This practice has been taking place in the US and China, but mainly in China, and WSJ has cited examples of intermediaries in Shenzen that do the trade.

Customer information is extremely important to sellers because it helps them track the user’s habits, complaints, the frequency of need, and so on. Lists of keywords have also been allegedly leaked. These keywords are vital to the seller as they affect the ranking of their products. Better keywords result in a higher ranking in search lists. Along with this, they have also been reported to remove negative reviews and add fake, positive ones promoting their product. The middlemen use sites like WeChat to communicate with Amazon employees and offer them cash in exchange for information. Amazon has apparently been investigating the claim about the alteration of reviews for months, but they have yet to take any action.

This practice is a direct violation of Amazon’s company policy because they pride themselves on keeping the users’ information private. There were no figures mentioned, but with a company that employs over 5,60,000 people worldwide, this is possibly a big infringement of privacy.

Amazon’s Statement to the Data Claims

An Amazon representative released a statement which said that they were investigating until they got to the bottom of this issue and that it would not be taken lightly. Legal action could take place against the employees who have violated their code.

“We have set precise policies and have a Code of Business Conduct & Ethics in place for our employees. We implement sophisticated systems to audit and restrict access to information. We imply high standards of ethics on our employees and the one violating these codes faces serious repercussions including potential legal and criminal penalties as well as termination. In addition, we have zero tolerance for abuse of our systems and if we find bad actors who have engaged in this behavior, we will take strict action against them, such as taking legal action, withholding funds, deleting reviews and terminating their selling accounts without any prior notice. We are conducting a thorough investigation of these claims.”

Data privacy and data security are not taken lightly at Amazon, and the repercussions of this breach will be nothing short of severe.

Subscribe to iTMunch for the latest news, updates and developments in the world of technology, finance, HR, AI, marketing and reviews on the newest gadgets.