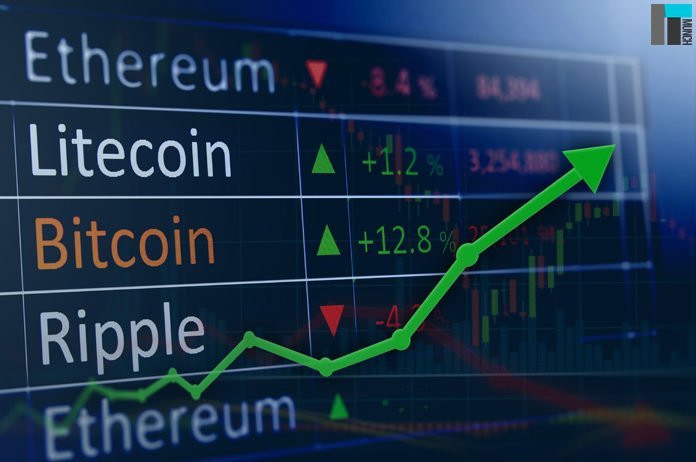 Currently, in the latest tech news, things like IoT, surgically assisted robotic systems, cancer immunotherapy and electric vehicles are all the rage. Yet, you could add all the gains coming from these industries, and you won’t even come close to the returns from cryptocurrencies since 2017 began.

While the popularity of almost all cryptocurrencies is undeniable, there are a few that stand out from the lot. Below is a list of the cryptocurrencies that performed extremely well in 2017:

The Star Performing Cryptocurrencies of 2017

The very first and still the largest cryptocurrency dating back to 2007, Bitcoin remains the king of the alternate currency market. Maintaining its position as the cryptocurrency with a well-established user base, the most admired reputation and the pioneer advantage, Bitcoin has seen a further gain of 375% this year. Moreover, as brands like Amazon and Subway now accept payment via Bitcoin, it has quickly become a popular form of payment in households as well. Bitcoin started in 2009 where its value was $0 during its very first year of existence and hit a new highest of $10,044 at 1:45 UTC on 29th November 2017.

Only being in existence for 2 years, Ether has leapfrogged over the rest of the cryptocurrencies and bagged its position as number two by market cap and popularity. This cryptocurrency has seen a 4,200% gain since January 1st, 2017 when one Ether token cost was a mere $8 and has now risen to $400.  Where so many rivals have failed to compete with Bitcoin, Ether is giving some serious competition to the pioneer of cryptocurrencies, due to its “smart contract” functionality. Joining the already powerful and influential Enterprise Ethereum Alliance, banking majors like JP Morgan Chase, Santander, ING, Credit Suisse and others have raised the bar. Currently, the value of Ethereum is USD 434. It has fluctuated between $8.34 (October 2016) and $203.30 (May 2017).

The unique member of the cryptocurrency family, ripple doesn’t have any physical or even metaphysical monetary representation. It is more like an incredible massive currency interchange application. It is not accepted in the retailing universe directly as you cannot spend Ripple on services and goods as with other alternate currencies. However, Ripple has still witnessed a 3,415% gain as it is extremely useful for trading and exchanging across an extensive and broad spectrum of other alternative and physical currencies. The lowest daily close for the XRP was recorded on 13th December 2016 which was the US $ 0.001223 and the highest recorded value was in May 2017 at $0.39. Currently, the value of Ripple is $0.23.

As the name suggests, Litecoin is the most similar to Bitcoin, often referred to as a direct alternative. Released in October 2011 by former Google employee Charles Lee, Litecoin was the star performer, until Ether stole its thunder. Even then, Litecoin has still seen a 1,725% gain due to its well-respected reputation and years of functionality. A wide range of industries, including advertising, electronics, website hosting, gaming, and apparels accept Litecoin for online payments. Besides this, merchant transaction and transferring properties via Litecoin is faster than other coins as Litecoin’s blockchain ledger updates a new block of transactions every two minutes. The lowest recorded value of Litecoin was on January 23, 2012, at $0.001302 and reached its highest value on 27th November at 2017 at $93.29. Currently, the value of litecoin has reached $93.16.

The reason why Monero stands out of among all the other cryptocurrencies is the level of privacy it offers. Ideal for entities that interested in altcoin mining operations and enjoy privacy, Monero is the perfect option. With 14 million units circulating as of mid-2017, this cryptocurrency has witnessed an 806% gain. The secret behind Monero’s commendable privacy is the ring signature technology, making this cryptocurrency ‘secure, private and untraceable’.  The price of monero’s XMR token has experienced significant volatility at times, climbing nearly 70% in the last month and more than 1,300% since it began trading on CoinMarketCap. Since inception, the cryptocurrency has fluctuated between roughly $0.25 (in January 2015) and close to $60 (in May 2017).

Short for Digital Cash, Dash has a strong focus on providing privacy to its user and like its name suggests; speed. With its high levels of user anonymity and operational functionality, Dash has seen a 3,024% gain. Previously known as the Darkcoin, its two developers Evan Duffield and Kyle Hagan continue to refine it and additionally develop it, in order to lose its association to the dark web. While having a market cap of $77, next in line is Dash Evolution which is an attempt to make the alternative currency more user-friendly. However, as of now, very few retailers accept Dash as a form of electronic cash payment. The value of Dash currency has fluctuated from lowest $5 (in November 2015) to highest $60 (in November 2017).

Making its appearance only in 2014, Stellar’s popularity has been unstoppable. Seeing a growth of 842%, Stellar is supported by the nonprofit Stellar Development Foundation. Stellar’s biggest competitor is Bytecoin, even though its price is better than the latter. However, ever since its partnership with IBM to increase the speed of global payments, Stellar is quickly making its way higher up on the list the best cryptocurrencies. The lowest recorded value of stellar was in March 2015 which was $0.0005 and highest on 28th November at $0.08. Currently, the price of Stellar is $0.07.

A second-generation cryptocurrency, NXT is both scalable and has features that go beyond the scope of traditional and alternative currencies. Boasting of providing a higher level of security than its rivals, NXT was programmed in a manner that makes it almost impossible for any miner or user to fork or fragment it. The 540% gain and ever-increasing popularity stem from this reason as even the top performers – Bitcoin and Ethereum have faced these problems in the past. Besides its high-security levels, NXT is also popular for its Transparent Forging. This feature speeds up the process so much that this cryptocurrency is currently competing with leaders in the processing field – MasterCard and Visa. The lowest value of NXT was in December 2014 at $0.0038 and highest in November 2017 at $0.20 and the latest value of NXT is $0.17.

Launched recently in 2017, IOTA seems to be the most promising from the cryptocurrencies newly launched. While the usefulness of its features and innovations will be revealed in time, IOTA has already seen a gain of 18% since its release. User and creators of this cryptocurrency claim that IOTA will prove to be the backbone of the newly autonomous Machine Economy. While these remain claims, one thing that is surely working for IOTA is its Tangle ledger that settles transactions without any fees, which is both scalable and extremely useful. Currently, the price of IOTA is $1.24 and was at its lowest in $0.161 in July 2017 and highest in November 2017 at $1.48.

Despite a gain of 8,662% and a dedicated following that spend 24hours mining this digital currency, the market value for NEM remains among the lowest. Born back in 2015, NEM includes a rewarding system, messaging and support for multisig transactions. NEM was at its lowest in April 2015 at $0.001 and at its highest in August 2017 at $0.33. The value of NEM as on 30th November 2017 has been recorded at $0.21.

While most currencies focus on investment and the banking market, the ‘joke currency’ has surprisingly garnered quite a following for itself. Modeled after the dog in the ‘doge’ memes, Dogecoin was released in 2013 by programmer Billy Markus. It is frequently used to tip users in forums and for donations. For example, the #Doge4Water fundraising campaign raised thousands of dollars.

In conclusion, there is still a lot to do in the cryptocurrency space, but the foundations have been laid. Outside of this list, there are multiple cryptocurrencies that have launched or will be launched that incorporate numerous types of advantages.

Stay tuned for our update about the top 10 currencies that are predicted to perform in 2018. Only time will tell if these top 10 coins make the list or are dethroned by the others. Till then, keep reading iTMunch for latest IT and tech news.

Technology takes over the financial industry