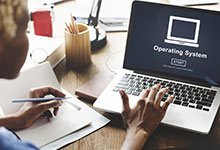 No doubt, Red Hat and Ubuntu are two of the biggest names in the Linux world. These distributions come from different background. However, their functionalities overlap to a large extent. Users searching for open source software can opt for either the Red Hat or Ubuntu distribution. Keep reading to understand who dominates the Red Hat vs Ubuntu comparison!

Let’s start with the basics. What is an operating system? An OS is a software program that can control and operate all other programs which are installed on top of it. It is also responsible for the effective utlization of a system memory. The most popular and widely-used OS today are Mac, Windows, Ubuntu, Linux, Red Hat, iOS and Unix. The key components of an OS are: User Inferface (UI), Kernel and application programming interface (API).

Linux is a community-oriented operating system. It runs across numerous computers in the market, and there are many distributors that bring this OS to computer systems. Among them are the market leaders, Ubuntu and Red Hat.

Enter your email address to continue reading about the 13 key differences between RedHat and Ubuntu.

Over the years, the company name Red Hat has become synonymous with its namesake operating system. Nowadays, the term ‘Red Hat’ usually denotes Red Hat Enterprise Linux. It is strictly an enterprise Linux distribution that is targeted at large corporations. This is an important distinction from Ubuntu which centres around individual home users.

Red Hat Enterprise Linux (RHEL) is well-known for its security-oriented features. Additionally, it can work with the older versions of most software packages. These include desktop environments and graphic card drivers. RHEL maintains its compatibility with other enterprise applications and high security capabilities. Red Hat enables these package features through the backporting of bug and security fixes. It supports almost all type of loads, irrespective of whether they are a virtual, physical or cloud system.

Red Hat has developed SELinux, a Linux kernel security module. It provides an effective mechanism to support security policies for access control. Currently, RHEL has SELinux enabled by default. It is a key component of Linux installations.

Red Hat Enterprise Linux and other Linux distributions are completely different from one another. There is a support contract that REHL users need to sign. In such cases, large companies easily agree because they need service from vendors as well as professional support. But individual Linux users at home do not need assistance to solve operating system problems.

In the comparison between Red Hat and Ubuntu, it is important to note that there is a third alternative. CentOS is another Linux enterprise distribution that is based on RHEL. The key distinction in Red Hat vs CentOS is the paid support feature.

The meaning of Ubuntu is ‘humanity to others.’ Ubuntu is another open source OS Linux distribution. With over 20 million users under its belt, it is widely used for personal, educational, and business purposes. In 2004, a Canadian software company named Canonical Ltd released the debut version of Ubuntu. A South-African entrepreneur Mark Shuttleworth funded and founded the UK-based software company. The basic difference between Red Hat and Ubuntu is that the latter isn’t a Linux distribution originally. It was built on the Linux Kernel’s earliest operating system named Debian.

Debian was first released in 1993. Despite this, Ubuntu has managed to churn out various derivatives such as Mythbuntu, Bodhi Linux and Linux Mint. Currently, Linux Mint is the most popular distribution of Linux. One of the USPs of Ubuntu is that its core focus from the start has always been usability. This has helped it become a household name around the world.

Similar to Red Hat Ubuntu also provides support contracts. This is despite the fact the distribution generally runs on personal computers. On comparing the market share and usage statistics of Linux, Ubuntu is the clear winner. It is the most widely used Linux distribution on website servers. This can easily lead to the assumption that in the race between Red Hat and Ubuntu, the latter comes out on top.

The truth is, third-party enterprise enterprise tools work well on both Ubuntu and Red Hat. Yet, most important operating systems prefer to run on enterprise-grade solutions such as RHEL. There is a reason why the percentage of Ubuntu servers is so high. This is due to the fact that security systems generally conceal details about the OS they use.

The approach adopted by Ubuntu is to offer its users various tailored versions. This helps to remain focused on usability and prioritize updated features over security and stability. Hence, Ubuntu is adaptable for multiple servers, desktop computers, tablets and smartphones.

Another difference between Ubuntu and Red Hat is that the former does not back port bug fixes and security updates. Instead, Ubuntu releases new package versions as and when they are available. Similar to SELinux, Ubuntu uses AppArmour. It is a Linux kernel security module that uses per-program profiles to restrict program capabilities.

Everyday Use: Red Hat or Ubuntu?

Both Red Hat and Ubuntu favour the use of Linux Kernel and GNU core utilities, a widely used package containing basic tools. This means that the same applications and commands can be used on both the distributions. Still, Red Hat uses RPM package manager for its package management system. Meanwhile, Ubuntu prefers Debian packages for its software package format.

These differences between Ubuntu and Red Hat with regard to desktop environment are purely from a visual perspective. These relatively minor variations are mainly from the point of view of the end user.

SEE ALSO: Cloud Computing- A Fuss or A Force to Be Reckoned with?

Listed below are the most important differences between the Ubuntu and Red Hat operating systems.

Ubuntu is built using Debian as its core foundation. Hence, all it is features and properties are derived from the existing OS Debian. In contrast, Red Hat is an independently built OS that is not derived from any sources.

A package manager is similar to a program or device manager. It allows systems to install, upgrade and remove programs. The package manager extensions for Ubuntu and Red Hat are ‘.deb’ and ‘.rpm’, referring to the Debian and Red Hat Package Manager respectively.

Ubuntu mainly focuses on desktop users, working on it access and user-friendly features. Red Hat is first and foremost focused on server platforms

Docker is a software platform that helps in the management of virtual application containers. Both Ubuntu and Red Hat offer the option to integrate Docker. In addition, Red Hat also provides certified Docker applications.

Ubuntu is a fairly simplified operating system and provides extensive support. On the contrary, Red Hat opts for features like system performance and stability over support. Due to this reason, it easily ships with older package versions in the market. Red Hat also offers support for up to ten years. 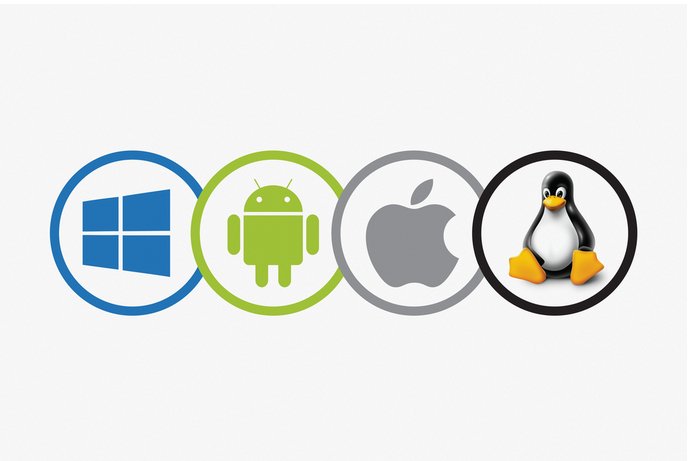 Both the companies hold a recognised commercial support, and when pushing these systems to cloud Ubuntu remains fully functional with excellent support.

Docker is a software platform which allows managing virtualized applications containers. So both Ubuntu vs Redhat provide integration of Docker. But Red hat keeps ahead by certifying Docker applications.

Ubuntu is fairly simplified and provides extensive support for its OS, Redhat opts for stability and performance of the system over support factors. To maintain this it ships with older packages into the market which ensures a lot for its solidity and stability. but to stay on a fact the period of support for red hat stays over a long time as up to 10 years mark.

Redhat is difficult for beginners usage since it is more of CLI based system and doesn’t, Comparatively Ubuntu is Easy to use for beginners . also Ubuntu has a big community which readily helps its users also Ubuntu server will be a lot easier with prior exposure to Ubuntu Desktop.

While Ubuntu is leading in the top 10k, top 100k and top 1 million and the entire web, Red Hat is lagging behind in all the segments.

Ubuntu is the clear winner in countries like Russia, the United States, the United Kingdom, Germany and 225 more. Red Hat is the preferred operating system only in Japan.

Red Hat vs Ubuntu in a Nutshell

No doubt, there is a significant overlap between the features of Ubuntu and Red Hat. However, both distributions have a unique target audience. While Ubuntu feels right at home on desktop computers and less complex servers, Red Hat finds mass appeal in enterprises.

The customer base for Red Hat Linux includes large corporations requiring top-notch security and professional support. They are more willing to shell out money for additional paid support and services. Meanwhile, Ubuntu finds a place with both amateur and professionals working with simpler web servers. Most operating system experts recommend that Linux newbies start with Ubuntu due to the availability of online resources.

World Wide Web: After 30 Years, What Can You Expect in...