Artificial embryos, AI in the cloud and neural AI networks. Welcome to the fascinating and all-encompassing world of artificial intelligence. Where man meets machines to shape the way we work and live now and for many more years to come. Trending in the latest AI news, new artificial intelligence technology such as Generative Adversarial Networks (GANs) is giving imagination to machines. Artificial embryos are redefining the creation of life and completely clean energy is being generated from natural gas; the list of crowning accomplishments in the field keeps increasing. 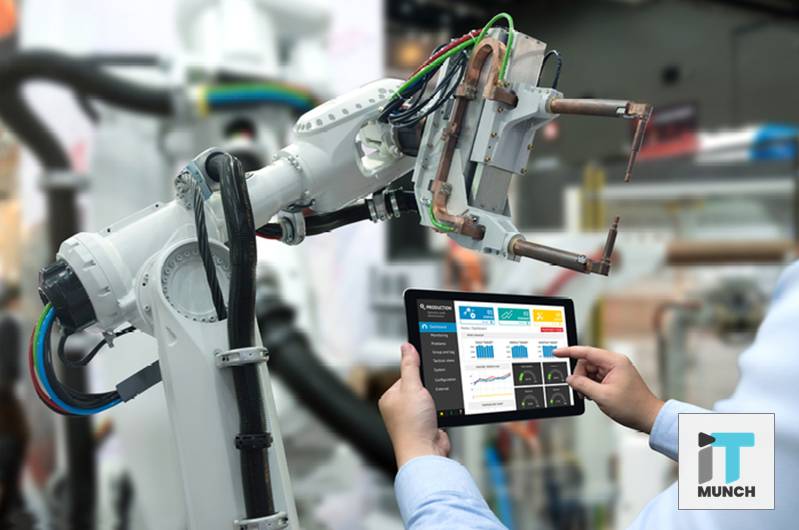 It definitely looks like Steven Spielberg’s cult classic A.I. Artificial Intelligence will soon be a reality. Read on to learn everything you need to know about artificial intelligence as well as the top AI breakthroughs of 2018.

However, Siri’s functionality is limited to the box created by Apple. The voice-activated tool can only pull information from the applications on the user’s phone. These include browsing the web to answer queries, play music, and fetch information about the weather conditions.

While these features are quite impressive, they do not encompass true artificial general intelligence. A machine with AGI would be able to perform any task akin to a human being. A computer with A.I. learns through the means of trial and error just the way a human does. Today, a computer is able to perform tasks based on the user or programmer’s instructions. It is unable to learn from mistakes or take decisions based in intuition like a living breathing person. Thanks to technological advancements, this may soon be a breakthrough in AI.

An Introduction to Artificial Intelligence

“We are now solving problems with machine learning and artificial intelligence that were … in the realm of science fiction for the last several decades. And natural language understanding, machine vision problems, it really is an amazing renaissance.”

Many experts believe that by the year 2050, robots will have achieved human-like intelligence. That is the power of A.I. Also, the economy will be governed by A.I. meaning that 25% of the job-based tasks will be automated by as early as 2019. Interactions between businesses and customers will also become more A.I. driven. By the end of this decade, 85% of all customer interactions would be sans human customer service executives.

The Top AI Breakthroughs of 2018

This past year was a key milestone for embryologists in the UK’s University of Cambridge. With the help of stem cells, the talented scientists have grown realistic-looking mouse embryos. There are no eggs or sperms involved in the process, only cells secured from another embryo. These synthetic embryos are the first step towards making an artificial embryo out of human stem cells. These synthetic human embryos would truly be a boon to researchers and scientists. 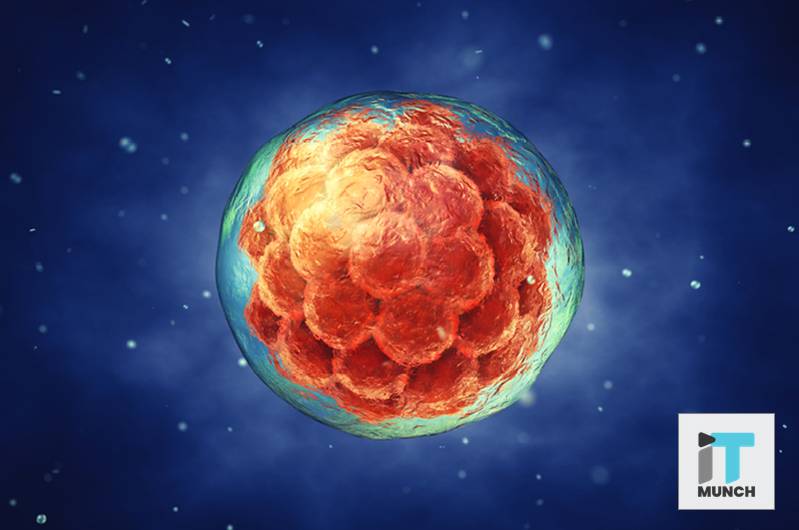 One of the biggest hurdles in getting machines to mimic the functioning of the human brain is the capturing of the creative essence. Traditionally, computers are able to answer only true or false questions, solve mathematical equations and perform intellectual tasks requiring a wrong or right answer.

However tasks like writing a novel or making a painting do not require a correct answer. While it may have sounded like a crazy idea initially, achieving the nearly impossible is now a reality. Making headlines around the world a Japanese AI wrote a book using a complex neural network. Moreover, the book nearly won a literary award!

Although the AI required some help from humans with regards to the plot and character, the sentence structure and language came autonomously from the AI. Naturally, this technology is only expected to improve and become more efficient in the future.

Progress, a market leader in application development and digital experience, developed a technology that was recently declared the ‘Best Chatbot Solution’ at the 2018 AI Breakthrough Awards. The artificial intelligence-driven platform Progress® NativeChat™ is used for creating and deploying chatbots.

Unlike the technology used by other chatbots, the NativeChat platform is based on the CognitiveFlow technology which currently has a pending patent. The AI tool can be trained with goals, examples and data from existing systems. This is quite similar to the process of training new customer service representatives.

Thanks to NativeChat, organizations can now easily give their customers the ability to converse and transact in a seemingly natural way. They can do so using a communication channel of their choice, eliminating the need for a service executive on the other end.

Granted, 3-D printing has been around for decades. Until recently, it was mostly used by prototype designers and hobbyists. Moreover, the process of printing objects with anything other than plastic materials or metal is painfully slow and expensive. Things are looking up with 3-D printing companies like Markforged and Desktop Metal. Last year, the two startups launched the first 3-D metal printer under $100,000 and immediately began shipping the metal prototype machines.

Thanks to the latest innovation, it has become cheap, easy and potentially practical to manufacture parts. The artificial intelligence research behind this technology has helped to create stronger, yet lighter parts with complex shapes. The printing of metal parts is much simpler thanks to artificial intelligence software which can generate designs that are ready for 3-D printing.

5. Artificial Intelligence Technology for Everybody

Up until recently, AI had mostly been a plaything for tech giants like Amazon, Google, Microsoft, Baidu and other startups. Most companies and economies are unable to afford the technology and infrastructure behind AI. Moreover, it is also quite difficult to implement.

The simplest and most straightforward solution to this is developing machine learning tools that are based in the cloud. Currently, Amazon is dominating the field of cloud AI thanks to its AWS subsidiary. Now, Google is challenging its superiority with its open source AI library, TensorFlow. The tool is useful to build other machine learning software. Recently, Google also announced a suite of pre-trained systems called Cloud AutoML. The software will make AI simpler for users who are beginners.

New and exciting things are in store for Microsoft’s AI-powered cloud platform, Azure. The tech leader is all set to team up with Amazon to provide users with an open-source deep-learning library called Gluon. The tool will make building neural nets as simple as building a smartphone application. For those who don’t know neural nets are an essential part of AI technology that can crudely mimic the functioning of the human brain.

SEE ALSO: How Google Innovates: The Road map of Excellence

Other Artificial Intelligence Breakthroughs Worth Mention

Apart from the breakthrough AI technology mentioned above, 2018 was a great year of firsts. Thanks to smart sensing cities, urban areas can now become more livable, affordable, and environmentally friendly. Key players such as Sidewalk Labs and Waterfront Toronto are striving to make Canada’s neighbourhood the world’s first place to successfully integrate cutting-edge urban design along with state-of-the-art digital technology.

The development of duelling neural networks can now give machines a sense of imagination. Two AI systems sparring with one another can help create ultra-realistic original sounds and images; a phenomenon never seen before in machines. Additionally, GANs or Generative Adversarial Networks have been put to use creating photorealistic fake imagery and realistic-sounding speech. These breakthrough technologies besides many others feature in MIT’s prestigious list of 10 breakthrough technologies of 2018.

Another breakthrough artificial intelligence tool that made waves was Netradyne. The company is a market leader in Artificial Intelligence (AI) technology that focuses on the driver and commercial fleet safety. Its Driveri™ platform was selected as the winner of the “Best AI-based Solution for Transportation”. The core belief of the company is driving forward the AI potential in all aspects of transportation. This includes commercial trucks and autonomous vehicles.

Trends in Artificial Intelligence in 2018 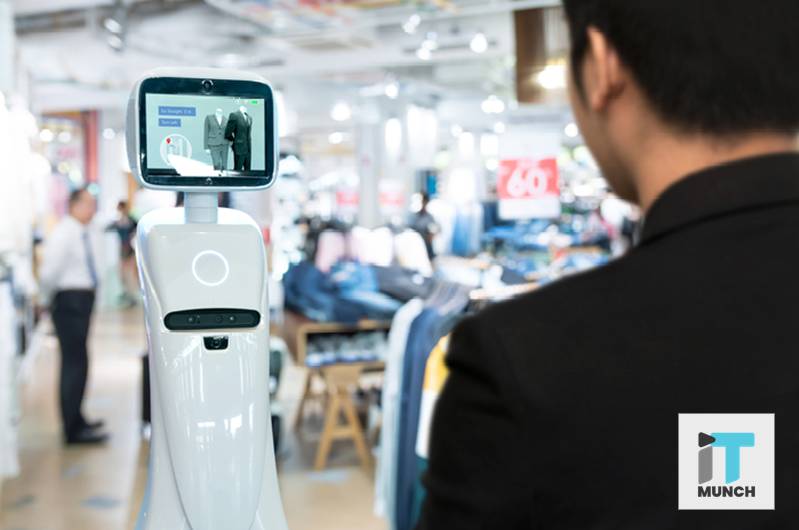 The benefits of artificial intelligence across all industries and sectors are numerous and cannot be ignored. For most of the population, artificial intelligence won’t largely affect people’s lives at least for the next decade. However, the hype is real and AI has truly become a necessity for many businesses that work closely with data.

Tech giants Like Google and Amazon are in neck-to-neck competition to dominate the field of artificial intelligence. Countries like China have taken some serious steps to become leaders in the field of AI. The looming threat of many jobs being automated is real, and AI experts have seen some unprecedented advances in deep neural networks.

Here are some of the trends in artificial intelligence in 2018 that are currently grabbing eyeballs around the world:

Peer-to-Peer or P2P networking enables enterprises to control and distribute data from single systems to peers. The integration of artificial intelligence in P2P is believed to be the greatest implementation of AI to date.

2. Implementation of AI for CRM:

2018 has been a breakthrough year for customer relationship management. Many organizations are already implementing A.I into their CRM software.

3. AI is becoming more accessible for all:

Until a  few years ago, artificial intelligence was solely the prerogative of big tech companies like Apple, Google and Microsoft. They were the among the only companies that could hire an army of the best tech industry talent and invest a truckload of money into innovative solutions. Today, thanks to the cloud, almost any company can capitalize on AI.

Marketing is an essential element in increasing the sales of every business. An innovative product may have a lot of potential but good marketing can help skyrocket the product’s sales. With the help of AI and machine learning, companies are using chatbots as conversational agents to interact with humans. After studying the purchasing habits and behavioural patterns of customers, these chatbots are able to retarget ads based on customer preferences.

Recruitment processes are quickly evolving in order to hire more candidates for organizations. Using AI-based data analytics, enterprises can easily formulate patterns to narrow down the steps for recruiting candidates. Machine learning plays a crucial role in this process by offering real-time insights to screen candidates.

Conclusion: The Future of Artificial Intelligence 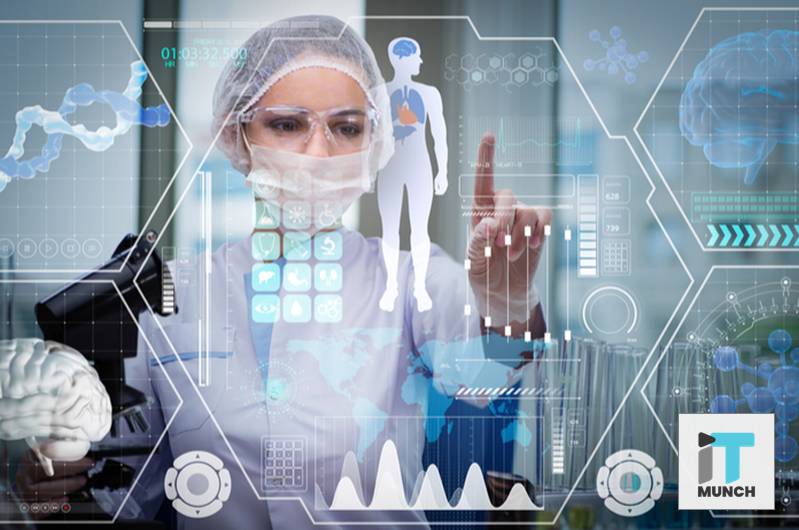 Most companies still don’t have enough knowledgeable resources who know how to use cloud AI efficiently and effectively. Thus, market leaders like Amazon and Google are setting up consultancy services to offer in-depth training and educational services. The real AI revolution can only begin once the cloud is able to place technology within almost everyone’s reach.

Subscribe to iTMunch for news and updates about the latest technologies in the world of AI, finance and marketing.

Everything To Know About The Concept of Neuroscience & Beauty for Brands

Data Analysis methods: How BI helps to analyse your data

Marketing Priyanka Khanapure - January 20, 2020
All most, 7 million of Instagram’s 1 billion-plus consumers have downloaded its standalone IGTV app in the last 18 months since launch. And presently, Instagram’s...

Marketing Prerna - January 19, 2020
Zendesk obtained Base CRM in 2018 to give consumers a CRM element to go with its core consumer service software.  After buying the company, it...

Wonderbly introduces Wonderbly Studios to allow other brands to use its personalization API for...

Marketing Aditi Gade - January 17, 2020
Wonderbly is a personalized book publisher supported by Google Ventures and famously known for the breakout hit “Lost My Name.”  It is revealing Wonderbly Studios...

HR Prerna - January 16, 2020
The change of the keeper at Alphabet continues.  It's hardly been a month since Google originators Larry Page and Sergey Brin announced they would be...

New AI Transforms a Dancer into a Pianist

Aditi Gade - February 5, 2018
We use cookies to ensure that we give you the best experience on our website. If you continue to use this site we will assume that you are happy with it.Ok